“Time Is Passed” for Foxtails Brigade, and their Music is Only Getting Stronger

Already sick of all the cheesy holiday music spinning on repeat at grocery stores, drug stores, and on major radio stations? Well Bay Area rising chamber-pop musician Laura Weinbach has an answer for you. Pick up a copy of her band’s second full length album Time Is Passed, with boyfriend Anton Patnzer and enjoy her fairy tale sounds. At turns jazzy (“We’ll Always Have the Moon”), whimsical (“Lost”), and humorous (“Unfairness Awareness”), this album showcases her beautiful voice, music-box sounds accompanying cello and guitar (“Winter’s Feat”), and makes great use of Patzner (of string metal band Judgement Day) on violin.

The two put on a killer live show, and can be found in many Bay Area venues as well as tours along the coast. While some songs could provide company for a winter’s daydream, others sound like your dollhouse has come alive and is serenading the room with wacky observations of events unfolding. The stand out track for me is “Afterglow”, which weaves a soothing spell thanks to Weinbach’s voice and the slowly unfolding musical accompaniment. As a winter album, this song is a fantastic narration for this time of year, when the end of daylight savings takes the sun frustratingly early but the sunsets are superbly gorgeous. 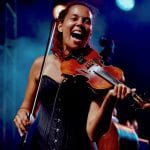 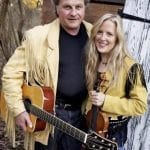