When a veritable who’s who of Houston’s local music scene get together to embark on a guitar-wielding slasher pic simply titled Honky Tonk Blood you have to wonder what the hell they were thinking?

This is a horror film five years in the making, a sort of tribute to the city and the music that gave it life, but as slasher pictures go, death must follow.

After all, clawing your way to the top of the music industry can be a hellish ride and someone has to die. Blood must be spilled and grave results follow when the stars on Falstaff records start dying for fame.

It tours through several genres, film noir, thriller, documentary, spaghetti western, and b-movie classics but through all the blood-stained sheets, the soundtrack alone includes music from the best Houston has to offer with tracks by Johnny Falstaff, John Evans Band,  Southern Backtones, Sideshow Tramps and Two Star Symphony.

Whether or not this tops the list of cult movie classics remains to be seen, but if you call yourself a fan of Houston honky tonk, this is a must see. 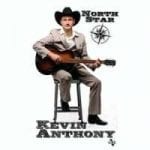