These are a Few of My Favorite (Guitar) Tones: Electric Americana Edition

On my guitar blog New.Old.Stock., I have a semi-regular column called “These are a Few of My Favorite Tones,” highlighting my favorite recorded guitar sounds. Back in March I dedicated an edition of “My Favorite Tones” to acoustic Americana music. Time for the electric follow-up.

Luther Perkins on “Folsom Prison Blues,” from With His Hot and Blue Guitar by Johnny Cash

There are few guitar sounds more iconic yet understated than Luther Perkins’ contribution to the rhythmic bedrock of Johnny Cash’s Tennessee Three. Perkins was not a flashy lead picker; he largely stuck to a template of muted right-hand rhythm and repeated melodic hooks during vocal breaks. Nonetheless, his playing helped define the Cash sound through the fifties and sixties (before his tragic death in a 1968 fire). Luther played the boogie with a Fender Esquire or Jazzmaster, most likely strung with flatwounds, through various Fender tube combos. 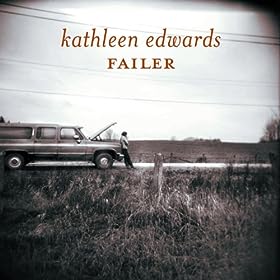 Jim Bryson on “12 Bellevue,” from Failer by Kathleen Edwards

Failer is one of my favorite debut albums by any artist. Edwards’ songwriting is a big part of that, but so is the electric sound of her band, anchored by the multi-instrumental talent of long-time collaborator Jim Bryson (also a great songwriter in his own right). “12 Bellevue” is a case in point with its swirling mix of horns, feedback, and overdriven guitars. Both Kathleen and Jim are often seen onstage with a stable of Gibsons, which seems consistent with the crunchy, mid-range heavy tonality heard on “12 Bellevue.” Kathleen has more recently veered away from the Americana template, but I’m holding out hope that someday she revisits the driving, guitar-heavy formula heard on Failer. 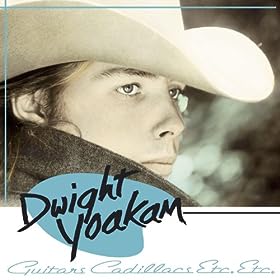 Dwight Yoakam gave country music a much needed roots-kick in the ass with this album in 1986, aided by the production and lead work of Pete Anderson. By contrast to the slick, processed guitar tones of Nashville, Anderson went back to basics with a Telecaster through a Deluxe Reverb. Classic, bluesy country guitar abounds on the album, but nowhere more than on the hit title track. The clean, spanky tone of Anderson’s telecaster is the perfect vehicle for the low-string opening riff and pedal-steel inspired leads that help give this track its infectious, 2-step friendly sound. 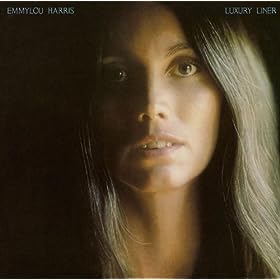 Emmylou called it the “Hot Band” for good reason; she managed to assemble some of the hottest session players of the 1970s, including British chicken-picker extraordinaire Albert Lee. The Gram Parsons-penned title track from Luxury Liner has since become something of a country instrumental jam standard. Lee’s solo is absolutely killer, fusing the twangy bridge pickup sound of his Telecaster with a propulsive string of banjo roll licks (see the amazing live performance below). Check out Lee’s solo album Heartbreak Hill for a great instrumental version of the tune, in which he trades leads with Brad Paisley and Vince Gill.

Correction: “Clap Hands” is from the album Rain Dogs, not Swordfishtrombones as originally noted.

This post was originally featured on New.Old.Stock. – A guitar music blog.

THE READING ROOM: ‘Citizen Cash’ Book Zooms In on the Man in Black’s Politics