THE READING ROOM: The Stories Behind 55 Iconic Songs 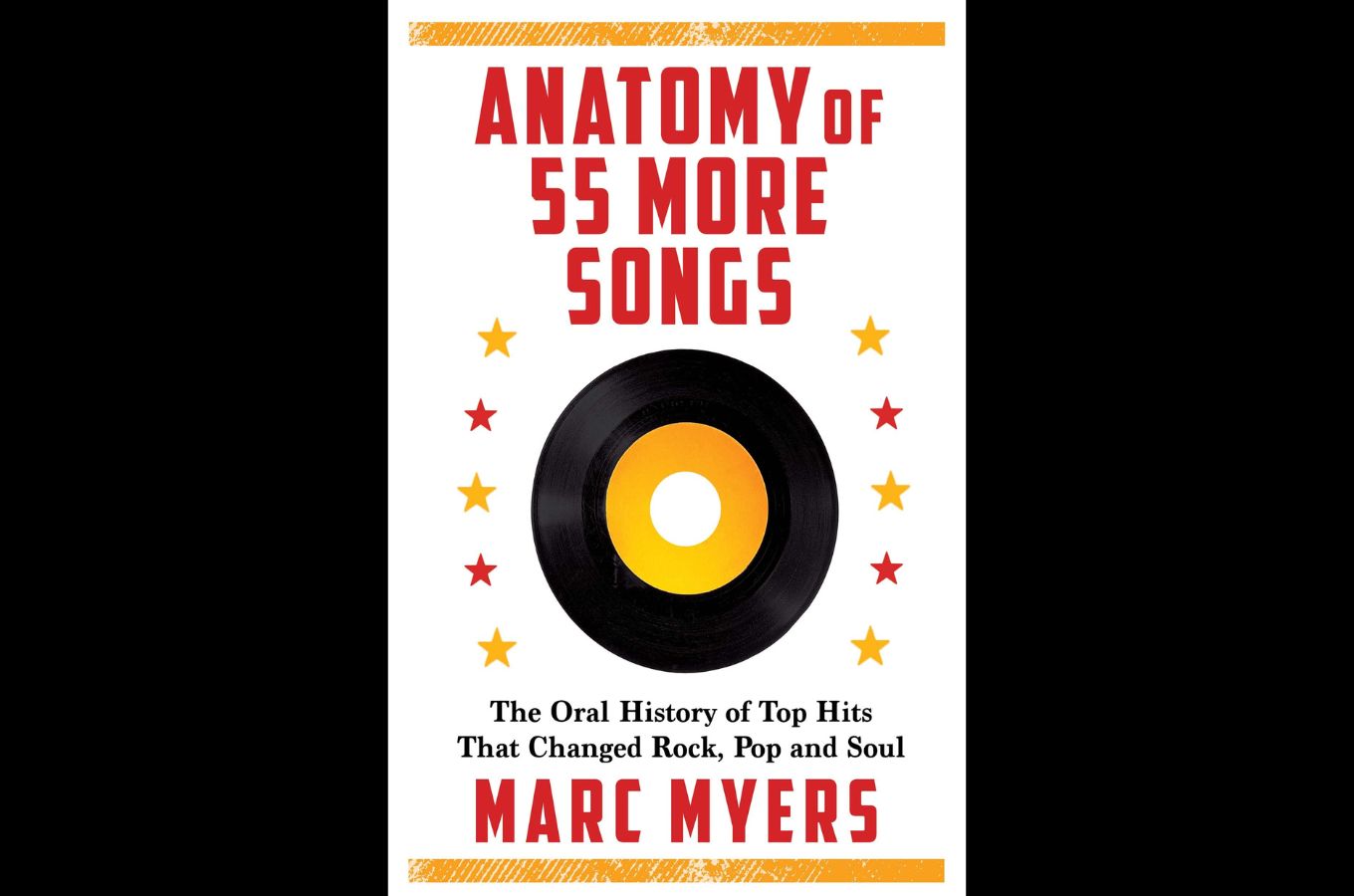 We can all recall where we were and what we were doing when we heard a certain song. Songs often take us back to our younger days when we had fewer cares, but some can embed themselves in our hearts and souls if we hear them during certain pivotal events in our lives, such as funerals or weddings. Most often, as Marc Myers reminds us, the songs that we know by heart are usually the ones from our past: “The reason we listen to pop songs from our past is that they are instantly familiar, we already know the words and music, and they transport us back to a time when our lives seemed less complicated.”

Picking up where he left off in 2016’s Anatomy of a Song, in which he told the stories behind 45 iconic hits that “changed rock, R&B, and pop,” Wall Street Journal arts writer Myers chronicles the stories of 55 hits that have wormed their way into our ears and our psyches in his new book, Anatomy of 55 More Songs: The Oral History of Top Hits That Changed Rock, Pop, and Soul (Grove). As in his previous book, these chapters first appeared as columns in the Wall Street Journal, and they are arranged chronologically by the release date of the songs. The introductions to each chapter shed light on “the genre of each song, the importance of the artist or band that recorded the hit and how well the song did on Billboard’s charts. Collectively, these introductions form a time line of rock’s evolution, from pop rock in 1964 to heartland rock in 1996.”

The chapters also provide, as the subtitle indicates, an oral history of each song: “its birth and development in the words of the lyricists, composers, producers, musicians, recording engineers, and others who played key roles in the writing and recording,” Myers explains. There’s a little something here for everyone, of course, from Donovan’s “Sunshine Superman,” Martha and the Vandellas’ “Dancing in the Street,” and Alice Cooper’s “I’m Eighteen” to Todd Rundgren’s “Hello It’s Me,” Roxy Music’s “Love Is the Drug,” and Talking Heads’ “Burning Down the House,” among others. The book opens with Dionne Warwick’s 1964 “Walk on By” and closes with Sheryl Crow’s 1996 hit “If It Makes You Happy.”

The Band’s “The Weight” — written in 1967, but released in 1968 — may be one of the most covered roots music songs, with versions by artists as diverse as Jackie DeShannon, Aretha Franklin, The Staple Singers, and The Grateful Dead. The “folk-rock journey song with biblical overtones” first appeared on the group’s Music from Big Pink. In his conversations with Myers, lead guitarist Robbie Robertson, the song’s composer, revealed his love of film and how the song reflects his desires to tell a cinematic story, pulling elements from films scripts he was reading at the time. “The script that punched me between the eyes was Ingmar Bergman’s screenplay for his 1957 movie The Seventh Seal. Luis Buñuel’s scripts for Nazarín and Viridiana, which examine the impossibility of sainthood, also captivated me.” Robertson says that when he had written a few chords he sang the first line of the song — “Pulled into Nazareth, was feelin’ about half past dead.” “I don’t even know where the melody came from or the chord structure,” he says. “As for the words, I just knew I wanted characters to unload their burdens on the song’s main character in each verse. The main guy in my song starts by asking the first person he sees in Nazareth about a place to stay the night, a biblical concept.” Robertson admits that no one knows what the song is about. Robertson says Pops Staples came as close as anybody to capturing the song’s meaning when he and The Staple Singers joined The Band in the performance of it for The Last Waltz: “Pop sang by sliding to the notes on his guitar, and his daughters’ voices slid right behind his. That was beautiful. It was like doing God’s work. And maybe that’s what motivated the song in the first place.”

Gordon Lightfoot tells the story behind his 1974 hit “Sundown” by recalling that “jealousy isn’t healthy for a relationship, but it tends to work out pretty well when writing a song.” Although Jackson Browne’s initial inspiration for “Doctor My Eyes” — while he was writing the song, his eyes became infected, and he did visit a doctor, who prescribed medicine for the infection — he says that “this song is not literally about going to the doctor to get my eyes fixed. It’s a little more glib than that … the lyrics are sort of an understated remark about the loss of idealism.” Bernie Taupin recalls that the lyrics for “Rocket Man” came to him as he was driving back roads, and he rushed home to write them down. Taupin reflects on the way that music provides the framework for meaning for the song: “It was an amazing feeling to hear my lyrics turned into something special. The music gave my words a living, beating heart. You never got that feeling solely from the words. The feeling comes from the magic of music and melody — and arrangements and great musicians.”

The magic of Myers’ Anatomy of 55 More Songs lies in its melodious storytelling and Myers’ passion for sharing the stories behind these songs. Anyone who has ever lost themselves in the words and music of a song and who wants to know the story behind it will want to have Myers’ book handy as the song spins on the turntable.