THE READING ROOM: ‘The Beatles from A to Zed’ 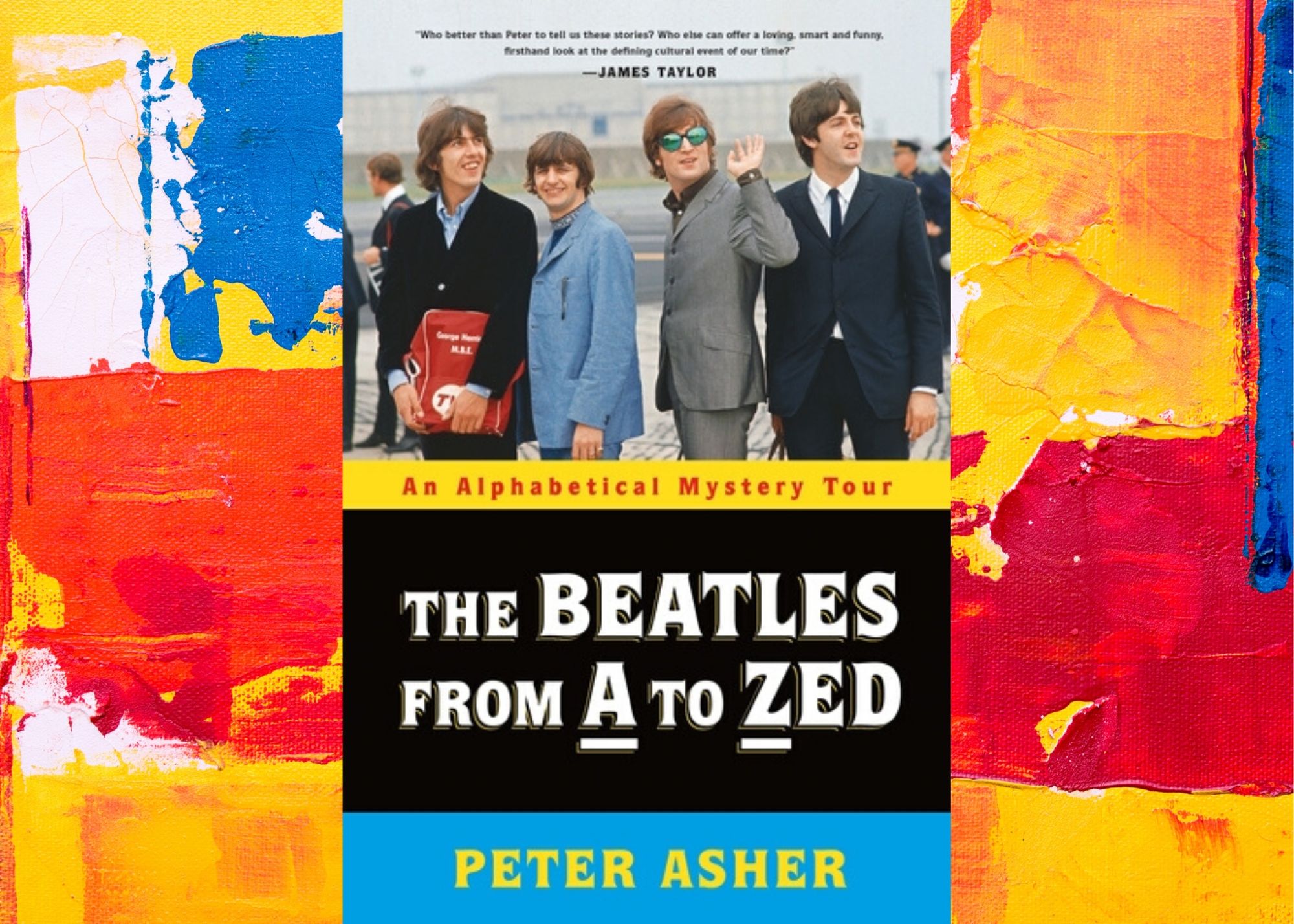 There is no end to the stream of Beatles books published for collectors and fans. Now, in the year that celebrates the 50th anniversary of the release of Abbey Road, Peter Asher has put together an abecedary of Beatles lore and music, The Beatles from A to Zed: An Alphabetical Mystery Tour (Henry Holt). Asher, the Peter of the duo Peter and Gordon, met Paul McCartney when his sister, Jane, started going out with McCartney. According to Asher, “Paul was hanging around our house all the time … our parents kind of took pity on him and offered him the guest room at the top of the house next to my bedroom.” Asher hears McCartney writing some songs, and he likes one in particular — “A World without Love.” When McCartney says that The Beatles are not going to record the song, Asher asks if Peter and Gordon can record it, and McCartney gives the song to them. The duo’s version precedes The Beatles’ version and becomes Peter and Gordon’s biggest hit.

Eventually, Asher becomes the first head of A&R for Apple Records, where he worked with all four Beatles identifying new talent — he signed James Taylor to his first record contract and as the first non-Beatle to the label — and getting that music recorded. In 2017, Asher began broadcasting a program on SiriusXM’s The Beatles Channel in which he shared his stories of life in the music business and his experiences with the Beatles. As he writes in A to Zed’s introduction, he received many interesting questions about the Beatles from listeners, such as “What did John mean by this lyric?” or “Who played this instrument on this track?” Although he doesn’t know the answers to some of the questions, such inquiries spurred him to share his recollections in the book. In an easy conversational style, Asher rambles through The Beatles’ song catalog with an effortless joy and an insider’s knowledge about the music and the times.

Each section ranges over songs made famous by The Beatles as well as other topics associated with the particular letter that is the focus of the chapter. Asher gambols in a game of free association, following his thoughts wherever they lead him as he hops from one idea to another. A song might spur him to think of an instrumental or a moment in the studio. Or reflecting on one song might cause him to think of another song somehow related to the first song. For example, the section on “T” opens with reflections on “Ticket to Ride” and “Taxman,” written by George Harrison, who was lamenting the outrageous tax rates in Britain at the time, but Asher then proceeds to meditate on time signatures, using “Happiness Is a Warm Gun” to demonstrate ways that The Beatles change signatures within the same song.

The chapter on “D” features a long discussion on Ringo Starr’s drumming: “His drumming was creative and brilliant and changed music and specifically changed the nature of rock and roll drumming forever.” Asher provides examples of Starr’s great drumming from several songs, including “D” songs such as “A Day in the Life,” but Asher focuses on the drum fill in “With a Little Help from My Friends.” “The fill between the first two verses is irreplaceably perfect — we have heard it so many times that we take it for granted, but just give it another listen. It is deceptively simple yet exactly right. No one else plays anything during that two-bar gap, and Ringo, using only toms this time, keeps the groove going, makes a musical statement, and builds our musical anticipation of the next verse all at the same time.”

In his “V” chapter, Asher illustrates the ways that McCartney’s love of vaudeville and the music hall tradition slips into The Beatles’ music. “‘Honey Pie’ is a clear and direct tribute to ragtime and vaudeville and also very much a collective Beatle recording, proving that the band shared Paul’s affection for the genre. John played the old-school guitar solo, George played a perfect bass part which was very much not rock and roll in tone or in composition, with Ringo on drums and Paul on ragtime piano, playing with a feel probably more familiar to Paul’s father’s band than to the Beatles. …The song also follows a storyline not unfamiliar to Beatle fans — an act from the North of England hits the big time in America and off she goes!”

Asher’s a perfect tour guide on this journey through the songs, the music, and the lives of the Beatles — both as a group and as solo artists after the group’s breakup. The Beatles from A to Zed is an entertaining guide to all things Beatles. Fans will love Asher’s intimate stories of his times with George, John, Paul, and Ringo, and they will likely hear the music anew with these stories ringing in their ears. Asher’s book also can serve as a starting point for someone just dipping their toes in the deep waters of Beatles music for the first time.