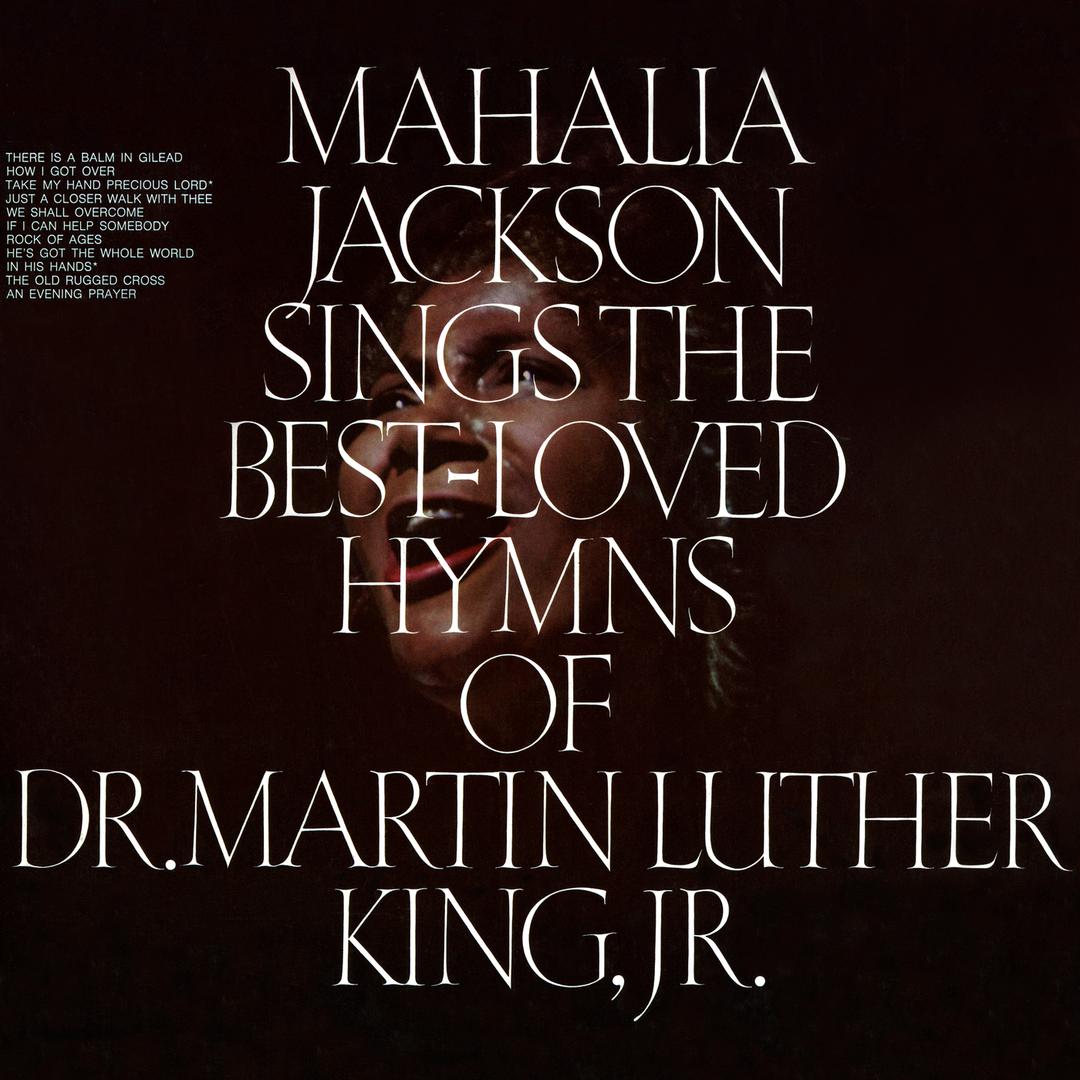 Martin Luther King, Jr. once called Mahalia Jackson his favorite singer. She was with him before and after he delivered his “I Have a Dream” speech at the Washington Memorial on August 28, 1963. King asked her to sing the familiar spiritual “How I Got Over” before his address, and she encouraged him by saying, “Tell them about the dream, Martin!” as he was speaking. King called Thomas Dorsey’s “Precious Lord, Take My Hand” his favorite gospel song, and Jackson sang it at his funeral, as he had requested her to do when he was still alive.

King’s speeches resonate with us so powerfully not just because of their content, which is riveting enough in its call for an overturning of the structures of our society, but also because of their form and style. King’s preaching, as with much other black preaching, follows a pattern that Chicago pastor Otis Moss III calls “blue note preaching” and embraces the rhythms and free flowing patterns of jazz. When we listen again King’s speeches, we hear once again his soaring vocalizations that weave around and under his melodiously repetition of various phrases and words. As Moss points out, “The Jazz motif is something we can bring to preaching and also to worship where something unique happens. The power of Jazz is that Jazz does something that many styles of composition do not do. Jazz says, ‘Everybody has a right to solo. Even though you have a different instrument coming from a different perspective you have a right to solo.’ That’s what I love about Jazz…What’s unique is that, even in a Jazz band, it is the bringing together of African and European elements…All of these elements come together as they do, out of New Orleans, and each element has the right to solo. The beautiful thing about Jazz is that Jazz taught democracy to America when America didn’t even know what democracy was.”

In his 1955 essay, “Living with Music,” author Ralph Ellison offers his own reflections on the nature of jazz, concluding that living with music provides a way of orienting us in place and time: “Living with music today we find Mozart and Ellington, Kirsten Flagstad and Chippie Hill, William L. Dawson and Carl Orff all forming part of our regular fare. For all exalt life in rhythm and melody; all add to its significance. Perhaps in the swift change of American society in which the meanings of one’s origin are so quickly lost, one of the chief values of living with music lies in its power to give us an orientation in time. In doing so, it gives significance to all those indefinable aspects of experience which nevertheless help to make us what we are. In the swift whirl of time and music is a constant, reminding us of what we were and of that toward which we aspired. Art thou troubled? Music will not only calm, it will ennoble thee.”

Ellison, LeRoi Jones, Albert Murray, Angela Davis, and King were, each in their own way, the original jazz preachers, with atonal and tonal notes coursing through their essays and speeches. Each of them played prose and poetic melodies that wound their way into the souls of listeners, challenging them to face the constraints of a static social order and to turn themselves and that order upside down. The dynamic and open-ended musical forms of jazz and blues and gospel provided the threads out of which King wove the brilliant musical fabric of his speeches.

While King never wrote explicitly about music in his books, he surrounded himself, as is well known, with singers and musicians, including Jackson and Aretha Franklin, among others. In September 1964, King was in Berlin for three days; during his stay, he spoke at a memorial for John F. Kennedy at the Berlin Philharmonic. A little over a week after he left Berlin, the city held its first jazz festival, and King’s notes grace the cover of the festival program. His words reverberate with the cadences of jazz itself: “Jazz speaks for life. The Blues tell the story of life’s difficulties, and if you think for a moment, you will realize that they take the hardest realities of life and put them into music, only to come out with some new hope or sense of triumph This is triumphant music…Much of the power of our Freedom Movement in the United States has come from this music. It has strengthened us with its sweet rhythms when courage began to fail. It has calmed us with its rich harmonies when spirits were down…Everybody has the Blues. Everybody longs for meaning. Everybody needs to love and be loved. Everybody needs to clap hands and be happy. Everybody longs for faith…In music, especially this broad category called Jazz, there is a stepping stone towards all of these.”

As we struggle today with various divisions in our culture, King reminds us that the beauty of jazz has the power to unite us and to “calm us with its rich harmonies.” King’s dream evokes and inspires hope for all of us, his enlivening words reside in our lives today because of the jazz note along which his words flow.