THE READING ROOM: Books for Diving Deeper into Country Music 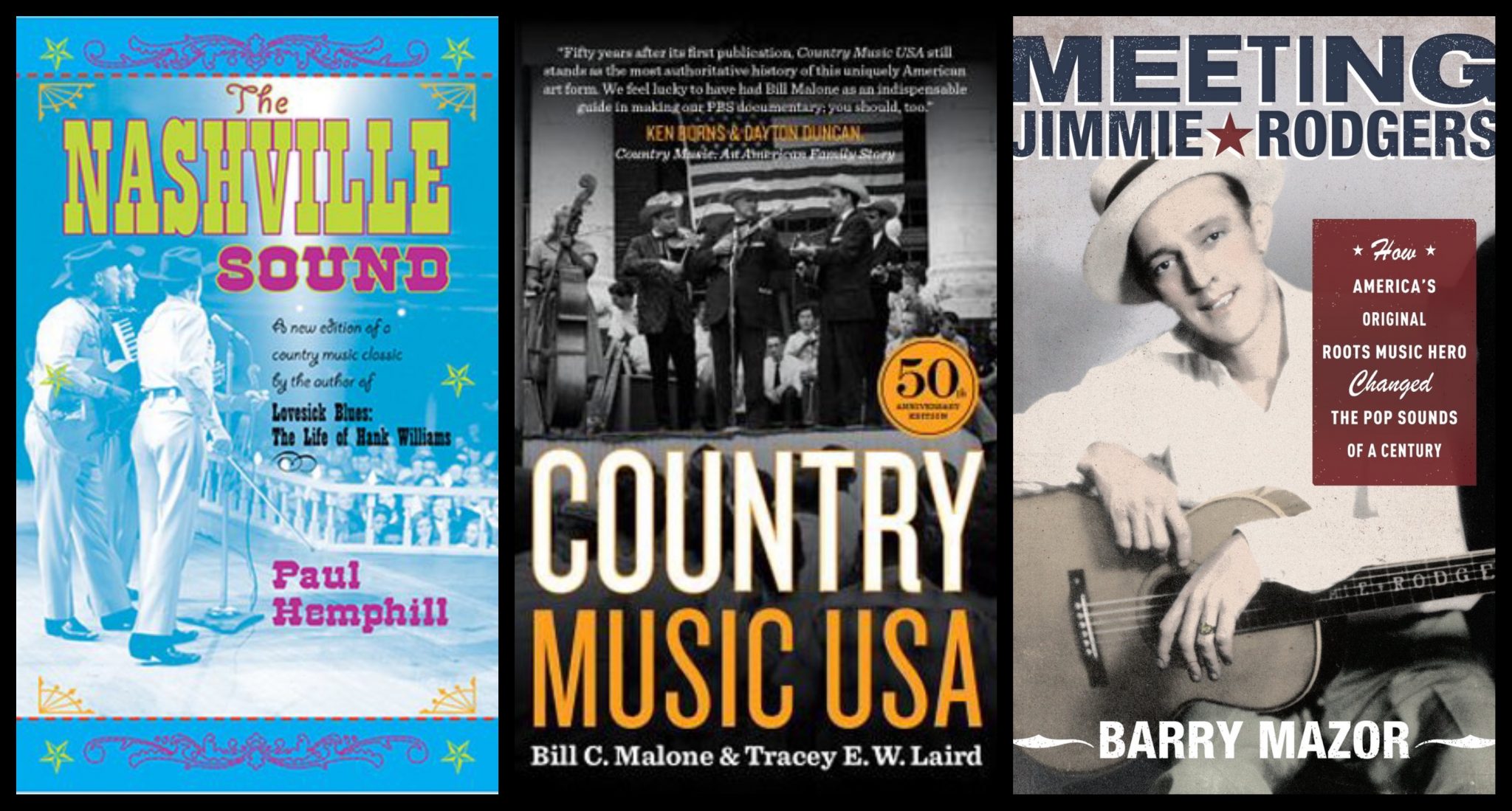 Now that the sprawling Ken Burns series Country Music has finally begun making its way across the airwaves and revealing facets of the music and its industry that may be new to many, it’s a good time to revisit some very important books that were exploring many of the topics Burns explores long before he did it. To his credit, Burns called on some of these authors as consultants during the long process of making the film, but only one — country music historian Bill C. Malone — appears on-screen to provide insights about the people or places chronicled in Burns’ series. This list is hardly exhaustive, and is not meant to be, but it provides a good starting point for supplementing Country Music and for going deeper into some subjects than the series is able to do.

Bill C. Malone & Tracey E.W. Laird, Country Music USA (Texas): Last year, this now-standard comprehensive guide to the history of country music turned 50. For this anniversary edition Malone revised every chapter, and co-author Laird contributed a chapter on the new century. As Burns himself writes, this book “still stands as the most authoritative history of this uniquely American art form.”

Barry Mazor, Ralph Peer and the Making of Popular Roots Music (Chicago Review Press): Mazor’s book is indispensable, for it tells the story of Peer, the man who in many ways transformed popular music. He was behind the first country recordings of Fiddlin’ John Carson, he popularized Latin American music, and he discovered Jimmie Rodgers and recorded The Carter Family at the now-famous Bristol sessions. Mazor’s book is a must-read for its breadth and depth and insights into Peer and the power of roots music.

Barry Mazor, Meeting Jimmie Rodgers: How America’s Original Roots Music Hero Changed the Pop Sounds of a Century (Oxford): Rodgers figures prominently in the first episode of the Burns series, and Mazor has written the definitive book on Rodgers and his enduring influence on the history of American music.

Brian Ward and Patrick Huber, A&R Pioneers: Architect of American Roots Music on Record (CMF/Vanderbilt): This engaging book offers the first comprehensive account of the diverse group of men and women who pioneered A&R (artists-and-repertoire) work in the early recording industry in the US. Ralph Peer figures prominently in the Burns series, but this book covers a number of others whose work in A&R brought to light the music of artists from Bessie Smith to Bob Wills.

David Cantwell and Bill Friskics-Warren, Heartache by the Number: Country Music’s 500 Greatest Singles (CMF/Vanderbilt): Cantwell and Friskics-Warren offer an entertaining and mesmerizing history of country music, focusing on the ways that the music itself develops and changes and exploring the differences and similarities in in-depth essays and comments on the songs.

John Morthland, The Best of Country Music: A Critical and Historical Guide to the 750 Greatest Albums (Doubleday): Morthland tracks the history of country music (at least up until the time this book was published in 1984) by diving deep into its most significant albums and the people who made them.

Robert Hilburn, Johnny Cash: A Life (Little Brown): Drawing on his own interviews and personal experience with Cash, former Los Angeles Times music critic Hilburn exhaustively chronicles, almost year by year, Cash’s rise to fame from his childhood in Dyess, Arkansas, through his stint in the military, the peak of his success in the 1970s with the Johnny Cash Show, and on to his slow decline in health in the 1990s.

Paul Hemphill, The Nashville Sound: Bright Lights and Country Music (Simon & Schuster, 1970; reprinted University of Georgia Press, 2015): Hemphill’s book remains valuable for the snapshot it provides of Nashville in the late 1960s, and for the changes that the city and the music was undergoing even then. His lively writing tells a tale that resonates even today. Hemphill’s Lovesick Blues: The Life of Hank Williams also remains a favorite among country music readers not because it is a definitive biography of Williams — it’s not — but because Hemphill shares the deep impact that Williams and his music had on his life.

Craig Havighurst, Air Castle of the South: WSM and Making of Music City (Illinois): An entertaining and in-depth look at a significant chapter in the history of Nashville and the country music industry.

Dayton Duncan and Ken Burns, Country Music: An Illustrated History (Knopf): The companion volume to the series Country Music. The series and the book cover much of the same territory, as would be expected, so there is a sense in which you don’t need the book if you have watched the series, but if you never get to watch the series, the book provides the stories and illustrations featured in the series.

Colin Escott, Hank Williams: The Biography (Little, Brown): The definitive biography of the figure that has been called the “Hillbilly Shakespeare.”

This short list of books provides a good place to dive deeper into many of the topics that Burns’ Country Music only covers on the surface.