The sea has been on my mind a lot lately. Watching the power of a tsunami descend on the Japanese coast has cast a pall over all our social networks and our minds this past week. It reminds us of the power of the sea, and how the waves can reach our homes even on shore. As a result, I’ve been listening a lot to the deeply powerful debut album of Newfoundland singer Matthew Byrne. For centuries, Newfoundland was the farthest point West in the wide Atlantic Ocean. The Vikings rolled onto its shores half frozen and terrorized by natives, settling an early, failed colony. And long before Columbus sailed the ocean blue, Basque fisherman were fishing the Grand Banks and salting cod on shore. It’s no overstatement to say that the sea is in the blood of Newfoundlanders, and their music is rich with tales of life and love on the rough seas.

On his debut album, Ballads, young traditional singer Matthew Byrne draws from a rich family repertoire of songsfrom his family’s home in Placentia Bay. The songs can often be traced back to British roots, but Byrne learned them from family sources: his mother, father, uncle and great-uncle. As Byrne said to me in an interview, “My earliest musical memories would be from when I was a toddler, hearing my parents and their friends playing and singing. I come from a family of singers and music was pretty essential to the many gatherings that took place at home. Luckily, it was never the kind of situation where the children were rushed off to bed, so I was surrounded by it all from a very early age. I’ve often heard my mother say that my brother and I were humming melodies before we were able to talk. Needless to say, it made an impression on my right from the beginning.” I have great respect for traditional musicians who learn their music from their families. It shows that the roots of the music remain strong,

and it points to the sacred bond these old songs

have with our heritage. On Ballads, Matthew Byrne brings together the traditional sounds of today’s Newfoundland folk music: guitar, accordion, bouzouki, fiddle, concertina. These instruments ride under his gently waving, soft voice and bring a poignancy to the songs that only adds to the power of their words. These are story songs, true ballads, that relate the terrors and tragedies of life on the sea. And where the maudlin nature of old British broadsides can sometimes threaten to overwhelm, the poetry of these old lyrics can also reach right to the heart. I’ve listened to “Three Score and Ten” about 50 times now and find myself fighting back tears nearly every time. The words to this ballad come from a poem by William Delf, a fisherman from Grimsby, England. Written in 1889, it tells the story of a community broken apart by the many lives lost at sea during a series of heavy gales off the coast. Ironically, Delf was himself lost at sea four years later. Have a listen:

Though born and raised in Placentia Bay, Byrne’s parents left their home region to move to St. John’s, the capital, during a period of government resettlement. This resettlement was intended to bring fishing communities in danger of financial collapse to the capital for modernization and central regulation. You can read more about this interesting history here. For Byrne’s family, it meant that they had to work ever harder to preserve their cultural heritage in the city. “The cultural impact of resettlement was absolutely massive. I’ve always been thankful that both my parents were part of the earlier efforts to maintain musical traditions that were endangered by the rise of a more “modern” Newfoundland. When Mom moved to St. John’s, she spent a great deal of time collecting and performing folk songs from older Placentia Bay singers. She has a wonderful collection of tape-recorded performances and hand-written lyrics and notes, which I regularly turn to when expanding my repertoire. Needless to say, she is an incredible source of ballads, many of which I’ve learned and performed. It’s actually amazes me how many songs she knows. I still regularly hear her sing ones I’ve never, ever heard before.”

I’d first heard of Placentia Bay via the accordionist Vince Collins, whose debut CD featured a rare and beautiful repertoire of tunes from this region of Newfoundland. Produced by Bob Hallett of Great Big Sea, Vince’s CD is one of the best examples of the great Newfoundland accordion tradition available. Newfoundland accordion playing is rooted in the Irish tradition, but is much choppier and danceable than Irish trad music. Vince plays in the traditional manner, with ornaments and notes as rough as the high seas. The album is titled Lifting Out The Stove and refers to the community tradition of kitchen dances, where the stove was lifted out and placed in the backyard to make room for dancing. Reminds me of the Irish phrase “Round the House and Mind the Dresser”, referring there to Irish house dancing.

But despite all this family and regional history, Byrne focuses mostly on the songs and their poetry. As he says, “I love the melodies, and the way they’re written. For me, it’s not as much the meaning of the lyrics. I’m more intrigued by the poetics. These ballads demonstrate a older style of writing that you just don’t see anymore, and when paired with the right melody, the result is simply beautiful. This, quite simply, is what I’ve tried to convey with the songs on my album.”

Here’s an example of this poetry, the song “Donald Monroe,” a haunting parable of immigration to the New World.

A crowd of young men were inclined for to roam,
To search for employment, and pleasure find none.
Among the bold number, stood Donald Monroe.
It was into America he was forced for to go.

He left his two songs with their uncle to stay
For he was not able their passage to pay.
The price of their passage, you know it was dear.
So boys be content and stay home in good cheer.

Those boys being discontented, being troubled in mind.
To stay with their uncle, they were not inclined.
They shipped on a voyage to sail o’er the main.
In hopes for to see their dear father again.

They landed in America, took a boy for a guide.
To seek out that country where there dear father lie.
Together they rambled til they came to a grove
Where the green leaves and branches before them did move.

Those two highway robbers lay hid in the wood.
And pointed their pistols where the two brothers stood.
They planted their bullets in their lily-white breasts
And rushed on their victims like savage wild beasts.

“You hard-hearted monsters, you bloodthirsty hound.
You might not have shot us til the one we had found.
We’re in search of our father, he’s a man we love dear
And we haven’t seen him in seven long years.”

“Oh, who is your father? Tell me what is his name?
Who is your father, may I know the same?”
“He left us in Scotland, seven twelve-months ago
Perhaps you might know him, his name is Monroe.”

“Now who is this young man likes dead by your side?
Who is this young one?” the old man he cried.
“He is my only brother and he’s your youngest son.
Now cursed be your fortune for the deed you have done.”

“Don’t tell our dear mother that we’re lying here.
It will only upset her and cause despair.
We’re in hopes for to see her on a happier shore.
Where you won’t be able to shoot us no more.”

Notes: Matthew Byrne also sings and plays in the excellent Newfoundland band The Dardanelles with CBC broadcaster Tom Power. Special thanks to Matthew Byrne for permission to stream his music and post his responses to my interview. 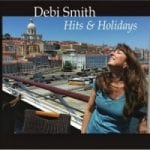 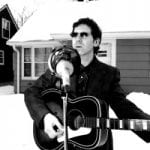