the passing of clarence clemons

Clarence lived a wonderful life. He carried within him a love of people that made them love him. He created a wondrous and extended family. He loved the saxophone, loved our fans and gave everything he had every night he stepped on stage. His loss is immeasurable and we are honored and thankful to have known him and had the opportunity to stand beside him for nearly forty years. He was my great friend, my partner, and with Clarence at my side, my band and I were able to tell a story far deeper than those simply contained in our music. His life, his memory, and his love will live on in that story and in our band.

Clarence Clemons RIP: I saw the news this evening that the Big Man had passed, just days after suffering from a stroke. I wanted to get something up on the site, so I’ve put together some videos and the obit from my friend Chris Morris over at Variety. We talk a lot about roots music here, and Clarence along with the E Street Band carried the roots of rock and roll with them on their journey. When I hear his soaring sax solos, it always takes me back to those great 45’s from the fifties and sixties. His discography is huge, with his last gig being on Lady Gaga’s latest single. His work with Bruce is legendary, but so are his solos for Ronnie Spector, Southside Johnny, Little Steven and on and on and on. This was a tough one to get the news about. My heart aches. (EE)

Saxophonist Clarence Clemons, “the Big Man” of Bruce Springsteen’s E Street Band, died June 18 in a Florida hospital. He was 69 and had suffered a stroke on June 12.

Clemons’ R&B-inflected tenor work was one of the most arresting features of Springsteen’s early recordings and live shows. Especially on Springsteen’s hyperactive early tours of the ’70s and ’80s, the towering musician was the main onstage foil for the rock singer-songwriter.

Born in Norfolk, Va., Clemons began playing alto saxophone at age 9; he later switched to baritone but claimed the tenor sax as his main instrument after an uncle bought him an album by King Curtis, Atlantic Records’ famed session man.

After injury cut short a promising collegiate football career, Clemons worked for several years in New Jersey as a counselor for emotionally disturbed children while playing music regionally on the side.

Clemons’ arrival in the E Street Band was immortalized in the “Born to Run” track “Tenth Avenue Freeze-Out” and recalled in a long comic monologue with which Springsteen introduced his song “The E Street Shuffle” in concert.

According to Springsteen lore, the saxophonist, then a member of the Jersey Shore act Norman Seldin & the Joyful Noyze, first sat in with his future Boss on a stormy night in September 1971 at Asbury Park, N.J., club the Student Prince.

Clemons was featured most prominently on Springsteen’s 1975 breakthrough “Born to Run,” contributing memorable solos on the title track, “Thunder Road” and the epic “Jungleland.” He also made important contributions to the albums “Darkness on the Edge of Town,” “The River,” “Born in the U.S.A.” and “Tunnel of Love.”

The sax man parted company with Springsteen when the E Street Band was dissolved in 1989. But Clemons was back when Springsteen reunited the group in 2000 and appeared on four studio albums through 2009’s “Working on a Dream.”

He released eight studio and live albums in his own name. As a guest or sideman, Clemons worked with fellow E Streeters Little Steven Van Zandt (in his band the Disciples of Soul) and Nils Lofgren and with Springsteen’s familiar Southside Johnny’s Asbury Jukes. 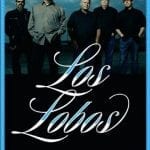 On America, Xenophobia and Los Lobos: Dream In Blue 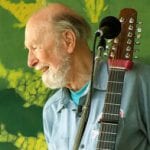