The Palomino Rides Again! The Legendary Nightclub Reopens For One Night Only!

The Palomino rides again! Once news got out that the legendary San Fernando Valley nightclub, The Palomino, would reopen again for one night only, the people that frequented that venue got excited. And rightfully so. Those walls had seen performances from California Country legends like Gram Parsons, Jerry Lee Lewis, Willie Nelson, Emmylou Harris, Lucinda Williams … you name it, and if they were around in those days before “The Pal” closed in 1995 – they played there.

The Rebelle Roadshow gals heard that there was going to be a benefit for the Valley Relics Museum at the iconic honky-tonk, and they wanted in on that action. Forces united to make it all happen, and last night there was a good old fashioned get-down at the original site of The Palomino at 6907 Lankershim Boulevard in North Hollywood (which is now a banquet hall). The Valley Relics Museum has scads of supercool items from vintage California Country times, with photos and posters and Nudie’s suits and all the great things that conjure up those days. They transformed the current banquet hall into such a good replica of how it used to be that many in the house commented on how it felt just like it used to. I moved here in 1995, so never got to go to the original club, but like everyone, have heard an awful lot of stories about the storied place.

It was a big old reunion, as fans and artists alike packed the joint, sharing hugs and tales all night long. There were as many musicians in the audience as on the stage, and the show could honestly have gone on until morning – and nearly did. Ladies and Gents alike were all decked out in their bedazzled outfits, and there were many a Manuel suit being worn in the house (and the “King of the Clothiers” was in the house!). A silent auction was ongoing, and people bid on all the cool signed stuff that would benefit more cool stuff going into and being preserved at the Valley Relics Museum.

A who’s who of Americana music were both on the bill and in attendance here at was once the “Grand Ole Opry of the West”. You could almost feel the ghosts of the legends past there in the room, and several commented on how many from that time were no longer with us, so they probably were literally there in spirit. Ronnie Mack of the famous Barn Dance fame was the emcee of the evening, and got things underway by welcoming everyone, and introducing the first person to grace the Palomino stage in 23 years, Alice Wallace. She did a Linda Ronstadt song, “Long Long Time”, and gave everyone chills with her gorgeous voice … or maybe it was the ghosts passing by for a cold Tecate.

Sam Morrow was up next, looking and sounding a bit like a young Waylon Jennings, who also played here back in the day. He gave us a bluesy number, that had that classic honky-tonk sound – as did many of the artists of the night. A BBQ was being served buffet-style, and whiskey was being served straight. Just like it oughtta be.

We got Jade Jackson next, who was great, from the tail end of what I heard, as I had gone for a quick visit backstage to get my own whiskey. Chip Kinman and Carla Olson were up next, and did a more rocking “Sweet Jane”. They were followed by Tracy Dawn, who had played The Palomino as a teenager, and was so excited to be back that she ate it walking up the stage steps. “I’ve never done that before! This is a big deal to me, I’ve played with all these guys before (the awesome house band), and the vibe here tonight is really what it was like!” She belted out Jerry Lee Lewis’ version of “Ain’t It Funny How Time Slips Away”, and it couldn’t have been more perfect for the time travel we were experiencing live.

Time travel vibes continued with Steve Waddington, who does a pretty decent Johnny Cash impersonation, and he hit us with a “Ring Of Fire” that if you squinted (both eyes and ears), you might have thought was the real thing – or at least a ghost. He was playing a guitar signed by my personal hero, Kris Kristofferson, and ended his song with a “God Bless The Palamino!” K.P. Hawthorn (of the band Calico, and a founder of Rebelle Roadshow) was up next, and she did a beautiful rendition of Patsy Cline’s “I Fall To Pieces” as couples in matching blinged out outfits danced together around the outskirts of the tables. Like when people used to dance together on their nights out! Sigh …

It was the first time on the Palomino stage for Brian Whelan (and many of the performers), and he did a Brooks and Dunn tune, “Neon Moon” (I think … I’m not so familiar with those cats), which was quickly followed by Liz Brasher giving it her all with another Patsy Cline beauty, “Seven Lonely Days”. Good stuff. Jack Tempchin was up next, and he told us that he used to play here once a week for two years, which meant that he had “Smoked 2 to 300 joints in that parking lot.” Right on. Tempchin got two numbers, both ones he’d written for The Eagles. First up was “Peaceful Easy Feeling” accompanied by Jade Jackson, and then he did “Already Gone” with Alice Wallace, and people were loving it. California loves their Eagles.

Marvin and Ryan of Lone Justice got up there and told everyone to fuck off, then followed that by saying, “There’s a lot of love in the room!” Funny. They tore through two rockabilly style songs, one being “The Grapes Of Wrath” that got everyone up and dancing. They concluded by saying, “VOTE!” Word. They thanked the Rebelles, and than writer Johnny Whiteside came up to laud Ronnie Mack. “He led the way for all of us. He is your anchor, your rock, our hero!” Whiteside was clearly emotional at the entire evening, as were most in attendance. I choked up several times, and I’d never even been there before. A chant of “Ronnie Mack” went up, and then they took a break to show a slide show put together from classic Getty images by another wonderful Americana musician there in the room, Paul Chesne (who also took all of these photos).

After a bunch of crowd schmoozing, James Intveld took the stage in his sparkling Manuel suit talking about how he used to play here and would ask for the early slot so he could still get up for school. Intveld has a Chris Isaak crooner vibe, and his first number, “Love Calls” has the ladies down front up and swaying dreamily. Swooning, really.

Intveld then introduced his friend, Big Sandy, who wound up being one of my favorites of the evening. He reminded me of the singing guy in Coco, and sounded like that good old fashioned country everyone knows and loves when he sang “Face To The Wall”. How great.

“The Palomino has risen again!” Ronnie Mack returned to thank everyone and remind them about the silent auction that would benefit the Valley Relics Museum, opening at its new location on November 3rd in Lake Balboa. “They did a great job at recreating the Palomino!” – and by all accounts, they really did. There was a lot of talking going on by now, because people were both excited to see each other and catch up, but were also getting buzzed. Jeffrey Steele struggled with that when he came up to play “the greatest Willie Nelson song ever written”, which to him was “Night Life”. That got the crowd’s attention, and then he followed that up with one he plays with his Nashville band, The Sons Of The Palomino, “Outta This Town”. A fitting tribute to the time and the place.

James Intveld returned with Gunnar Nelson (yes, of Nelson), who played Bob Dylan’s “She Belongs To Me” about which he said that Dylan said Ricky Nelson sang it better than him. Nelson followed that with one of his dad’s tunes, “Love Is Something You Can’t Buy”, then another of his dad’s classics, “Garden Party” with its right on lyric of “If you can’t please everyone, please yourself.” 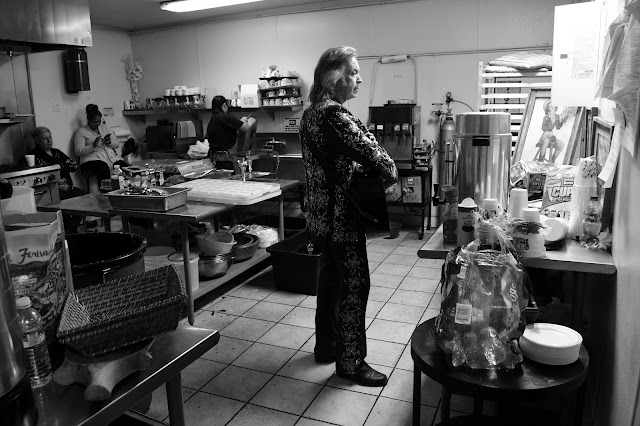 He first did George Strait’s “Stay Out Of My Arms” and showed why he’s such a favorite. “Let’s hear it for Rebelle Roadshow, this is just wonderful! … and Ronnie Mack is a saint, I can’t say enough about him!” His gratitude and genuine joy at being there was tangible, and one of the times I got choked up was when he dedicated his next song, “The King Of Broken Hearts” to Polly Parsons, Gram’s daughter, who was present down front. Couples got up to dance again, and it was just one of the sweetest moments ever. 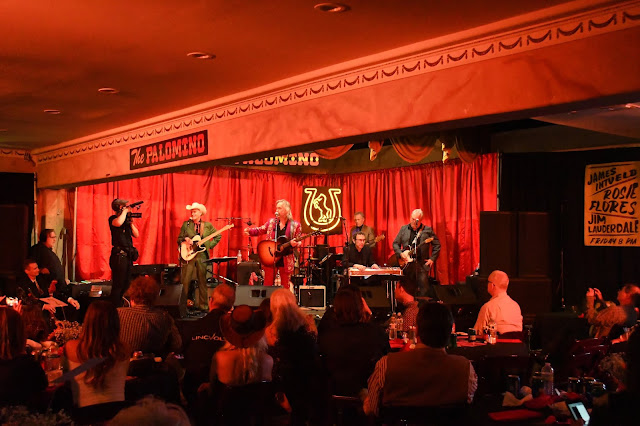 Lauderdale concluded with the country rocker “Hole In My Head”, and when he twanged the last note he said, “This has been one of the best ever for me!” And I don’t think he was at all alone with that sentiment. That brought up “The Queen of the Palomino” and Rosie Flores took the stage to cheers and audible admiration. 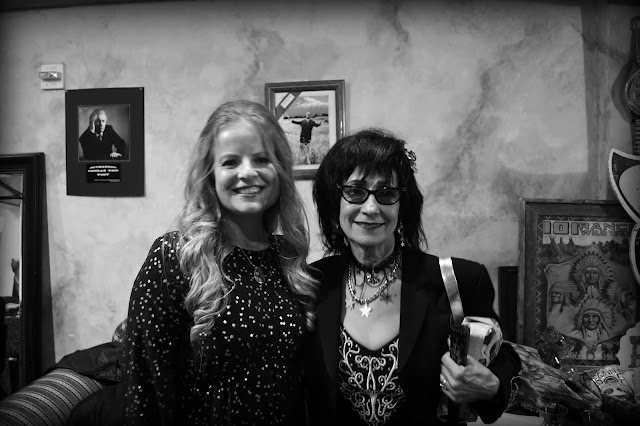 “I can’t believe I’m standing on this stage! How are you all feeling?” By the sounds of it, we were all feeling great. Flores used to play here on the weekend gig, which made her feel like she had really made it. She has since moved to Texas, but returned for this gig wearing her dad’s old Palomino jacket, “with a tear in my eye.” She got down to business after a little guitar check, saying, “I’ve been drinking whiskey, sorry!” All good, as we all had been. 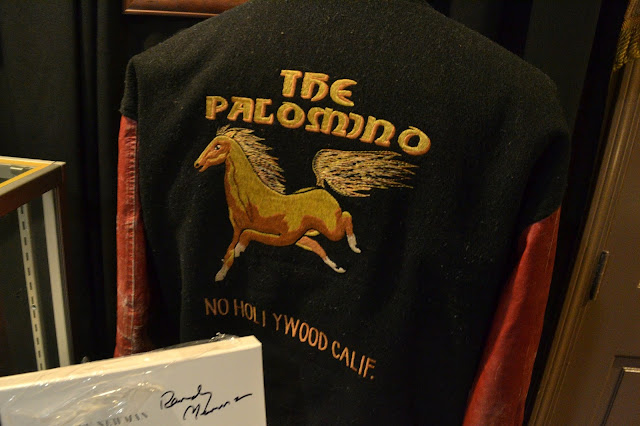 Flores blazed through what could be the theme song for the night, “Palomino Days”, and everyone just loved it. She’s got a new album coming out, and the first single was “For all your girls out there!” Rebelles. She played “Drive, Drive, Drive” and the girls got to dancing again. No one wanted it to end, but a very hoarse Intveld got back up there to ask the entire line-up to join him for an All Star finale that would be Merle Haggard’s “Mama Tried”. Everyone threw down for this one, which ended in hugs and “Thank you! God Bless you!” from Intveld. 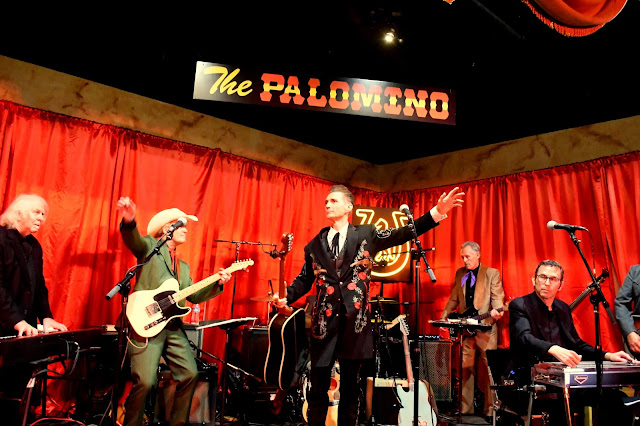 Wow. Just wow. Everyone felt so lucky to be there, and there was much talk about buying the place back for more nights like these, but I was told the Russian owners aren’t interested. Man, between elections and nightclubs, the Russians are really taking over. Anyway, we’ll always have this incredible night of music, the memories, and the knowledge that that California soul is within you and can be taken along everywhere, just as all of these extra-talented artists have done as they traverse the globe playing the songs that all started right here at The Pal. 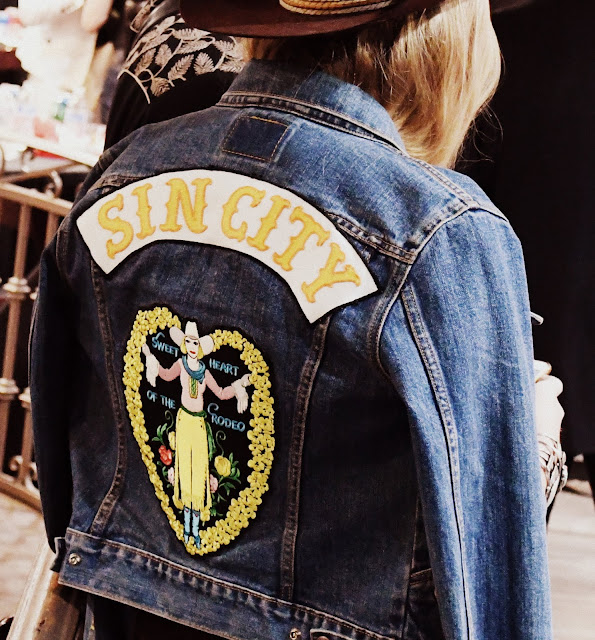 The Palomino rode again … and we were there. Thanks SO much to everyone past, present, and hopefully future who made this one of a kind night possible … Honky-tonk dreams truly came true last night. Long live The Palomino! 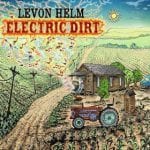