Last time I wrote we were preparing for UK dates by Lowlands. Well, as expected they went down a storm. They played four gigs in all, in Newport, Norwich, Southend-on-Sea and London. I wasn’t there but by all accounts they had a particularly good time in Southend at The Railway Hotel, a venue that’s no stranger to great gigs.

The tour culminated on the Sunday night at Brixton’s legendary Windmill venue, supported by Stoke Newington’s finest, The Ramshackle Union Band in new streamlined power trio mode! Earlier in the day, Ed and the guys played a live acoustic set on my NTS radio show in Dalston, before heading off to Crouch End to record a session for Barry Marshall-Everitt’s highly-rated House of Mercy show. That’s gonna be broadcast around lunchtime (GMT) on Friday 7 December. Don’t miss it.

Lowlands’ brilliant new Joey Huffman-produced album Beyond then gets its official UK release on Stovepony Records via Cargo Distribution on Monday 10 December, just in time for Xmas. Between you and me though, it’s already available to download now.

In February next year, Ed, Roby and Francesco from the band return to London for three acoustic dates, playing tracks from Beyond and their recently released Woody Guthrie tribute Better World Coming, which is still getting great reviews across Europe and the UK.The dates are…

Sun 24 Feb     Come Down And Meet The Folks at The Apple Tree, Clerkenwell WC1

This last one, at London’s longest running Americana event is a bit of a Stovepony special as it also features Stiv Cantarelli and The Silent Strangers, who I mentioned last time. I told you all about how Stiv’s band Satellite Inn was signed to MoodFood out of North Carolina after Whiskeytown, and how Richmond Fontaine bancked him on his solo album. Based in Florence, their brilliant new album Black Music / White Music– a vibrant, vital mix of desert blues and post-punk cacophony – is out on the label on Monday 18 February, the day before the start their own UK tour with dates as follows….

Sun 24 Feb      Come Down And Meet The Folks at The Apple Tree, Clerkenwell WC1

If you want to get a taster of the new album, it’s streaming at www.scandthess.bandcamp.com  I think you’ll agree, it really is something very special.

Right, last thing I want to mention is Based On Lies, the ninth album by Pesaro’s Cheap Wine. Named after the Green On Red song, through the songs of Marco Diamantini, the band neatly combines country influences with blistering rock, highlighted by the great lead guitar of brother Michele.

The album’s been getting some great reviews and not without very good reason. UK dates are well overdue.

Finally, former Lowlands violinist Chiara Giacobbe has made her Ready to Go EP available for streaming and download through Reverbnation at http://www.reverbnation.com/chiaragiacobbe. Check it out.

Anyway, that’s all for now. Hopefully see you at some of the gigs. PM me if you want to get in touch. Also, you can follow me on Twitter @mulefreedompr  Stiv Cantarelli also has a new Twitter account @scandthess  I’m sure he’ll be glad to receive your Tweets! 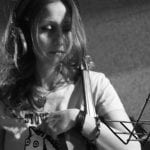