The Enduring Legacy of Mark Heard

Twenty years ago today, Mark Heard passed away after suffering a major heart attack a month earlier.  Heard was arguably just on the verge of finally getting the wider audience he had long strived for, with several distribution deals in the works at the time of his death.  Though several tribute albums have been released through the years, and artists continue to occasionally cover his material, Heard remains largely unknown.  The maturity of his lyrics in his final albums ranks among some of the greatest written, and the often burdensome and reflective tone of his songs ignites a relationship with the listener that is difficult for even the most well-rounded songwriters to achieve.  And while most of his releases are of a very high quality, it is his final trilogy of works that stand out as true masterpieces.

After initially being marketed to Christian audiences, Heard struggled for years with presenting his music to a broader audience.  After releasing an album under a pseudonym (iDEoLA), Heard obtained a brush with success after his song “Big and Strong” was covered by Olivia Newton-John.  However, Heard still struggled to find his niche in the ever-changing musical world.  It wasn’t until 1990 when he really seemed to find his niche.  That year, he released Dry Bones Dance.  This album was a new direction for Heard, featuring a much more Americana-oriented sound just as the Americana movement itself was brewing.  This album features such gems as “Rise from the Ruins” and “Strong Hand” a brilliant love song that can be interpreted on many different levels. While Dry Bones Dance was a stellar album, it was only a sign of better things to come.

In 1991, Heard released what I firmly to believe to be the greatest album ever made.  I have listened to the album countless times, and my interpretations of it are constantly changing with each new listen.  On its surface, Second Hand is a meditation on the passage of time, and the way interpersonal relationships shift and change over time.  From the opening lines of “Nod Over Coffee” (“All the unsaid words that I might be thinking/And all the little signs that I might give you/They would not be enough”), it is clear that Heard is very conscious of his thoughts and has allowed them to bleed into his songwriting.  But perhaps most importantly, it becomes clear that Heard it human.  For all the times I’ve listen to this album, this is the best explanation I can come up with for my fondness for it: Heard expresses ideas throughout the album that are profoundly relatable, to the extent that it seems like you’re having a conversation with an old friend.  In fact, there are songs on the album that feel just like a conversation, such as “Talking in Circles,” (“There was something you said in the kitchen/Not much but there was something in your voice/And I was thinking that we could stand to get out a little more”).  I could spend all day discussing this album in depth, but I really cannot do it justice.  It’s an album that really needs to be experienced to be understood.

In 1992, shortly before his death, Heard released Satellite Sky, which would become his final album.  Satellite Sky, like Dry Bones Dance, is a very well done album, though, in my opinion, doesn’t quite reach the heights that Second Hand does.  On this album, it seems apparent that heard has become tired and worn out by the problems of the world, as is exhibited in the title track (“Why can’t I sleep in peace tonight underneath a satellite sky”).

While Heard’s name isn’t heard very often these days, the influence of these albums is undeniable.  In his later years, Heard worked side-by-side with artists such as T-Bone Burnett and Buddy and Julie Miller, who would soon become the foundation of Americana music.  Without Heard, I think that roots music would lack a lot of the reflectiveness in its songwriters that makes the genre so relatable.  While it’s obvious that Heard was just getting into his prime as a songwriter, he has left behind music that already seems to have stood the test of time, even if the audience for his music isn’t as large as it should be. 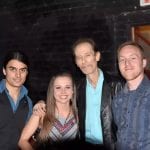 Sierra Hull on Tony Rice: How Lucky We Have Been 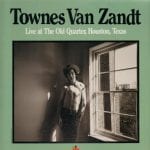 To Live Is to Fly – Remembering Townes Van Zandt