Roy Davis has always held a special place in my heart as a songwriter, but when he teamed up with Coloradas second half, Bernie Nye, the amplifier went up to 11 (strangely enough, most of their stuff is acoustic driven…so I am not sure if that reference works. But I digress.). Their self-titled debut was on constant play in my home, in my car, in my headphones at work. Haunting, incredible story telling…and I think Roy once put it “yeah, Bernie’s song Enid, that song is spooky as shit”. The harmonies, the play on each other’s songs, and the sharing of the writing responsibilities make these boys a well-oiled, diversified writing engine of a group to be reckoned with. Add in their insanely talented friends sitting in during shows and recording sessions, and you really have something that all folks should be tuned into.

The first tune “Just For You” is one of my top picks for the record, so a good choice to start it off with. The song is sparce and a slow picked acoustic accompanying the story being laid out before you, until about the 2:40 mark when Nye’s beautiful harmonies flow into the mix and really add a wonderful dynamic to the track. You expect it to either come in sooner and last throughout the song, or not come in at all and the surprise of the harmony on that one piece really stands out and makes the arrangement particularly interesting. Plus, Davis’s dry humored wit is prevalent throughout the track, which is always a good thing.

where’d they find this band with all their colored matching suits?
and I’ll even clap for them, but just for you 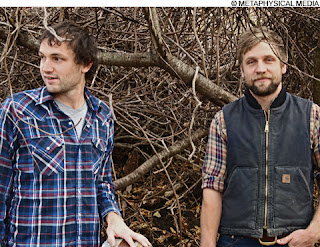 “Pistol and my Pills” is another one of these songs that just grabs you. I first heard this in a video that Roy filmed while touring overseas in Germany (?) and I thought “why didn’t I write this song. I want this song. Thing Roy will give me this song?”. From a songwriter standpoint, I take that as the utmost praise to give to a fellow songwriter. Everything about this song is fantastic…end of story. (oh, and it has Joe Walsh on mandolin too, so there’s that)

Nye’s “Brother Dave” follows up ‘PAMP’ and is just another one of these songs that borders on totally beautiful and painfully sad, which I guess in its own right is a sense of beauty. I love music that just makes me feel and want to close my eyes and listen. The slow churn of the acoustic and patter of each note of the banjo being plucked move the steady burn along through the misguided troubles of the character in the narrative.

The songwriting, performances, and delivery of the content is impeccable. This is American f*cking music right here…not that “bedazzled country, sing about the flag to make a buck” garbage…but real,  genuine red dirt roots music that makes this genre so damn good. Every single song is a standout. The harmonies on this record tread gently on the line between “endearing beauty” and “authentic worn, grit”. Every once in a while a duo is formed where two musicians just “get” each other on a creative level and fit perfectly sonically, these guys found that groove in their collaborative efforts. I think my favorite part is the really laid back feel of the recordings. They sound great, but some of those “in studio” clips are left in there for good measure; its real, engaging, and charming. Something that cannot be faked or produced, this recording is just a raw and organic event that happened and I am damn glad it did. 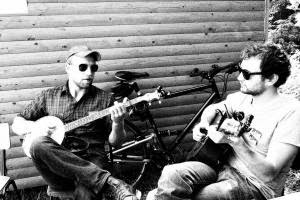 What this record has is plain and simple. Really well written songs, honest and hard-worn lyrics, and
voices weathered in a way that really makes you listen deep and believe the conviction of these guys. I just really love music like this and that’s pretty much the best compliment I can pay a musician. “Big Empty” is an Americana genre masterpiece.

Check out the Coloradas online at: http://thecoloradas.com/

And be sure to check out their big CD release with Boston local rockers Girls, Guns and Glory on October 25th at One Longfellow Square in Portland, Maine. That’s sure to be an excellent show!