The Civil Wars on Honesty, Banter and a Little Backwater

Collaborations are nothing new in Nashville. Songwriters get together looking for inspiration or a creative spark, and every once in a while lightning strikes. Such was the case for Joy Williams and John Paul White. Randomly paired up at a songwriting camp, the two quickly realized that they were onto something special.

“The chemistry was immediate,” says Williams from the road in Delaware where the duo, now known as the Civil Wars, is getting ready to load-in for their evening gig. “There was something really unique, a strange alchemy that made us both sit up.”

At first glance, Williams and White are strikingly different. Williams grew up in Santa Cruz and has fond memories of longboarding with her girlfriends; White is a southern gentleman from Muscle Shoals, Ala. The music they make together however, reveals a creative connectedness that transcends upbringing.

The pair has an obvious bond, like siblings who can poke fun at each other and who are equally capable of plumbing emotional depths together. That bond, though, is strictly professional. Williams and White are both married to other people and they credit their musical connection to their nonromantic involvement.

“The reason that this works so well is that we’re not in a relationship,” says White. “If we were, it would be pretty unhealthy to be rehashing this stuff over and over.”

Shining a light into the darker corners of love, the Civil Wars create disarmingly honest songs full of love, untold truths and thoughts of what could have been. They also reveal exquisite beauty and an awareness that love and heartache sometimes go hand-in-hand.

Williams and White, with the help of producer Charlie Peacock, took the less-is-more route, adding minimal instrumentation to their full-length debut, Barton Hollow. The resulting songs stand exposed instead of lost in a sea of production tricks. “We did our best to just keep things stripped-down and honest,” says Williams, “keeping it felt and not just heard.”

“That’s the way we perform live,” adds White, “so it makes sense that it all hold up without a lot of instrumentation.”

Tucked in among indie-folk ballads and country heart-wrenchers, like the hit single “Poison and Wine,” is the album’s title track, a good old backwoods stomp.

“‘Barton Hollow’ was the last song that we wrote for the album,” says Williams. “We wanted something that was earthy, with some roots, some dirt and maybe a little backwater.”

The song adds grit to the Civil Wars’ repertoire and helps to shake off some of the emotional weight of their deeply personal material. When playing live, Williams and White lighten the mood with their banter; Williams says it allows them to “come up for air between songs.”

“You have to be emotionally present in order to sing these songs night after night,” she says. “But if we don’t connect with the emotion, then there’s no reason we should be up onstage.”

This article appeared in the Santa Cruz Weekly 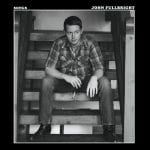 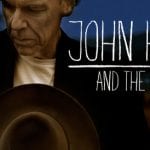