The Blackouts, punk, and the biological impulse of rock criticism. Or Egypt.

It was 7 degrees outside this morning. I am indoors, in my mother-in-law’s kitchen cutting up jalapeno thingies for a Pioneer Woman book release party at the family bookstore and trying to remember not to itch my eyes until the juice wears off. Which, inevitably, I will forget. All of Egypt appears to be in the streets on the television across the room, which my father-in-law has left soundless as he returned to his woodshop, and the Blackouts are — after so many years of seeking — finally in my earbuds.

It does little good to write that the Blackouts were the best band in Seattle in the early 1980s, and clarifies little to note that their rhythm section became the core of Ministry.

I have slightly more than a passing geopolitical interest in the fate of Egypt. One of my father’s colleagues, a Jewish-American historian specializing medieval Islam, lives in Cairo, and we have received a couple long e-mails from him. He is a man for whom I have enormous respect. Back in junior high, when we were studying the Middle East, I asked him a question. He returned the next day with a fistful of PLO literature, documents (as I then understood it, though I reckon the truth may be different) which were banned in the U.S. Fairness, even in the 1970s, was a rare thing.

I have sought the Blackouts’ version of the Jan & Dean hit “Dead Man’s Curve” for many years. It was on a 12″ which was once in every used record store I frequented, and so I felt no urgency to acquire it. Until it disappeared. It seems like I saw them twice, back when, probably once at the Showbox when it was a dim pit, and probably once at the Vogue, where I rarely went but where my high school debate partner felt rather more at home. I think he may have had a crush on one of the boys in the band, but don’t know that. And it matters not the slightest.

I suppose now that we would not call what I am listening to punk rock. Certainly the young art student who works for me, who can speak eloquently about the history of obscure hardcore bands from the coal mining regions of Eastern Kentucky, will think it odd when I plug my iPod in this afternoon.

A few years back K assembled all but the last, Al Jorgenson-produced EP released by the Blackouts, a 16-track CD titled History In Reverse.

I know you don’t care. I know this isn’t roots rock.

I know everything happening in the streets of Cairo and all the other cities in Egypt where CNN hasn’t cameras is vastly more important.

Maybe the shortcut is this: The Blackouts are..worry, were…an angular West Coast art punk ensemble in the vague tradition of Talking Heads, which band I still adore. With a sax mostly replacing the synthesizer which was stolen from a gig I didn’t attend, and so they seem a little bit like Romeo Void, too.

But it’s the naming of things which becomes tiresome.

It doesn’t matter if we name what happened in Egypt “democracy,” for there is no certainty that the people in the streets will get (or, even, wish to have?) such a thing. The Founders of the U.S. always feared the mob, and the French Revolution did nothing to dim that fear.

It doesn’t matter if the biologists of rock criticism, who much assign discrete phylum to each band (and perish the act who mutates across such lines and betrays its audience) today hear the Blackouts as a punk band.

They were the strongest statement of individuality, of relentless sacrifice for art, of the intensity of the creative process (this is what I heard, not what I presume they lived, though there’s some of that presumption, inevitably in all of this) one might imagine in Seattle in 1982. And they were really, really good.

I knew this CD came out years ago, but, again, delayed buying it. Afraid memory would not survive the present encounter. But it does.

And so I shall go place cream cheese in the jalapenos downstairs, and hope the people of Egypt find their new-won freedom is really something like freedom. Is, at least, better. For they have sacrificed much. And will, I fear, be asked to sacrifice more.

There are some YouTube videos to be found. Somebody else can post them, maybe. I’ve got work to do, and still don’t understand how anybody has time to watch such things. 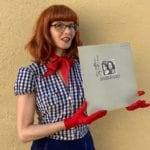 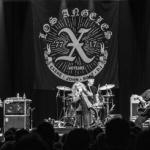