Many of the usual suspects will notice a different annual  “Best of” column to close out 2016.  Over the last few years, I’ve only been purchasing vinyl records.  There is a special kind of comfort when visiting local independent stores like Square Records and Hollow Bone Records and spending time rummaging through the “just arrived” section trying to find something on my wish list.  I’ve also made a few direct donation purchases to artists and friends I’ve met along the way. like Elizabeth Cook and this year’s Exodus Of Venus, who created Pledge or Kickstarter projects.  Unfortunately, the annual AMA road trip to Nashville was put on hold, so hearing new music from today’s songwriters was limited to satellite radio stations The Loft and Outlaw Country or an occasional concert performance.  It has been a difficult year to focus on music and my deep appologies to those of you who submitted material for me to review that won’t be mentioned below.

For the first time, I’m going to touch on vinyl reissues and those Holy Grail Lp’s you attempt to find at your local record store, thrift shop, garage sale, or online merchants.  At the top of the list is a pair of Buddy Miller reissues from Bear Family Records.  Gorgeously packaged on 180 gram virgin vinyl, Your Love And No Other Lies and Cruel Moon are direct metal master cut records that I was able to locate on a random search.  Another artist who is hard to find older editions of is Alejandro Escovedo.  My cup runneth over this year with Record Store Day releases of Gravity and Thirteen Years  along with another online find of A Man Under The Influence – Deluxe Buurbonitis Edition.  To cap it off, Escovedo released one of this year’s best albums titled Burn Something Beautiful, a collaborative songwriting effort with Peter Buck and Scott McCaughey cut to vinyl in Cleveland by Clint Holley at Well Made Music.  Other items of note was the rerelease of Wrecking Ball from Emmylou Harris, Son Volt Live At The Bottom Line, and The Criteria Sessions from Buddy Guy and Junior Wells.  One of the original outlaws, Waylon Jennings and his iconic Dreaming My Dreams, was reissued by Fat Possum Records and finally scratched off the wish list. 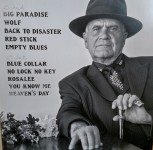 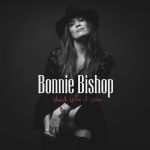 Some of the highlights of new material came from Chelle Rose Blue Ridge Blood, Sarah Jarosz Undercurrent, and Bonnie Bishop Ain’t Who I Was.  Seeing Peter Wolf performing live touring behind another fantastic solo Lp titled  A Cure For Loneliness was a bucket list concert.  Local favorites Roger Hoover Pastures and Robert Kidney Jackleg both deserve some international love.  New releases like Silver Tears from Aaron Lee Tasjan and a limited edition blue vinyl copy of For Better, Or Worse by John Prine deserve more listening time.  I have a laudry list of titles I still hope to aquire including The Bird & The Rifle from  Lori McKenna, the debut album from Sean McConnell, Live Dinner Reunion by Robert Earl Keen, and Sunset Motel by Reckless Kelly featuring the hit single “How Can You Love Him (You Don’t Even Like Him).

If I were to highlight one particular album it would be Midwest Farmer’s Daughter from Margo Price.  The release of Midwest Farmer’s Daughter caused the biggest stir in Americana and Country Western music circles.  Price and her husband Jeremy Ivery are backed by The Pricetags comprised of Jamie Davis (electric guitar), Dillon Napier (drums), Micah Hulscher (keyboards), Kristen Weber (fiddle/harmonies), Luke Schneider (pedal steel), and a bushel full of string players.  Recorded at the legendary Sun Studios, the album has that lush traditional sound that echoed out of Music City in the 1970’s. A lifetime of hardships from her family loosing the farm in Illinois to selling her ring and car to record this album gushes within her lyrics of preservation. From the opening track “Hands Of Time” which was recently nominated for Song Of The Year by the Americana Music Association, radio singles that are part of SXM Outlaw Country’s rotation include the anthem “Tennessee Song”, the sweet vocals on “How The Mighty Have Fallen”, and the whiskey flavored toe tapper “Hurtin’ (On The Bottle). “Four Years of Chances” will remind you of Jessi Colter and my personal favorite the gorgeous “Since You Put Me Down” will have you singing along. Margo Price is hands down the winner of my Best Album of the Year Award.

Album of The Year Awards: