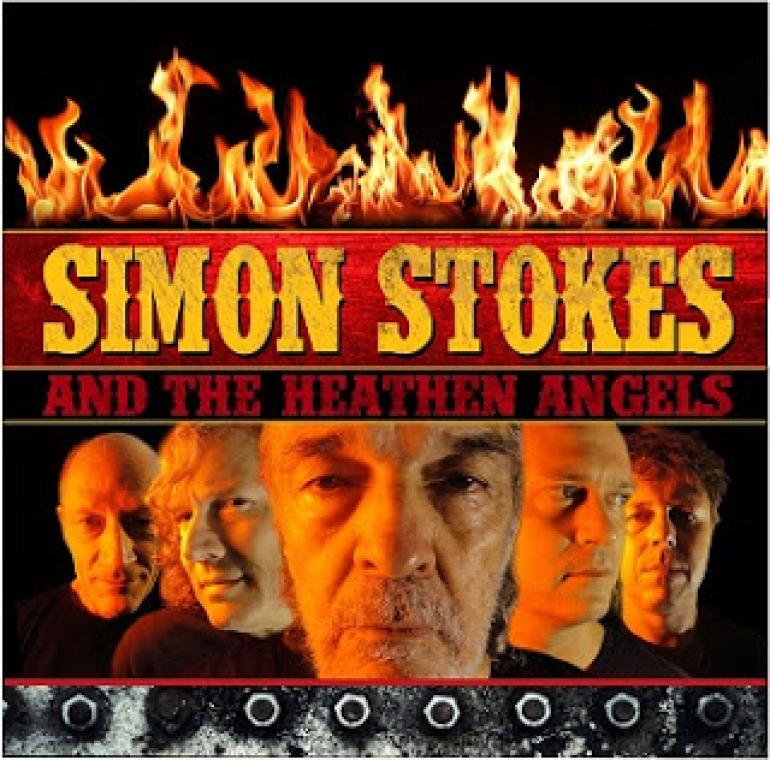 A version of this was published in The Santa Fe New Mexican
February 11, 2011

One of the lonely things about being a music critic and a lover of off-the-beaten-wall music is that you tend to get very excited about songs and albums and artists that nobody you know, not even your hipper friends, not even most of your hipper online friends, has ever heard of. You’re the one person in the forest when the tree falls and you scream, “Yes! There was a sound!” But even those who believe you don’t really care.

That’s basically how I felt when the self-titled new album by Simon Stokes and The Heathen Angels came out. It made my day when I got a review/airplay copy in the mail (in an envelope I suspect was addressed by Stokes himself with actual Kate Smith postage stamps. God bless America!). But the few people with whom I shared my excitement only seemed puzzled.

I don’t care. This album is everything I like about Stokes — boozy biker rock, some credible honky-tonk, even some mad folk-inspired ballads that would make your typical folkie wet his pants in fear. I might just crank up my iPod and blast it in my car when I stop at red lights and inflict it upon other drivers and hapless pedestrians. Those with ears to hear will know the weird joy that is Simon Stokes. 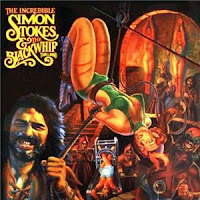 What you should know about Simon Stokes: He was born in Michigan, the grandson of a big-band leader, and moved to Los Angeles in the mid-’60s to dive into the rock ’n’ roll biz. He had a band called The Flower Children — though it’s hard to imagine that this tough old bird was ever a flower child. The group had a song called “Miniskirt Blues.” However, I never heard this song until the ’90s when it appeared on The Cramps’ album Look Ma, No Head, with guest vocals by Iggy Pop. (There’s a powerful new version on Heathen Angels.)

In the late ’60s, Stokes formed another band called The Nighthawks, which reportedly signed to Elektra Records on the same day as The Stooges and The MC5. In 1973, he released The Incredible Simon Stokes & The Black Whip Thrill Band, which unfortunately became more notorious for its S/M themes than for its bruising blues rock (and a pretty outlaw-country tune called “The Devil Just Called My Name”).

Stokes seemed to disappear after his 1977 album Buzzard of Love, resurfacing in the ’90s to team up with Dr. Timothy Leary on an album, Right to Fly — also known as LSD (Leary Stokes Duets); the best song from that collaboration is “100 Naked Kangaroos in Blue Canoes.” Stokes also helped produce The Radical, a cool album by American Indian Movement leader Russell Means. My favorite Stokes work of all time is his 2002 album Honky. There were guest spots by Wayne Kramer and The Bell-Rays’ Lisa Kekaula, but this definitely was Stokes’ show. Songs like “Amazons and Coyotes,” “Johnny Gillette,” “Ride on, Angel” (a Black Whip remake that’s even better than the original version), and “No Confidence” represent Stokes at his rough-riding strongest.

Look Homeward, Heathen Angels: The new album is definitely Stokes’ greatest since Honky, but that just means I like it better than the one album between the two, Head, which was a good record with some great tunes, though more homemade and lo-fi. Most of the songs on Heathen Angels feature a full band — a solid group of rockers who perfectly complement the old master.

The opening song, “Hey You,” is an instant Stokes classic. With the Heathen Angels playing a thumping beat behind him, Stokes sings about a confrontation between a man on edge who basically is irate with the world and someone who looks at him wrong. “Don’t need no lawyer tryin’ to steal my dough/Don’t need that crap they’re playin’ on the radio. … Hey you, are you looking at me/Hey you, I don’t like what I see.”

Brantley Kearns’ fiddle is out front on the song “Infected,” a minor-key rocker with the refrain, “Everybody’s infected, ’fected … everybody’s gonna die!”

Another happy little tune here is “Down For Death.” This almost-seven-minute dirge is what Fairport Convention would have sounded like had Fairport Convention been fronted by a homicidal biker. Actually might be “The Black Angel’s Death Song” by The Velvet Underground. A man’s wife and children have been slaughtered by evildoers. It never says exactly why; there’s just the understatement, “a deal gone bad.” 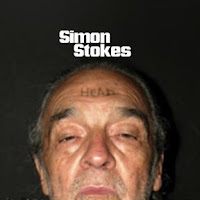 But that’s the last understatement here. As Kearns goes nuts on his fiddle and Michael Starr’s guitar snarls menacingly, Stokes describes in bloody detail how the bad guys get theirs.

It’s definitely not for the squeamish. But that’s OK. The squeamish have their own music.

Besides “Miniskirt Blues,” another old Stokes tune revived here is “A Boa Constrictor Ate My Wife Last Night.” Originally appearing on Black Whip Thrill Band, it’s a dumb ditty, but it’s a fun little tune with a melody similar to that of “Honky Tonk Women.”

Stokes proves he’s got country in his soul on the song “Let’s Do Wrong Tonight.” It’s a duet with Annette Zilinskas, former bassist for The Bangles who also sang with the country-rock group Blood on the Saddle. This is a 100-proof honky-tonker that wouldn’t have sounded out of place on country radio in the ’70s. 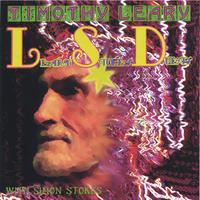 There are a couple of cover tunes here including a wild take on “One Night of Sin.” Stokes doesn’t have the vocal talent of Elvis (who did the best-known version of this Smiley Lewis song). But it’s a spirited rendition that works on its own rag-tag terms.

Then there’s “Moth and the Flame,” an obscure song written by the late Sky Saxon of The Seeds.

Whenever you get discouraged and start to believe that most so-called rock music has become too artsy, too foo-foo, too slick, too poppy, too politically correct … seek out Simon Stokes. He’ll restore your faith.