A version of this was published in The Santa Fe New Mexican
April 30, 2010

Here’s a short film review. The Runaways is basically an R-rated after-school special.

By far the most interesting aspect of this movie, which concerns the rise and fall of the underappreciated band that gave the world Joan Jett, is the villain of the story, Kim Fowley, portrayed by Michael Shannon. And even more interesting is how the real-life Fowley, instead of responding with threats of defamation suits, has thoroughly embraced Shannon’s portrayal of him as an abusive, exploitative eccentric. This shouldn’t be surprising, though. After all, Fowley has described himself as a jerk, a genius, and a pig.

The genius and the jerkiness can be heard on the recent two-disc compilations by Norton Records. The first volume is called One Man’s Garbage, and the second is Another Man’s Gold. The discs are sold separately, and both are subtitled Lost Treasures From the Vaults, 1959-1969.

Flashback: I once met Fowley at a South by Southwest Festival in the mid-’90s. He was walking around the Austin Convention Center wearing a psychedelic coat of many colors and was in the company of a sexy young songbird he claimed was “the next Janis Joplin.” I don’t remember how our conversation started, but Fowley was pitching this singer to me so intently you would have thought I was a major record-company exec. Some film crew from God knows where approached us, so naturally he addressed his pitch to the camera. Fowley ranted, and the next Janis Joplin slinked around looking lovely. I just held up the singer’s tape with a stern expression, nodding my head, as if I were the muscle in the entourage. What I’d give to have that footage now! I eventually listened to the singer’s cassette. Alas, Fowley’s sweet young companion was not the next Janis Joplin.

Present tense: Although Fowley is most famous as a producer — besides The Runaways, he has worked for artists ranging from The Germs to Helen Reddy — he was also a performer. America first heard him on a goofy 1960 novelty tune called “Alley Oop,” credited to a “band” called The Hollywood Argyles.

You’ll find The Argyles here doing a tune called “Long Hair, Unsquare Dude Called Jack,” not “Alley Oop.” These are compilations of true obscurities. There’s no Helen Reddy either. Instead there’s a barrel of mostly unknown groups that Fowley produced and/or performed with — The Patterns, The Players, The Renegades, The Rituals, U.S. Rockets, Donny and The Outcasts, and more. 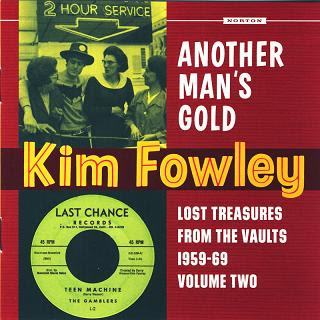 These records are full of novelty songs, parodies, answer songs, teenage melodrama, Mad magazine-worthy hipster lingo, surf instrumentals, and some unabashed doo-wop. They can stand proud beside other Norton collections like the Mad Mike Monsters and I Hate CDs series.
But what distinguishes Garbage and Gold is the Fowley touch. Permeating the tracks are Fowley’s self-deprecating, anything-for-money, Hollywood-in-the-’60s sensibility. On so many of these songs, it’s easy to imagine Fowley and his cronies laughing at the dumb humor — intentional and otherwise — of the lyrics while at the same time praying that he’s got another “Alley Oop” megahit on his hands.
Some of the tunes are easily recognizable echoes of teen hits of the day. “Big Fat Alaskan” by Donnie and The Outcasts is an apparent answer to Jerry Woodard’s “Long Tall Texan.” “Surfer’s Rule” by The Rituals is a rewrite of “Johnny B. Goode,” while “The Rebel” by The Players alludes to The Shangri-Las’ saga “The Leader of the Pack,” though it also has elements drawn from Don and Dewey’s “Big Boy Pete” and an Archie comics character, Big Moose.
Speaking of The Players, this Fowley ensemble didn’t just do songs. The group’s records were demented little skits that featured a narrator who would put Jack Webb to shame. “Memories of a High School Bride” is a weird morality play that must have been a lot of fun to record.
And there’s some piggishness here too. Check out “Surf Pig” by Fowley and Mars Bonfire — the composer of Steppenwolf’s “Born to be Wild.”
Fowley takes a stab at protest songs with “Big Sur, Bear Mountain, Ciro’s, Flip Side, Protest Song,” which was released under his own name. Fowley drawls, “I protest against the songs I’ve been hearing on everyone’s radio. … I protest against the kids who want to flip their lids instead of thinkin’ where it’s really at. … I protest against things that are never going to happen, and I really don’t like things that I do.” He’s not really protesting. He’s basically just sneering at everyone, including himself.

That’s even more evident on “The Worst Record Ever Made.” Here Fowley talks over a girl group called Althea & The Memories. Elsewhere in the collection this group sings sweet straight-faced doo-wop ditties like “Daddy Said” and “Dedication.” But on “Worst Record,” they do a call-and-response over a “Louie Louie” riff while Fowley rants “Hey surfers are you listening to me? … Do you think there’s ever been a dance called ‘The Wheelchair’? … Do you know how hard it is to yell in a microphone for two and a half minutes? It’s pretty hard. It shows how desperate we are. It shows you how desperate you are to be listening to all this.” 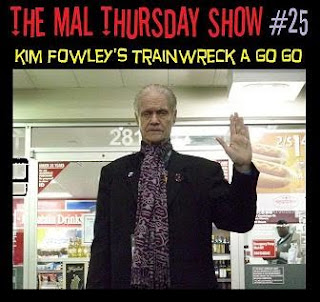 At one point during the song, Fowley ponders, “I wonder if they’ll still be doing this when they’re 74 years old.” Fowley’s 70 now. I bet he’ll still be doing it in four years.
These CDs can be found at the Norton Records site. And you can download them for real cheap at Amie Street.
For a recent Fowley interview and some Fowley music, check out the Mal Thursday podcast in the GaragePunk Hideout.
0
Shares