A version of this was published in The Santa Fe New Mexican
February 18, 2011

The ragged old flag of Old Weird America has been waving high in recent months. There have been a rash of new compilations of old recordings of tobacco-spitting hillbillies, roughneck bluesmen, gospel shouters, jug bands, and chain-gang chanters.

You might even say that the past is so bright, you gotta wear shades.

I’m referring to recent releases from two fine companies — the Georgia-based Dust-to-Digital, founded by music collector Lance Ledbetter, and the Global Jukebox, a new label of the Alan Lomax Archive.

Here’s a look at some of this music.

*  The Hurricane That Hit Atlanta by Rev. Johnny L. Jones. This double-disc Dust-to-Digital compilation is one of the most intense, most powerful, and most satisfying gospel collections I’ve ever heard. It’s a collection of church and radio performances, going back to 1957, by Jones, a 70-something preacher/singer who’s still preaching and singing every second Sunday at Second Mount Olive Baptist Church in Atlanta. It’s mostly music, though it also has a little preaching, some conversation with a radio caller, and even a couple of radio ads.

Thankfully someone, perhaps Jones himself, thought of taping his services. The sound quality isn’t exactly professional. But it doesn’t take long to forget that — the spirit comes through loud and clear. Jones sings most of the material, although a few others — Lula Pearl Jones and Valerie Mathis, among them — are featured on some tracks.

Many of the songs aren’t the typical verse-chorus-verse structures. Some sound improvised, as if Jones is moaning when the spirit says “moan,” shouting when the spirit says “shout.” The track “Devil Don’t Understand Moaning,” for instance, is part of a sermon — a traditional black sermon in which you don’t realize when the music subtly takes over from the preaching. At one point, Jones’ guttural shouts sound as if he’s in the midst of a struggle deep inside his soul.

The screams of a female parishioner whose soul is obviously on fire give a real edge to “Sometimes I Feel Like I’m Almost Gone.” Obviously, the word “almost” wasn’t necessary for some of those who felt the spirit while this was being recorded. 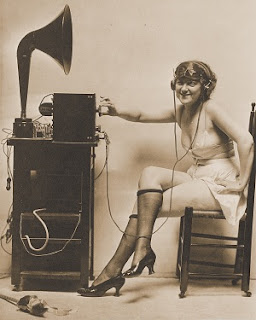 * Baby, How Can It Be? Songs of Love, Lust, and Contempt From the 1920s and 1930s. While the other discs I’m reviewing this week are field recordings (with some tracks recorded in actual fields), this three-disc set from Dust-to-Digital consists of commercial 78-rpm records.

The themes of love, lust, and contempt each get their own disc. The 66 songs are taken from the collection of old-timey musician John Heneghan (he has a band in New York called Eden & John’s East River String Band). The songs include hillbilly, blues, jazz, jug band, string band, and even a few Hawaiian tunes. The collection spills over with sex and humor.

There are some famous people in this compilation — Cab Calloway, Mississippi John Hurt, and Blind Lemon Jefferson. But some of the obscure artists steal the show, like screechy-voiced Mississippi Matilda, George “Shortbuckle” Roark (who is “I Ain’t a Bit Drunk”), and Laura Smith, who kicks off the Contempt disc with a funny ditty called “I’m Gonna Kill Myself.”

Grateful Deadheads will recognize “Don’t Leave Me Here” by Henry Thomas. The Dead turned it into “Don’t Ease Me In” — coffee, tea, and jailhouse key included. R. Crumb’s Cheap Suit Serenaders covered “Pussy,” a song about a special feline by Harry Roy and His Bat Club Boys on the Lust disc.

Meanwhile, Tiny Tim fans will be happy to find the original “Tiptoe Through the Tulips With Me” by Eddie Peabody. 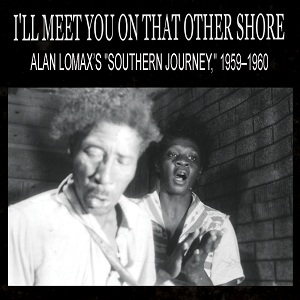 * Wave The Ocean, Wave The Sea;
* Worried Now, Won’t Be Worried Long;
*I’ll Meet You On That Other Shore;
* I’ll Be So Glad When the Sun Goes Down
* I’m Gonna Live Anyhow Until I Die. These five albums feature selections from Alan Lomax’s Southern Journey, which he recorded on trips in 1959 and 1960 to the rural South.

Lomax captured performances on front porches and in living rooms, town squares, churches, and prisons. Some of the locales were those he visited on similar trips with his father, John Lomax, decades before, and some of the musicians were those he met on those previous trips. The original Southern Journey, albums released in the early ’60s, were the first field recordings of American roots material presented in stereo. Periodically, these recordings reemerge in various configurations. In the late 1990s, for instance, Rounder rereleased 13 CDs worth of Southern Journey recordings.

I’m not really an audiophile, but I have to comment on how crisp and clear these newly remastered tracks sound. I’m ignorant of what kind of electronic voodoo went into this process, but the results are remarkable. 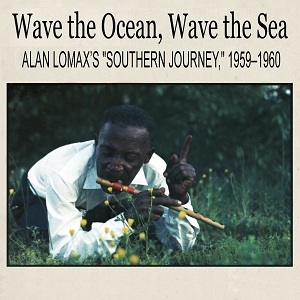 Various styles of traditional Southern music can be found on each of the five albums including sacred harp, Cajun, gospel quartet, some proto-bluegrass, and the sound of the men working on the chain gang. The title song of  I’ll Be So Glad When the Sun Goes Down is by Ed Lewis and other prisoners at the infamous Parchman Farm prison in Mississippi. It’s an a cappella call-and-response accompanied only by the clanging of the men’s axes and hoes.

“Dark Day,” a spiritual by the Silver Leaf Quartet (on Wave the Ocean), is apocalyptic and spooky. And speaking of songs of contempt, “Levee Camp Holler” by Johnny Lee Moore (on Worried Now) is an a cappella put-down of a “downtown money-waster” whom Moore threatens with physical violence.

Who said folk music had to be pretty?