A version of this was published in The Santa Fe New Mexican
May 20, 2011

I’m not going to gush here about what Old Man Zimmerman’s music has meant to me — how hearing the riddle-ridden, six-minute “Like a Rolling Stone” and The Byrds’ version of “Mr. Tambourine Man” on AM radio in Oklahoma in 1965 was like hearing the call of oracles; how hearing him sing “Girl From the North Country” with Johnny Cash in 1969 filled me with optimism for a divided nation; how the bartender used to always play “Baby Let Me Follow You Down” by Bob Dylan and The Band every Sunday at the end of my set when I used to play in a local bar called Faces in the late ’70s; how spooky it felt the time I walked into the old Lincoln County courthouse and someone was playing an instrumental song from Dylan’s Pat Garrett and Billy the Kid soundtrack; how I laughed when Dylan had to cut short a show in Albuquerque because dozens of teenagers, including my daughter, spontaneously joined him onstage to help him with the chorus, “Everybody must get stoned.”

Naw, I’m not going to get into all that.

I’m just going to say happy birthday, Bob, and share my list of a dozen of my favorite Dylan covers by a whole mess of artists who surely have their own Dylan stories to tell. 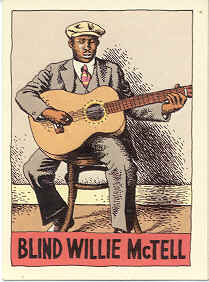 1. “Blind Willie McTell” by The Band. This is one of Dylan’s greatest tunes. A wise critic once wrote that it’s “one of those weird Dylan tunes that, a listener might suspect, contains the entire mystery of America secretly encoded in its lyrics.” Originally recorded for his 1983 Infidels album (and left off, perhaps because it didn’t fit the level of mediocrity Dylan was shooting for with that record), it wasn’t released until his first Bootleg Series box set in 1991. Three years later it appeared on The Band’s first album without Robbie Robertson, Jericho. New Orleans blues great “Champion” Jack Dupree sat in on piano while Levon Helm and Rick Danko shared lead vocals.

2. “Every Grain of Sand” by Giant Sand. Dylan released a higher percentage of crap in the ’80s than he did in any other decade. But there were some jewels among the garbage, and this song, from his 1981 album Shot of Love, is one of them. Howe Gelb and his Arizona cohorts are known for getting goofy, but here, backed by the band Poi Dog Pondering, Howe played it straight with this near-8-minute gospel-tinged opus, and it’s nothing short of soulful.

3. “It’s All Over Now, Baby Blue” by The Byrds. Dylan covers made up a huge chunk of the early Byrds’ repertoire. Their first hit was an abbreviated version of “Mr. Tambourine Man.” And their version of “You Ain’t Goin’ Nowhere” is the definitive version. But their greatest Dylan song was “Baby Blue.” They did a jangly folk-rock version in the early days, but they got it right with the slow, mournful take on their unjustly overlooked Clarence White-era 1969 album The Ballad of Easy Rider. (Runners-up on this song: 13th Floor Elevators, Them.)

4. “Stepchild” by Solomon Burke. “Anything you ask, I’m willin’, I just can’t beat Bob Dylan,” Burke ad-libs in this song on the late soul giant’s 2002 masterpiece Don’t Give Up On Me. I bet Dylan disagrees. This Dylan blues rarity never appeared on any of his own releases. 5. “Billy 1” by Los Lobos. This song, originally on Pat Garrett and Billy the Kid, becomes a drunken cantina stomp in the hands of David Hidalgo and the boys. You can find it on another soundtrack album, the I’m Not There soundtrack, which is full of fine Dylan covers. This track is a good companion for “Señor (Tales of Yankee Power),” another Mexican-marinated song on that soundtrack, performed by Willie Nelson and Calexico.

6. “Absolutely Sweet Marie” by Jason and The Scorchers. This is country rock with an emphasis on the rock. A close runner-up is C.J. Chenier’s zydeco-flavored take on this song on Blues on Blonde on Blonde.

7. “I Pity the Poor Immigrant” by Richie Havens. Backed by a sweet steel guitar, Havens pours his guts into this song. Nobody, including Dylan, ever did it better. It’s on the long-out-of-print album Richard P. Havens, 1983 (which was actually released in 1969.)

8. “Saved” by The Mighty Clouds of Joy. I didn’t appreciate Dylan’s much-reviled late ’70s-early ’80s “born again” era until I heard the excellent 2003 compilation Gotta Serve Somebody: The Gospel Songs of Bob Dylan. The Clouds’ contribution is probably the most energetic track on the album.

9. “Like a Rolling Stone” by Johnny Thunders and Wayne Kramer. Ex-New York Dolls Thunders teamed up with former MC5 member Kramer (who was fresh out of prison on a drug rap) to form a punk-rock supergroup. They made this Dylan classic bleed. Runner-up: the version by Drive-By Truckers.

10. “Lily, Rosemary and The Jack of Hearts” by Mary Lee’s Corvette. Back in 2002, this New York roots-rock band performed all the songs from Dylan’s Blood on the Tracks from start to finish and released it as a CD. This 10-minute romp captures the spirit of the original. On the first verse singer Mary Lee Kortes let a drunken audience member do a bad Dylan impersonation. She wisely took back the mike. 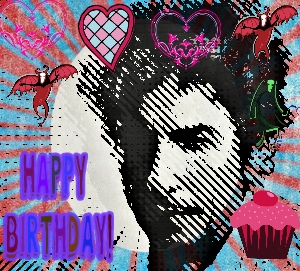 11. “My Back Pages” by The Magokoro Brothers. Yes, Dylan is big in Japan. This tune, sung in Japanese, is from the Masked and Anonymous soundtrack.

12. “Wallflower” by Doug Sahm. This country waltz is a highlight from the 1973 country-rock classic Doug Sahm and Band. Sir Doug is joined by Dr. John on organ, David Bromberg on dobro, and Dylan himself on harmony vocals and lead guitar.

Oh, did I mention that this is a baker’s dozen?

13. “All Along the Watchtower” by Jimi Hendrix. This one’s so obvious I almost didn’t list it. Dylan liked Hendrix’s version better than his own. I do too.

* My own Dylan birthday tribute: Hear some of the music mentioned above and more. A whole lotta Bob! 10 p.m. Sunday night on Terrell’s Sound World, Santa Fe public radio, KSFR-FM 101.1 and streaming live at www.ksfr.org

UPDATE: My former colleague Jason, who’s even more learned in Giant Sandlore than I am, pointed out that it’s the group Poi Dog Pondering backing Howe Gelb on “Every Grain of sand.” So I added that above.

(I can’t get my dadgum Youtube embeds to work over here in Ningland, so if you want to see some Dylan covers that didn’t make my list and which you won’t hear on my radio show  check out there version on my music blog.)