Telluride Contest: Bridge to a Bridge

First journeys are often magical events, as they should be, but to my great surprise I had actually been on the road for many years. As I walked across the bridge leading into Telluride Town Park Camping Area in 2007 a new friend called out for me to stop. When I turned toward my friend I caught sight of a hand pointed over the water and only heard the word “look”. My gaze began at the hand rail and simply wandered over the river as it swept eastward, rounded left around the sand cap of the mines and then back to the right where I could see the bottom of Ingram Falls. By the time the view had taken me to the top of the falls the tears had begun to flow down my cheeks and I quietly uttered, “I’m here”. I realized I was being watched and turned away from the falls. “Not only are you here Hope, we wanted you here”. The words were spoken through tears and I now realize it was because sharing the magic is just as meaningful as finding the magic in Telluride.

It all started in April 1991 when a band at our local festival stopped two whinny , hot and thirsty pre-teens in their tracks on a simmering Saturday afternoon in Florida. I vowed to learn more about the music but daily life seemed to always get in the way. I found myself as entranced as my daughter and her friend two years later by the same band and by late June a co-worker was telling me she “…saw that band again, the one with the banjo…” on her honeymoon at Telluride Bluegrass Festival. It wasn’t so much the story she told that gain my interest, but the way her face change when she spoke told me that this more than just a music festival and I could already feel the San Juan Mountains calling to me.

Bela Fleck was the banjo player and the band, The Flecktones, I found to be mulit-genre in composition. The more I listened to the music the more it took me to other avenues and I crossed the bridges willingly. With the advent of the internet information about TBF was found easily and in 2006 I signed up to get e-mails from Planet Bluegrasss with little hesitation and soon found myself reading that Mr. Fleck had been presented with a live chicken for his 25th Anniversary playing TBF. It was my kind of funny and I vowed to make it to Telluride in 2007.

The bridge to Town Park that Sunday prior to the festival 2007 opened me to a world of music like I have found in no other place. It’s a world of Festivarians that welcome with open arms, events that include all willing to participate and fellowship like I remember from church socials as a child. My love of the music lead me to Nashville in late 2007 and formed a bridge to what has become the true second home of my life. I returned to Telluride in 2008 to the loving family of Festivarians and took pleasure as we welcomed more into the fold as they too crossed their bridge into Town Park.

Looking back, I can see it was one musician, Bela Fleck, that started my journey to Telluride and as I told my story one evening in Nashville, as my co-worker did long ago in Florida, it was a young bluegrass musician that interjected, “the Bridge” as I mentioned Mr. Fleck’s name and suddenly, without warning, my thoughts took me back to the day I stood looking at Ingram Falls. “Your face just changed” he said laughing and in that moment I felt the magic of Telluride. 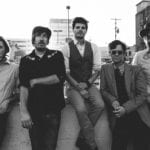 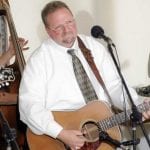