As I’m typing this I’m thinking about a really cool blog post where I explore all the reasons why Sam Bush is King of Telluride.  In the post, I’d explain how he really is Telluride in many ways – he’s made 37 TBF’s in a row, while keeping it real for people who weren’t even born when he was celebrating his 20th anniversary appearance.  Think about that.  I definitely did as I watched a bunch of young people dancing to Sam Bush’s encore song, Cripple Creek, last night.

I’m also thinking about a post that talks about what it’s like to blog about TBF for No Depression.  That post would make a few points – first of all, it’s a privilege to be here with credentials and the access those credentials provide.  I’d thank both No Depression and Planet Bluegrass for that.  Second, it would tell about all the courtesies extended by Planet Bluegrass – particularly Brian Eyster, who has patiently explained so much and made the experience very positive.  Third, the post would acknowledge something I suspected before, but didn’t really understand.  It’s a lot of work to seriously blog a festival.  My hat is off to the folks who do this well – it’s harder than it looks, particularly if you’re really participating in the festival.

But those posts are for another day – it’s Sunday morning as I type this and we’re about to go to Town Park to hear Darrell Scott open the last day of the festival.  So just a few notes about Saturday at TBF (which, of course, will include a lot of Sam Bush anyway):

Telluride Band Contest started the day with 4 interesting bands in the finals.  First place went to Run, Boy, Run a group from Tucson, Arizona, consisting of 3 women and 2 men.  In my view, they won with a haunting version of Fair Margaret and Sweet William.  Here’s a pic of them performing that song:

Second place went to Wayward Roots.  Really liked their smooth sound and original songs.  Cedar Hill, a song which wonders what it was like way back when and Colorado, a new song they wrote when they realized they’d be traveling here from Ann Arbor, Michigan, were hits with the crowd and presumably the judges.  Here’s a look at Wayward Roots:

The Band Contest is a big deal.  The Dixie Chicks and Nickel Creek are past winners.  Last year’s winner, Nora Jane Struthers and the Bootleggers, played a set Saturday (really good one, too) at Telluride and last year’s second place band, Henhouse Prowlers, is playing Rockygrass this year (they won the Rockygrass band competition last year).  So, good luck to these bands and the other finalists – we’ll be seeing more of them, I’m sure.

Tim O’Brien’s Saturday set was one of his best, and on a mostly sunny afternoon, it was just the thing to put yesterday behind us and get us focused on a big Saturday of festivation.  O’Brien performed with his band, which includes Bryan Sutton, Stuart Duncan and Mike Bub.  He played some Bill Monroe and told a few jokes, including this one:  Neutron goes into a bar looking sad.  Bartender says, why so sad? Neutron says, well, I lost an electron.  Bartender says, are you sure? Neutron says, I’m positive.  I’m sorry for repeating that but I felt like you should share my pain.  Really enjoyed O’Brien’s entire performance but I (and the crowd) particularly dug Workin’ and Look Down That Lonesome Road.

Yonder Mountain String Band was up next.  Second song, they’re doing a cover of  Snider’s Sideshow Blues.  It really sounded like a Yonder song and to some extent it was because Jeff Austin threw in some new lyrics about the ‘field’ and the ‘freaks’ in it as well as all the famous folks back stage (the Decemberists were coming on next).  TBF is tailor made for Yonder and Yonder is tailor made for TBF.  Saturday’s afternoon show was their third of the week.  They played a Firstgrass show up in Mountain Village as well as a Nightgrass show Friday night.  Austin commented that banjo player Dave Johnston was a bit slow after coming in at 3:00 a.m. only to be greated by his young son (about a year) who wanted to stay up and play.  Johnston apparently got over it, because when Austin brought Sam Bush out after saying,”he’s like a father to me – he might be my father,” Johnston did some jamming with the King of Telluride.  Take a look:

The Decemberists were next – anticipation for this set was high on our tarp, as it appeared to be all over Town Park.  Their CD The King Is Dead doesn’t have a weak song on it, and I think the vast majority of Saturday’s festivarians had heard it.  It was good to see Sara Watkins (formerly of Nickel Creek) on stage.  She played a lot more than fiddle – at one point she was banging a drum with two huge drumsticks, giving that drum a look like it had wronged her in some way.  But she and her bandmates sounded great.  Colin Meloy talked a lot about their last trip to Telluride, making the point that he had challenged Bela Fleck, et al to a pick off last time but no one obliged.  The second time he said this, Bela and Jerry Douglas came on stage along with Noam Pikelny and Benmont Tech to oblige him.  Meloy lost the pick off, but won the day as he had all these folks as well as most of the crowd laying down before the encounter was over.  Great stuff.

Sam Bush played an amazing 2-hour set beginning at 8:00.  He cranked it up with River’s Gonna Run (the Buddy Miller tune) with some help from Emmylou Harris:

Among others, Bush and his band played Bringing In The Georgia Mail, Ridin’ That Bluegrass Train, White Freightliner Blues, a instrumental called Banana that morphed into the Allman Brothers’ Whipping Post, Sailing Shoes, which morphed into Crossroads and then back again, then Laps in 7.  As I said, his encore was Cripple Creek.  Town Park was still full, with everyone on their feet the entire show and I’d bet that most would have come to Telluride just for this.  Excellent.

Old Crow Medicine Show was last up.  Ketch Secor and the boys had Mumford & Sons on stage with them early in the show, and you’ve never seen so much fast playing on one stage in your life.  When we left about halfway through the show (the cold and the long day was too much), the young and young at heart were dancing all over Town Park.  They were a sight to see as worked our way out, but I don’t think they really noticed us.

Mando Lines is on Twitter @mando_lines.  All photos taken by him. 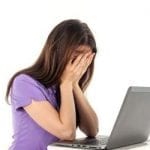