The day after the great Chicago blizzard of 2011 came roaring through, I found myself in my office working on my guitar when I heard the television in the other room blaring out that unmistakable theme song for American Idol.  Now that Steven Tyler was on the show, my wife Annie liked to watch.   The show centered around the auditions in Austin and of course was edited perfectly to be entertaining while still tugging at the heartstrings. The contestants were all jittery with excitement.  They were around 19 years old and some of them had real talent and some of them didn’t.  There were tears of joy and tears of rejection and of course some fantastic tantrums too.

I could identify with all of them in that they wanted to “make it” in the music world.  Here is a fast track to the top — or so they think.

Let’s be generous and say about four contestants make something out of this show each year.  That leaves quite a few people who don’t.  What happens to those people?  Do they keep going?  Or do their dreams sputter, lose steam, and slowly become lost?

Back in 1985, I graduated from college and had no idea of what I was going to do.  I knew I wanted to be a musician but had no idea of how to get there.   There was a show on television at the time that was very similar to American Idol called Star Search, which was a more upscale and dignified version of The Gong Show, its crazy 70’s cousin.  Ed McMahon was the host of this talent contest and like Idol there were cattle call auditions for talent.   My mother saw an ad for it in the paper and encouraged me to give it a try.

So I found myself in line outside the Park West one chilly October night with thousands of other hopefuls for Star Search.  I remember my brother Colin came along to keep me cheerful and awake.  We all shivered as it got colder, waiting for the doors to open.  My big army jacket that I kept on all night kept me warm and under that I had a sharkskin neon blue blazer that my Uncle Bob Dunn wore to his prom back in the 50’s.  I was ready.  The hours crept by and with it the unrelenting cold.  It was a real character builder.

The rest of the story is pretty easy to tell.  I slumped along with other people in a long line.  As I neared the door, I could feel my heart starting to pound.  My hands and feet were numb, but so were everyone else’s.  I was granted a 15-second chance to sing.  The tech guy bungled my tape of “I Only Have Eyes for You.”  It started at “I don’t know if it’s cloudy or bright” and was barely audible, but I sang my heart out through the 10 seconds.   I remember one of the judges looking at me.  She definitely liked my 1950’s sharkskin jacket.  But that was it.  By the time I finished, I heard the words “thank you” from some guy not much older than me.  It sounded more like a derogatory expletive.   I was ushered out of a door and back onto the street.   I felt used in a way, but I also felt like I had let everyone down, including myself.  I had won awards and scholarships for singing and all I got was a “thank you” from the judges.   It left a bad taste in my mouth, but I shook that off and figured I would find a way to “make it.”

During this time my brothers and I formed the latest and last incarnation of our family singing group, the rock band Beyond Blue.  We practiced in an ancient manual pin bowling alley that was converted into a rehearsal space by the Chicago band Ministry… at least that is what our landlord told us.  At this time, five of us McCormack boys were living together at the corner of School and Greenview Streets.

We did the band thing that bands do.  We courted jaded club managers.  We mailed out postcards.  We hauled our equipment up flights of stairs (I hated the now defunct Avalon nightclub for this reason) and down again after a 45-minute set on an evening shared with three bands.  We drove out to Woodstock from Chicago during the winter, taking turns riding in the back of our pickup, the extra bundling not making any difference.  We practiced in our parents’ garage, with drifts coming in under the door.  We begged our friends and family to come out on a Monday at 9 p.m., knowing that it would never ever start at that time.  We put up handmade posters of ourselves all about town.  And we made cassettes of our music that we mostly gave away.  My brothers and I were paying our dues.  But there was a hitch.  All of them were either finishing law school or medical school.  The pressure to “make it” was a bit more intense for me, I felt.   I had decided to burn my bridges and not go on to any further schooling.  My brothers worked as hard as could be expected.  Now looking back, I am amazed they juggled medical school and law school and had a band.  We hoped we could “make it,” but time was ticking forward furiously toward their inevitable careers.

I forget who got it rolling this time, but we sent in a video tape of us playing and were accepted for the band portion of Star Search.  I was gobsmacked.  How could this happen so quickly and easily?  Here was my second chance.  One doesn’t get another chance in this business.  Surely God wanted me to “make it!”   It was a sign that all our sacrifice was about to be rewarded.  I was in a trad Irish band with Brian at the time and he wished me good luck.  I could hardly concentrate while playing our gig that night.   I remember thinking that I was soon to be out of a little Irish band and onto a big record label.

My brothers and I gathered after our last rehearsal and said a prayer together that we would “make it” on Star Search.  And here, right on the cusp of fame, I found myself thinking as we prayed, “I don’t know if I want to ‘make it’ this way.”   Immediately, I felt like I had let a genie out of the bottle.  I backpedaled with God.  “Of course I want to win Star Search and I want to be a full-time musician!” I pleaded.

Two days later, my brother Fran received a phone call from Hollywood.  The producers regretted to tell us that due to falling ratings, Star Search decided to cut the band portion of the show.  It was the most expensive part to produce and “we are very sorry” and “thank you.”  I don’t remember if Fran felt that the “thank you” sounded like an expletive.  But here we were again.  And here I was again, sucker punched by the fickle business called music.  And guilty that I had not conveyed to God my complete faith that we were going to “make it.”   I had betrayed everyone again, including myself and the Almighty to boot.  I was a loser.

My brothers and I argued about what to do next.  One studio wanted to record us and then pitch our music to L.A.  Of course, it would cost some money.   My brother Dave wanted to go into country music and just got a job offer with one of the top law firms in Chicago.  My brothers Tony and Fran were full time medical residents, pulling 36-hour shifts.  The writing was on the wall, and we quietly disbanded Beyond Blue.   By now, I was working in marketing for a hospital to pay off my student loans.   I continued playing in the Irish band with Brian.  I felt even further from the goal of “making it.”

I didn’t realize at the time that I had been “making it” all along.  There wasn’t any one-shot or two-shot deal.  The whole contrived contraption of the Star Search and the star-making machine had really, truly nothing to do with being a musician.  I started writing with Brian.  And we started at the very bottom, touring nursing homes and playing prisons.   My marketing job was cut and I had a choice, find a new job and continue to stay in the business, or play music full time.  I took the leap and moved full time into music, forming Switchback with Brian.

We continued down the path of adversity as we slowly built a fan base.  And along the way, I found that “making it” was the joy of making music.  “Making it” was being in the moment and had nothing to do with fame.  “Making it” was really about touching souls.  We did that, playing nursing homes and then clubs with the disgruntled and jaded owners.

My mother called me and said, “Are you going to play nursing homes all your life?”  I remember telling her, “Perhaps that is what God wants me to do, to reach these people who have no music and very little joy left.”   It was then that I felt that a shift occurred.  I was a musician and I didn’t need a cattle call or a television show or a producer to validate me.  My experience was enough.

Now, 25 years later, I look back and see that climb still taking place.  We have specials on PBS.  We have 13 albums.  We tour Europe and North America.  We’ve shared the stage with heroes like the Moody Blues and Leon Russell.  We bring fans on trips to Ireland and Italy.  We’ve made a career for ourselves in music.  And yes, we still go and play the occasional nursing home.

I didn’t know what I was looking for when I went looking for “it” all those years ago.  I had no music person in the family, no professional whom I, as a kid, would be able to follow around as he or she hit the honkytonks.  My story was completely white bread Midwestern middle class.  But somehow, I managed in spite of myself and others to “make it.”

So I will look at American Idol, but I can’t really watch it.  I cringe for the starry-eyed hopefuls who are rejected, and I hope that they realize that they do have the power to become the musicians that we as a society so desperately need.  I certainly hope they don’t allow their dream to idle because someone else felt they don’t have what it takes.  Even Elvis was told to keep driving a truck. 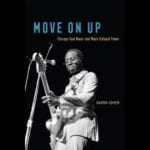 THE READING ROOM: The Story of Soul in Chicago 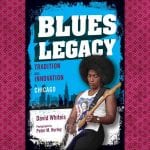 THE READING ROOM: ‘Blues Legacy’ Recounts the Music’s Sound and Soul in Chicago