Here at Hearth Music, we’ve been listening to the same song over and over all this past week. “Daniel”, from LA-based banjo picker/songwriter Olentangy John, has everything we love in roots music: haunting clawhammer banjo playing, honest and straightforward lyrics, and a touch of that Appalachian X-Factor: twang.

(To listen to “Daniel”, go to Hearth Music’s Blog)

Trying to figure out who Olentangy John is (and how to pronounce his name), we talked to his childhood friend, James Cartwright, from Trailer Fire Records. They released his debut CD, O! Be Joyful, and are currently working on a series of 7″ vinyl records inspired by the deep roots of Appalachian folk music.

Both James and John grew up in Athens, Ohio (the Northern ridge of the Appalachians), attending old-time picking parties and living with old-time Southern music as part of their day-to-day. Infused with a deep love for these roots and a desire to bring these same roots to the next generation, they’ve founded the Appalachian 7″ Series, a series of old-fashioned vinyl records intended to showcase original interpretations of traditional Southern folk songs. 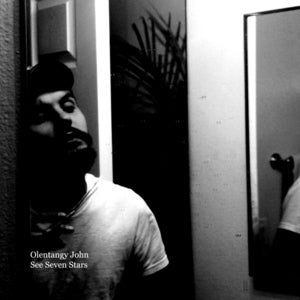 The first release in the series, See Seven Stars, showcases Olentangy John’s sparse singing and playing on four ballads, “Angeline the Baker”, “Pretty Mary”, “Wayfaring Stranger”, and “900 Miles”. These common and well-loved ballads are given a new perspective with John’s sparse, almost empty banjo and slide guitar playing, and the scratchy, distorted vocals. The music here feels rooted to the earth, full of the silence and mystery of dark woods, and the full, rushing sound of a mountain creek. It sounds like it was made by one man, in a room, with nothing but a couple instruments and a desire to share the old wisdom of these folk songs with new audiences.

You can support the Appalachian 7″ Series by going to their Kickstarter page and making a small or large contribution. You get cool gifts in return and can feel good knowing you’re helping Southern folk music find a new voice in a new generation.

You can read more about the project here.

TO LISTEN TO AUDIO FROM THIS BLOG POST, GO TO HEARTH MUSIC.

“This music is unfinished and is unfinishable. It exists only a little more than it doesn’t. It is the water and blood of a particular American tongue. It doesn’t think too clearly and it doesn’t answer your questions and we wonder what strange haint has put words to the commonness of our breath, to the ringing in our ears and to the knots on our knuckles.”
-Olentangy John

Horseshoes, Hand Grenades, and the Necessity of Bluegrass