Steve Earle continues to amaze with the depth of his musical and songwriting talent, his passion, righteousness, and intellect. Especially the way he often weaves these things through any given song.

He’s also a rare bird for his self-described working-class “redneck” cultural background. Overheated stereotyping today might peg him as one of the anti-intellectual, blind-faith types that walk the Donald Trump lockstep. But Earle’s a patriotic lefty and an author with so much to give in mind and heart, which was abundantly clear when he performed Sunday night at the Weesner Amphitheatre in the Minneapolis Zoo.

His extremely generous set displayed the range of style and attitude he’s cherished for.

A key moment arrived when he recounted his experience of beloved singer-songwriter Guy Clark’s death, which began with a story about high school teachers who showed Earle the way. Fellow Texan Clark had battled cancer for a decade, and lost his soulmate Susanna Clark a few years earlier. Earle recounted waking up in Nashville, and joining other mourners to sing Clark’s songs. In his new album’s liner notes, Earle explains how he packs grief in his back pocket: “It’s no secret that loss comes naturally to those of us who wander the outer edges of the wide world. We’ve not only come to expect that, most of us have made it our stock and trade to embrace it, savor it, set it to the melody that the North wind whistles and the rhythm of a broken heart.”

When he got home, Earle wrote his song for Clark, “Goodbye Michelangelo.” It shows his well-honed tender side. Plucking a plaintive electric mandolin, he sang: “So long, my Captain, adios/ Sail upon the sea of ghosts/ Chase the white whale to the end/ Bring the story back again…You taught me everything I know/ Goodbye Michelangelo.”

Why “Michelangelo”? Clark was an artist-craftsman, a sculptor of guitars, as well as a musical poet like his best friend, and Earle’s first great influence, Townes van Zandt. (Guy’s ashes are accordingly waiting to be incorporated into a sculptor’s bronze statue. For a great example of that three-man connection, hear the album Steve Earle, Townes Van Zandt, Guy Clark: Together at the Bluebird Café.)

“Michelangelo” graces Earle’s new album So You Wannabe an Outlaw, which is inspired by an original “outlaw musician,” Waylon Jennings. His classic album Honky Tonk Heroes grabbed Earle’s wayward heart again, not long ago when he was searching for an album theme. Jennings’ album was another timeless collaboration of dust-covered compatriots, Billy Joe Shaver, and Tompall Glaser. 1

Earle’s a man of brotherhood and sisterhood, and both tendencies are shot through with romanticism, he admitted Sunday, toward the end. He openly recounted circumstances that surround his current situation, not-long divorced from his former musical mate and spouse Allison Moorer. He’s hopelessly star-crossed, it seems, having been married seven times, including twice to the same woman. Despite it all, Earle still believes in romance, not only between lovers, but in the idea that there’s a person out there for everyone. He even helped Moorer finish a song not long ago, which he then recorded and performed, “News from Colorado.” And even if his belief is riddled with holes, he now cherishes the provisional freedom of “watching all the baseball games I want to.”

These reflections led to the new album’s “The Girl on the Mountain,” which echoes Townes Van Zandt’s “Colorado Girl,” speaking pointedly of a love he can’t let go. Earle could always soften his boot heel-tough voice and it drags its feet like a hobo here: “Sometimes late at night I pray/She’ll come down to me someday/But the girl up on the mountain never knew.” The ambiguity of that last clause pricks the heart. Did she ever really know how he loved her? Did he ever really have a chance? Would he always lose her to a mountain? 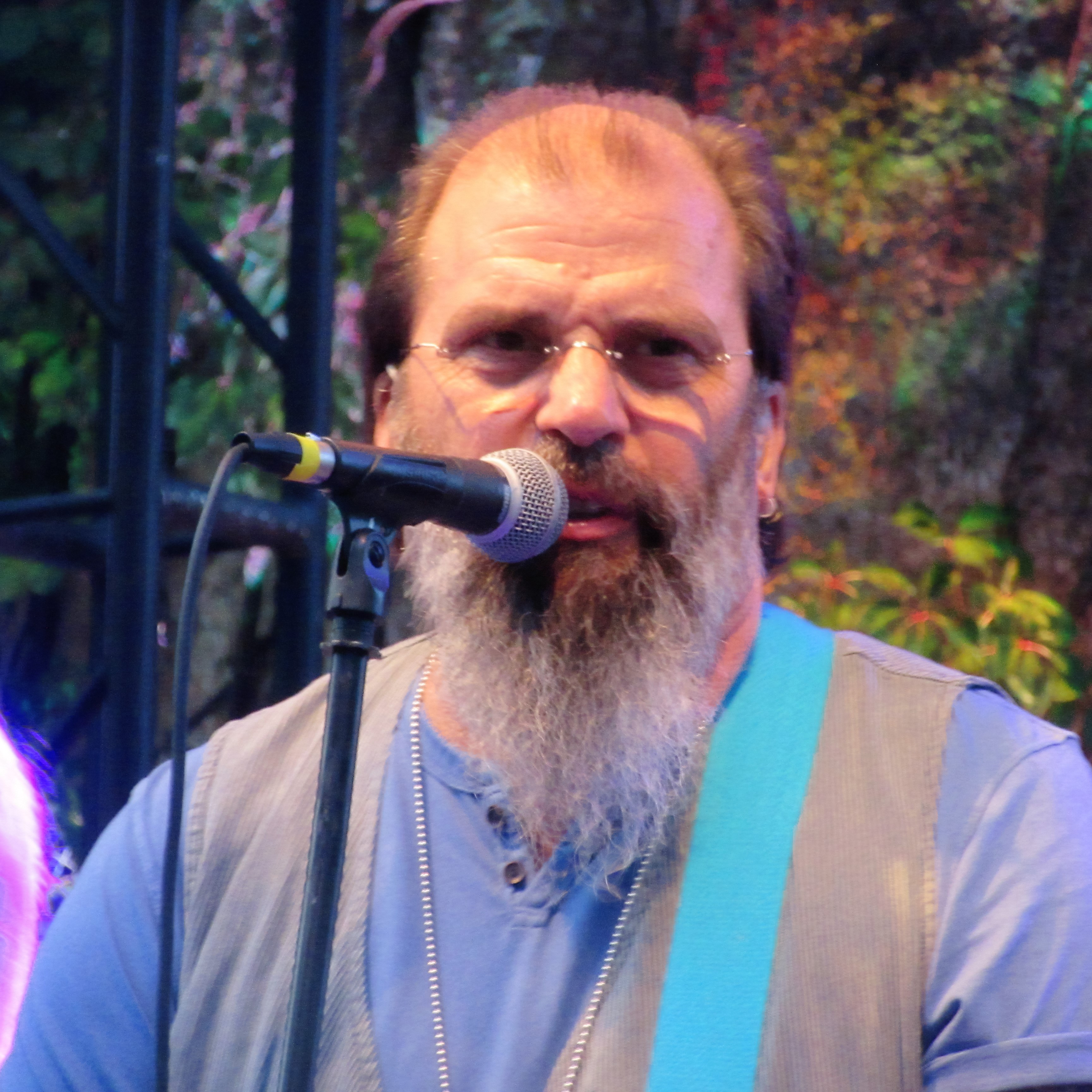 Steve Earle is a self described “romantic” who’s unafraid to bare his soul in concert.

The new album bears various riches, including two hard-life songs, “If Mama Could See Me” and the harrowing “Fixin’ to Die.” The former one walks the fine line between shame and regret: “If mama could see me in this prison she’d a cried but she cain’t,” another canny line about tough realities. What mother can really accept an imprisoned child?

“Fixin’ to Die” recounts a crime of passion: “Fixin’ to die and I reckon that I’m going to hell. Shot my baby in the Heaven-on-the-Highway hotel!” Earle followed it up with the thematically conjoined “Hey Joe,” best known as a cover by Jimi Hendrix. It’s another murder ballad that he and his ace band The Dukes lent great power and even majesty, the broad-shoulders of tragedy. It also included a razor-edged political ad lib: “I’m goin’ down south before that a–hole builds that wall/ So a man can be free!”

Earle mixed in just enough of his superb catalog for variety, including the heavy metal grinder “Copperhead Road,” the pealing mysticism of the minor-key vamp “Transcendental Blues,” the stirring call-and-response of “City of Immigrants” and, in encore, one of his most exhilarating songs, “Johnny Come Lately.”

In the World War II tradition, “Johnny” celebrates returning veterans, even though this tale tells of a Purple Heart Vietnam vet who’s plenty worse for wear. Yet the irony of his troubles make hardly a dent in the hometown hoopla. Wait until he tries to find a job.

Finally, I can’t overlook Earle’s power-packed new song “The Firebreak Line,” which, he said, might be the first and only song dedicated to wildfire fighters. Wildfires continue to ravage droughted areas and threaten property and human health and life. Talk about a new breed of unsung heroes. Until now. “Gotta pray that the wind’ll die/ and it rains down from on high/ raise a glass/ for the hotshots past/ in hotshot heaven up above the sky.”

Even if his personal life – including serious prison time for drug convictions – often plays like a B disaster movie, Earle is a hard-core hero in my book, the sort we need as many as possible of in our blighted culture and politics.

He also displayed his superb musical taste in his choice of opening acts. The first group, the duo called The Mastersons, are actually members of the current edition of the Dukes, and include the excellent guitarist-vocalist Chris Masterson and violinist-mandolinist-vocalist Eleanor Whitmore. Together the couple dealt out piquant harmonies and snap-dragon rhythms. 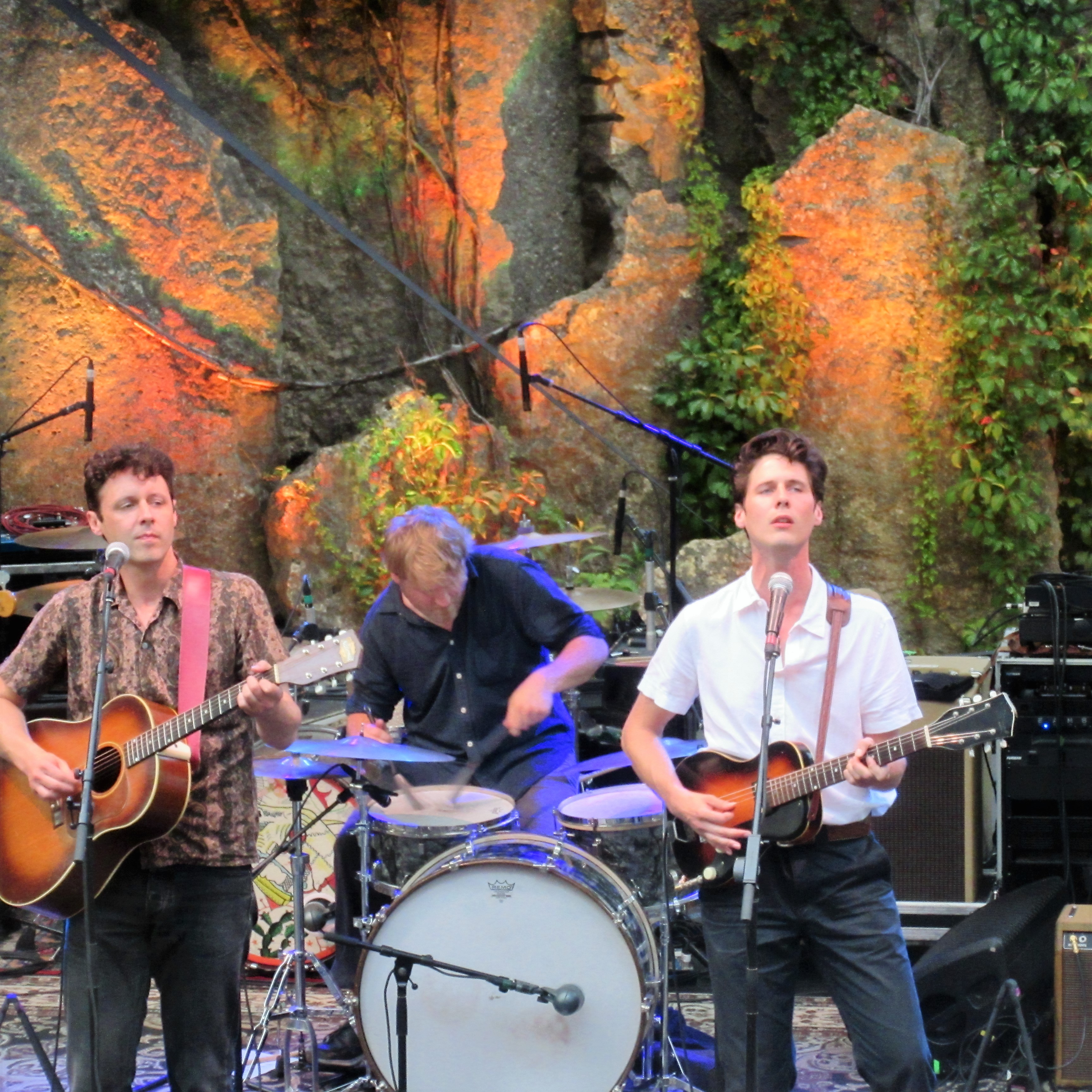 Harmonies were also the calling card of the second opening group, The Cactus Blossoms, and if you only glanced at the card you’d swear it read “The Everly Brothers.” I’ve never heard a group more perfectly and pointedly capture the gleaming fraternal resonances of that famous duo. And yet, for all that, you found not a single Everly cover in the set of this St. Paul-based group. Their lone cover was an old Kinks song, “Who’ll Be the Next in Line?” And they burn a very personal trademark into their style. For all their soul, the Everly Brothers almost sounded slick compared to this group. Which doesn’t mean The Cactus Blossoms lack for high musical skills. The vocal harmonies are achingly plangent and precise.

What’s different is that the Blossoms slather a thick, hazy glaze of knotty-pine country on their Everly-ish pipes, often delivered at a sleepy shuffle, but with a band fully capable of cranking up for a bluegrass style hoe-down, or personalized honky tonk with a hint of burnished class. The overall effect, at its best, is down-home, infectious and quietly thrilling. 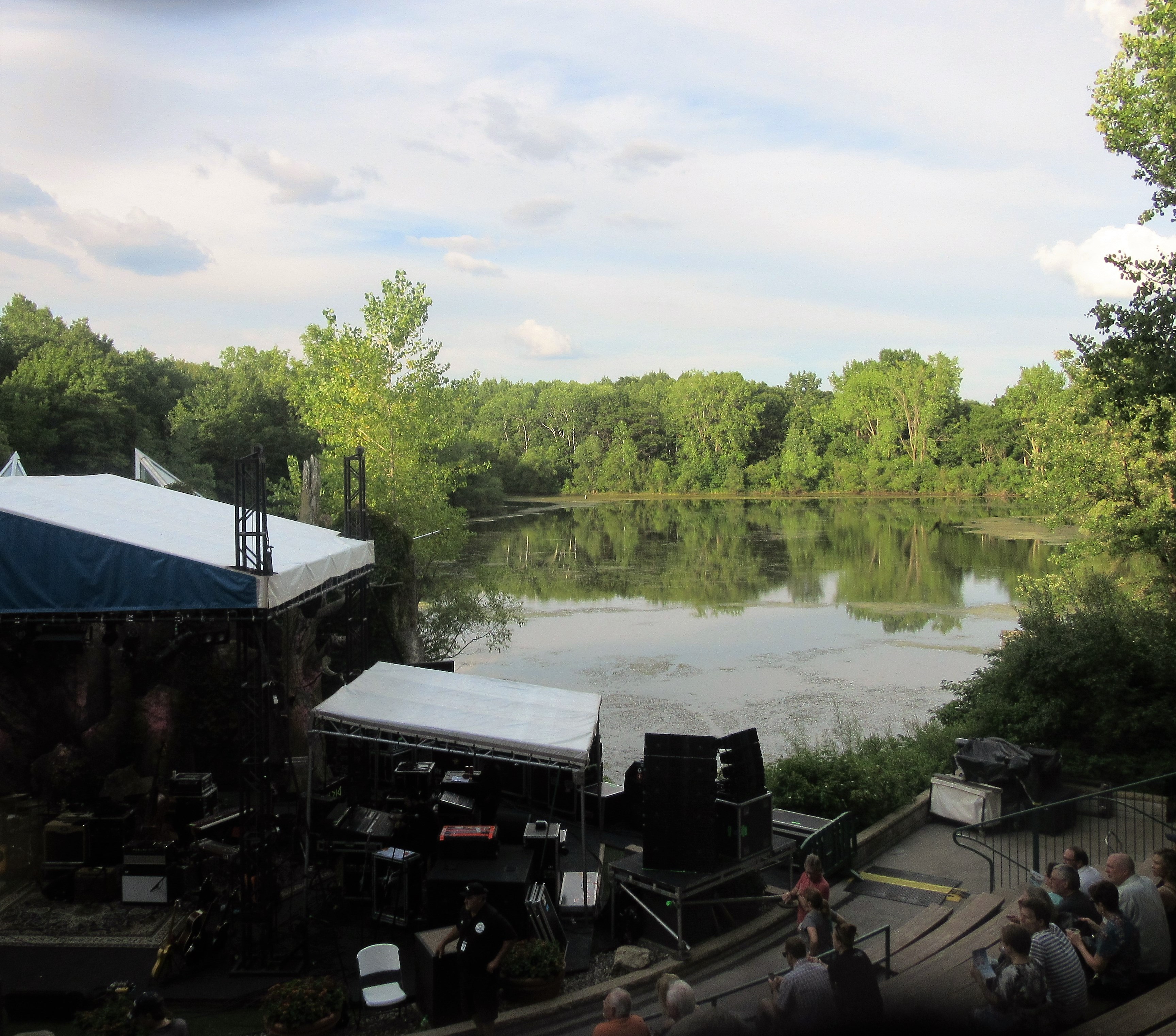 The Weesner Amphitheater at the Minneapolis Zoo is a stunningly picturesque concert setting.

1 Earle historically is a superb collaborator. Among such highlights have been a full album collaboration with the Del McCoury Band, The Mountain, which includes his superb duet of “I’m Still in Love with You,” with Iris Dement, reminiscent of his joyous “You’re Still Standing There,” with Lucinda Williams. He recorded “Johnny Come Lately” with the ultimate rabble-rousing Irish bar band, The Pogues. Then there’s his duet with Allison Moorer, “After The Fire Is Gone” from Coal Miner’s Daughter: A Tribute To Loretta Lynn, and several duets with Emmylou Harris and one with his sister, Stacey Earle.