I ask this question for a second time in the past month – does it take a lot of guts to get on stage and present a set of new material? Stephen Kellogg took the stage for this sold-out show and said, “If you think you’re going to hear music you know, you’ll be disappointed!” Maybe it was a blessing that I did not know his music, although I got no sense that people who were quite familiar were the least bit upset.

Stephen has rejuvenated his solo career; he started in western Massachusetts where he went to college as solo artist which was followed by a decade with a full band. He is returning to his singer-songwriter roots; judging by what I heard, he’s going to be successful in this third incarnation.

Stephen is going to record a new album, or rather a project – a four-CD album called ‘South, West, North, East’.  The concept is fabulous for music that feels closer to the Americana genre than roots-rock, folk or country. Each part is being recorded in the part of the country that is its namesake. He will release one album per month, although contributors to his Pledgemusic campaign will receive them all at once upon the release of the third part of the project.

He has a terrific stage presence; his banter with the audience was both comfortable and witty. After going through his set of new material, he told us he was going outside and we were going to applaud so he could return and play requests – which was exactly what occurred.

He got many requests from the crowd and they were mostly deep cuts, some of which he said he had not played in so long that he would not play them this night. Toward the end of the show, Stephen walked into the audience, took a chair and climbed onto it to perform an unamplified song. I always enjoy it when an artist does that.  We get to hear the music in its purist form.

Old and new fans left the club quite satisfied with the show. I hope Stephen did as well.

Click photos to see more from this show on Suze Reviews the Blues. 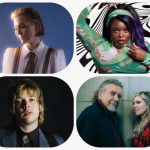