It was the blues, laden as it is with guitars and angst, that initially drew me to roots music. 2013 has seen a bumper crop of solid blues recordings, including these three highlights.

“Out of My Mind” by Cassie Taylor

The contemporary blues scene is crowded with young talent. All too often, these young men and women are prematurely catapulted into the limelight as the next big thing; with no time to really develop their own voice, their talents wind up hard to distinguish from every other act in the genre sporting three chords and a feeling. Fortunately, vocalist/bassist/songwriter Cassie Taylor has spent time being mentored by one of the most original blues performers on the scene today — her father Otis Taylor. Like Otis, Cassie isn’t content to be pigeon-holed by a particular genre. The tunes on Out of My Mind run the creative gamut from the Stax-era soul of “Out of My Mind,” to the hard rock Yardbirds groove of “No No,” to the acoustic guitar and horn funk of “Forgiveness” (the track that probably betrays the strongest imprint of her father). More modern traces of neo-soul and even hip-hop are evident throughout. Taylor’s rock-steady bass and soulful voice are accompanied by a top-notch band that includes Larry Thompson on drums and Steve Mignano on guitar; the latter offers enough electric pyrotechnics to keep discriminating six-stringers engaged. A solid album from an artist poised to stand out from the rest. 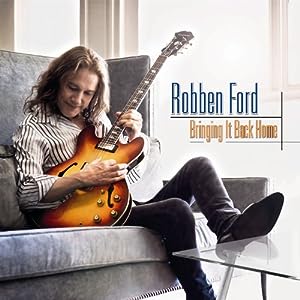 “Bringing it Back Home” by Robben Ford

This is an album bound to divide Mr. Ford’s fan base, which has grown accustomed to his specific brand of high-octane electric blues-rock — a sound heavy on hot licks and meaty tones, but sometimes lacking in memorable tunesmithing. On Bringing it Back Home, he trades in his stable of guitars for an Epiphone Riviera and limits himself to the neck pickup, a mildly overdriven tone, and a more tasteful pallet of jazzy fills. This restraint, matched with a Memphis-inspired song set and a tight band that includes organ and horns, yields a truly memorable recording. Highlights include the slinky soul-blues of “Birds Nest Bound,” the Kenny Burrell-inspired instrumental “On That Morning,” and a slick cover of “Most Likely You Go Your Way and I’ll Go Mine” that retains the spirit of the original, despite Ford’s band being considerably more polished than the rootsier mob of session aces that graced Blonde on Blonde. It seems likely that Robben Ford will be cranking up the gain for his next go-round, but hopefully some of the inspiration guiding Bringing it Back Home will carry over into future endeavors. 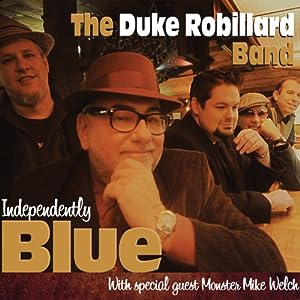 Duke Robillard knows the blues inside and out; his stints with Roomful of Blues, the Fabulous Thunderbirds, and numerous solo albums are testimony. Robillard is also a mean picker, so when he brings on a second guitarist to play lead — Boston’s “Monster” Mike Welch — you know that he has something special in mind. Independently Blue does not disappoint, offering a satisfying stew of blues idioms, all held together by Robillard’s robust vocals and a rock-steady rhythm section that includes Brad Hallen on bass, Mike Teixeira on drums, and Bruce Bears on keys. The album strikes a remarkable balance among traditional blues rockers like “I Wouldn’t-a Done That,” guitar-laden instrumentals like the aptly titled “Strollin’ with Lowell and BB,” and brass-band horn arrangements on the New Orleans-approved “Patrol Wagon Blues” and the Benson-inspired “You Won’t Ever.” Great licks abound, with Welch’s spiky overdriven leads providing an audible contrast to Robillard’s smoother, jazz-inflected tone. Pick it up.

This post was originally featured on New.Old.Stock. – A guitar music blog.