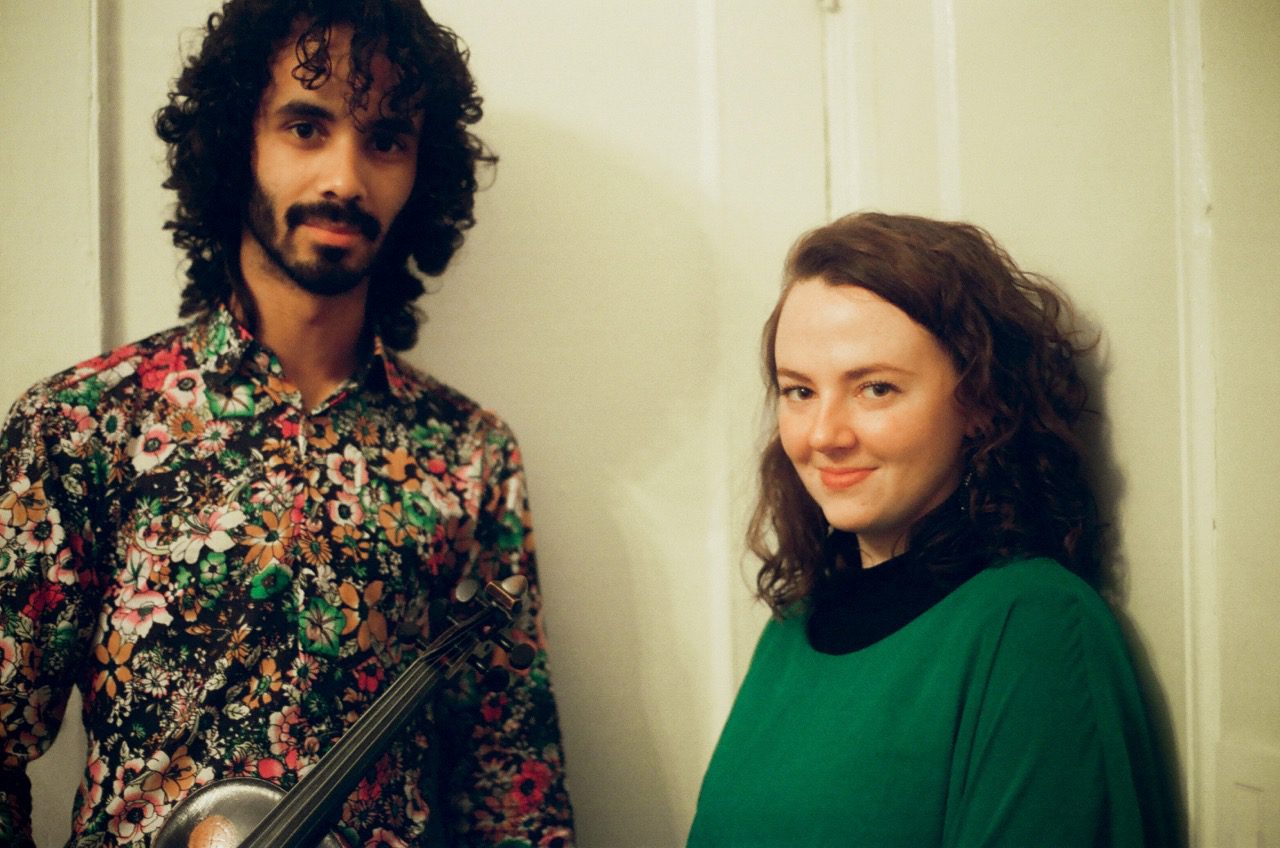 In July 2013, George Zimmerman was acquitted for the murder of 17-year-old Trayvon Martin. It threw Jake Blount into crisis.

Blount, like Martin, was a teenager at the time. And Blount, like Martin, is African American. Growing up in the ‘90s and ‘00s, Blount had always figured that racism on this level was something earlier generations had to deal with, and a number of factors had led him to believe that he would be sheltered from it. But as the ensuing Black Lives Matter movement coalesced, Blount realized that the people he grew up around and associated with couldn’t be relied on like he’d thought, and that their support of him was conditional.

He didn’t know how to deal.

On the day of the Zimmerman acquittal, Blount was at his grandparents’ house in Maine. He remembers going upstairs to his room, where he downloaded books of slave songs, spirituals, and more obscure African American musical traditions. In general, he wanted to find out how previous generations had dealt with American racism, but he wasn’t exactly sure what specific thing he was searching for. He didn’t find it in spirituals, but the banjo’s lineage captured his attention. A major part of stringband history, after all, is African American history.

“I came to the realization that after the banjo made its way to the continental US out of the Caribbean, it found its first home in the slave communities around the Chesapeake Bay, who were my ancestors,” Blount says. “I found this direct, personal link to that tradition, and then once I started playing the instrument it just came together in a way that felt really right.”

Today, the Washington, DC-based Blount is half of old-time duo Tui, alongside Brooklyn fiddler Libby Weitnauer, and they released their debut LP, Pretty Little Mister, on June 28. Its 13 songs are meant to represent diversity within stringband music, and many were originally recorded by nonwhite players. Even the album title points to inclusivity: the original lyric to “Smoke Behind the Clouds” refers to a “pretty little miss,” which Blount changed, “because I’m gay and I’m singing it.”

“It happened to work out that if you just approach it with a mindset of ‘What tunes do I like?’ you can wind up with a pretty representative cast of source musicians without really trying,” says Blount.

The members of Tui met at a 2017 birthday party and bluegrass jam in a Brooklyn loft. Blount had just returned from a three-month trip on a research vessel in the South Pacific, part of Hamilton College’s SEA Semester program. He and Weitnauer got together to jam at that party, but they were both exhausted and they played so badly, Blount says, that they quit after one tune. Later in the spring, they jammed again at the Altamont Fairgrounds in New York. This time, they clicked. In 2018, they toured New Zealand together in support of Blount’s Reparations EP, a duets project he released in 2017, featuring Tatiana Hargreaves, billed as a “reclamation and resurrection of traditional Black and Native American fiddle, banjo and vocal music.”

“As I’ve become more involved in being a part of [the music] industry as opposed to just part of a jam scene, I’ve started to think more about the flow of resources and think about how much money is being created by stringband music, country music, bluegrass music — genres that derived from black influences and black artists,” Blount says, explaining the thought process behind the Reparations project. “How many black artists are getting paid? That’s a story that plays out time and time again in virtually every major American music export. … We have this multimillion-dollar entertainment industry in this country, and you don’t see that reflected in the statistics for wealth distribution.”

When he toured New Zealand with Weitnauer, the title took on a literal meaning. Blount was a black artist, he says, out on the road and getting paid.

Another seed was planted during that tour — this one by a bird.

“[We] were totally smitten by these tui birds that make all these insane noises,” says Weitnauer.

“We also make shrieking and whistling noises,” says Blount. One of these exceptionally vocal birds, he continues, can sound like five. “They also have regional accents. They’re very old-time fiddler-like.”

As Blount and Weitnauer moved forward as Tui, both had done their share of research into source recordings. Weitnauer had started her research through online old-time tune database Slippery-Hill, and when Tui started she was working as a Making American Music program intern at the Smithsonian’s National Museum of American History.

“When I went to work at the Smithsonian, Dom Flemons was the person that was in charge of that program,” Weitnauer says. “He was really adamant about us trying to find material that we personally were excited about.”

Weitnauer, who grew up in Maryville, Tennessee, sought out music from her home region. As a kid, she took fiddle and classical violin lessons, and stringband music was in the air. It was on the radio. It was the ambient music in grocery stores. Yet she didn’t know many of the tunes she soaked up were specific to her home region until she began digging into the Library of Congress.

“One of those [southeastern Tennessee songs] did end up on our album, which is ‘Went Up on the Mountaintop,’“ she says.

For Blount, “Woah Mule” is especially exciting. It’s from an early source recording of fiddler and Buffalo Soldier Elijah Cox, whose parents escaped slavery via the Underground Railroad. His story fascinates Blount, who is not sure if anyone else has recorded Cox’s version of “Woah Mule.”

“That was really exciting for me on a historical level, just being part of that,” says Blount.

Considering stringband music’s history, and even in the post-Carolina Chocolate Drops era, it’s unusual to find African American players, Blount says. The ones who do enter this world often burn out, he continues. “I can count on one hand the number of black people who’ve been in it for more than a decade,” Blount says.

This is indicative of a wider problem, he says. Simply by being an African American in stringband music, one gets pushed into a sort of de facto activist role, Blount admits. Just by being present, one is making a statement. Blount considers himself an activist, true, but he views activism as something with intent — one is trying to make a change or advocate for a certain viewpoint. And for all his and Weitnauer’s dedication to honoring stringband music’s diverse history, at the end of the day, they simply play songs they like.

“It shouldn’t be a big deal that there’s a black banjo player in 2019,” Blount says.

Tui is No Depression‘s Spotlight band for July 2019. Look for more from this duo all month long! To comment on this or any No Depression story, drop us a line at letters@nodepression.com.