I’ve just returned from Northern Italy where I’ve been working on the debut solo release by the violinist, singer and songwriter Chiara Giacobbe. Formerly of the roots-rock band Lowlands, Chiara’s recently been guesting with local heroes, The Mandolin Brothers, and I was lucky enough to catch one of their gigs while I was out there.

Fronted by singer-songwriter Alessandro ‘Jimmy’ Ragazzon and hailing from the town of Voghera, the Mandolins are something of an Italian Americana institution, having formed back in 1979. Releasing four albums, they cover a broad sweep of American influences, from country to blues and rock’n’roll, delivered with impeccable musicianship based around buzzing slide guitar, Hammond organ and, yes, mandolin. Playing mostly original songs, they round their live set out with classic heart-on-sleeve covers from the likes of Steve Earle, Little Feat and The Band. On the occasion I saw them, we’d just learned of the passing of the great Levon Helm and accordingly ‘The Weight’ was covered not once but twice!

There does seem to be quite a little scene going on in Italy. There are of course Lowlands themselves, whose Gypsy Child album caused a few ripples last year, and whose working relationship with the likes of Chris Cacavas and Joey Huffman does them great service. And then there’s Stiv Cantarelli, formerly of the MoodFood-signed Satellite Inn, whose latest album Innerstate boasts backing from Richmond Fontaine. The Wild Boars from Turin are a driving mix of bluegrass, country-rock and Pogues-ish revelry. And of course in the UK we have our own Italian-born singer-songwriter in the form of Trent Miller, whose albums on the Bucketfull Of Brains label have received wide acclaim.

Sadly, such acts feel under-appreciated on their home turf. The Italian economic situation has increased difficulties for bands who are disinclined to sing in their own language yet play the music they love and, not unreasonably, they crave recognition further afield. There’s a healthy Americana market in the rest of Europe and the UK, and such acts deserve to be part of it.

The Mandolins have a dream to play in London and I’d like to help make that happen. Shouldn’t be too hard – Barry Marshall-Everitt’s magnificent House Of Mercy radio show has been featuring their stuff for a year or more, so there is certainly a germ of support. But if any other promoters, journalists or DJs or people with a floor to kip on are interested in lending a hand, do please get in touch.

And everybody else, if you fancy a summer holiday with good food, good wine, good company and – above all – good music, consider a musical tour of Northern Italy. Italian hospitality is, after all, second to none!

Lastly, I apologise for the rather corny title of this post… 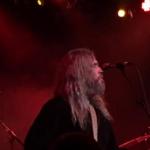