Where do you start to review a six-day festival incorporating a conference with panels, interviews, mentor sessions and demo listenings; a trade show with special exhibits, and days and nights filled to the brim with official parties and music showcases? Reader I can tell you it feels more than a tad daunting but here goes…..

Affectionately referred to as SXSW this festival is in its 26th year and just keeps getting bigger and bigger attracting participants and registrants from around the globe. With over 2000 bands performing across 80 or so venues, Austin really does live up to its name as ‘Live Music Capital of the World’ during the month of March.

The festival is anchored by the keynote speaker and this year ‘The Boss’ Bruce Springsteen delivered a passionate and affectionate speech lasting 50 minutes. He spoke about his own musical influences and inspirations starting with Elvis in 1956 and running through Roy Orbison, Phil Spector, the British invasion (the Beatles, the Animals), the Sex Pistols, James Brown, Bob Dylan, Hank Williams, Pete Seeger then closing with Woody Guthrie, whose centenary year this is  – ‘he’s the big, big ghost in the machine’ said Springsteen as Guthrie family members looked on from the VIP seats.

Springsteen with an expanded E-Street Band later played a show lasting over two and a half hours – a warm up for the opening of his WRECKING BALL world tour. His shows are the stuff of legend and this one in front of an ‘intimate’ audience (2750) will go down in the annals of Springsteen history. With so many musicians in town he was joined by Tom Morello to reprise the album versions of Death To My Hometown and Jack Of All Trades and also on The Ghost of Tom Joad; by Eric Burdon (lead singer with the Animals) whom he’d called his idol during his keynote speech, for Please Don’t Let Me Be Misunderstood. Jimmy Cliff played three songs and the grand finale Guthrie’s This Land Is Your Land saw Springsteen joined by Flatlander Joe Ely, The Low Anthem, Tom Morello, Alejandro Escovedo, members of Arcade Fire and Garland Jeffreys. Two months of rehearsal have paid off and how!

Woody Guthrie’s centenary year was celebrated not only by a prelude to the keynote during which Eliza Gilkyson and Jimmy LaFave performed Guthrie songs closing with a heartfelt This Land… for which they were accompanied by Colombian folk singer Juanes who had performed two of his songs in his native tongue, but also a panel session moderated by Bob Santelli of the Grammy Museum and a tribute showcase – The Grammy Museum’s Woody Guthrie Centennial Tribute. The latter had a roster of fifteen performers including Joel Rafael (the pre-eminent interpreter of Guthrie’s music), Jimmy LaFave (a leading light of the annual Woody Guthrie Festival in Okemah) and Guthrie’s son Arlo, who closed out the evening having commented that his father had been dead for a long time but because of his sister (Nora, Director of the Guthrie archives who has made unrecorded lyrics available to different musicians over the years) he comes out with a new song every day!

With so many venues being used for the showcases, it is a real juggling act to decide what to see and what not to see.  Of those I opted for, John Fullbright in the hallowed surroundings of St David’s Historic Sanctuary demonstrated why so many are eagerly anticipating his debut studio album release (FROM THE GROUND UP scheduled for May). Just in his early twenties he is an unassuming young man with a prodigious talent. Playing out to a religious theme he started off with God Above and also included Jericho and Satan and St Paul in his eight-song set. I have seen him during my five annual visits to the Woody Guthrie Folk Festival where he debuted at age 16 and saw him on three separate occasions here in Austin. He is one to watch – what is noticeably a testament to the quality of his work is the number of respected musicians who listen attentively whenever he performs.

Another young talent, Anais Mitchell, was showcasing here. Her new album YOUNG MAN IN AMERICA is blazing a trail and here she performed with a three-piece band. Aside from her HADESTOWN shows it was the first time I’d seen her with a band and it took her music to another level. The fact that she has already sold out her forthcoming London show (a second date has been added due to demand) supports my view that something special is happening here. All eight songs were from the new album. She was accompanied by Ben Davis on percussion, Noah Hahn on bass and Rachel Ries on keyboards.

Chris Smither performing at the Signature Sounds showcase had to contend with much background noise as many in this venue, the lounge room of a bar, must have thought that they were in the bar given how much loud chatter took place. He wasn’t at all fazed and picked away at his guitar strings like the professional he is. Those who had come to listen really showed their appreciation as he worked though a varied mix of old and new material. One of the nice things (and there are many) about the festival is the opportunity to hear new material. I spoke with one musician who said that this is what excites him most about SXSW and I am sure that that sentiment echoes what other musicians also think.

Larkin Poe, sisters Rebecca and Megan Lovell were joined by two other band members for their showcase.  The siblings are very confident performers for ones so young and they really ‘rocked out’ this venue. Their playing, particularly Megan’s on lapsteel/dobro is very accomplished and Rebecca’s vocals conjured up a melange of styles – soul, county and bluegrass to great effect tonight. They shared a stage with amongst others, Elvis Costello at 2005’s MerleFest since which time they have opened for him on tour; in tribute they played a rousing version of Costello’s Blame It On Cain.

The Red House Records showcase featured new signing Andra Suchy as well as more established artists – Danny Schmidt, Eliza Gilkyson, Carrie Elkin and rounding off the night, The Pines. Schmidt opened the showcase and was another whose focus was on new material. Five new songs in an eight song set list featured a love song to his partner and tonight’s vocal accompanist, Carrie Elkin. Schmidt’s writing has been favourably compared to that of Dylan and Cohen. He is a true wordsmith and the new material is very strong.  Suchy played a relatively short set at six songs, accompanied by her husband on guitar and took the family theme a step further by covering Georgianna written by her father Chuck Suchy. Eliza Gilkyson, such a highly respected musician, played a 10-song set, including one written by brother Tony, Death in Arkansas. Carrie Elkin, she of petite frame but with a voice that can fill an arena was joined by her ‘folk family’ for a set of six songs including Jessie Likes Birds which on CALL IT MY GARDEN featured many musician friends who were well represented here. Closing out proceedings were the Pines whose atmospheric, blues tinged music was a perfect way to end the night.

What did I miss? Plenty! The Austin Music Awards where the band Quiet Company were recipients of no less than 10 awards; where ‘a guitar player from New Jersey’ Bruce Springsteen made a surprise appearance joining Alejandro Escovedo for his last four songs at the Awards ceremony.  The free shows at Auditorium Shores headlined by The Shins (Thursday) Counting Crows (Friday) and The Cult (Saturday). Official Day Parties galore. 179 panel sessions. The list just goes on – you need a small army of reviewers to cover it all.

SXSW delivers each year, on time and pretty much on schedule; it is without doubt the premier event for the music industry, in all its guises. What started off as an independent festival as a forum for local bands to showcase their music has grown into a behemoth and one wonders how long it might be before it outgrows its Austin home.

My review of the SXSW Music Festival appears in the latest issue of Maverick which goes on sale 5th April. www.maverick-country.com 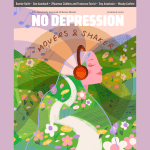