Thursday morning and I posted a new status on my Facebook page:

Amongst the replies were comments such as ‘how lucky are you!’ ‘lucky, lucky’ and ‘what fun, enjoy!’

Perhaps I should take a moment to clarify the ‘two Sam Baker shows today’ comment – well the first was an afternoon in-store at Union Music in Lewes and the second was a full evening show at the Basement in Brighton.

For the first, I kind of bunked off work, and you can bet your bottom dollar that I had no compunction about doing so!  Accompanied by Chip Dolan on accordion (or as someone had called it ‘that squeezy boxy thingy’) and Carrie Elkin on vocals, Sam Baker opened with a Woody Guthrie song Goin’ Down the Road Feeling Bad, followed with a new song, White Heat, then Pretty World after which he noticed a toddler in the audience and he and Elkin peeped around the CD displays at the youngster to whom they sang Incy Wincy Spider before finishing with Orphan. What fun indeed!

Brighton is a vibrant city and there is always lots going on – it’s not at all unusual to have the choice of in excess of a hundred different shows in any one month but Baker has become a firm favourite and attracted a good sized crowd for the evening show. Once again playing as a trio except that this time Dolan as well as playing the accordion turned his talents to keyboards and guitar; Elkin, whilst mainly singing harmonies, donned her guitar for some songs.

The evening started off by Baker introducing Elkin to the audience and she opened the first set with a new song of her own whose title may be I’m Lonely Now, which was tender, moving and absolutely captivating. It showed off her sensitivity when writing a lyric and showcased her beautifully haunting voice.

Baker’s choice of songs, and it was his choice because although a set list had been written he didn’t stick to it, saw him play five as yet unrecorded songs but with a new album scheduled for early 2013 I’m sure that will be remedied. White Heat whose inspiration is the James Cagney film of the same name; one about a woman who even in her twilight years finds that her mother can make her cry, recalling how she told her that she ‘can’t ever take your dead brother’s place;’ Tattoo a love song about a tattooed lady who shares Baker’s bed; Isn’t Love Grand about a ‘beautiful woman who walks with a limp’ and enjoys a happy marriage with a husband who calls her ‘his gimp’ and All Fall Down ‘button by button, all her clothes fall down’ which was played as a burlesque tune although it seems that Baker has two different arrangements for it and is still deciding which to use.

During the interval break Baker circulated amongst the audience, chatting, hugging and kissing his fans as well as garnering a slew of requests for the second (longer) set. He joked that they’d get to some of them but not all of them because he’d likely mess up some, Thursday for instance! The surprise in the second set was the appearance of tour manager Rebecca Kemp on stage who accompanied Baker on Iron – she sang the role of the co-dependent wife to perfection!

Whilst the evening had been full of laughter with Elkin holding her own as Baker went off at tangents between songs and ribbed her from time to time, the atmosphere changed in an instant when he talked about the bombing he was caught up in in South America in 1986. His struggle to deal with the horrific event and subsequent recovery very much informs his writing and the undoubted highlight of the show was a three song segue which started with Elkin’s Dear Sam written in response to his personal struggle, Broken Fingers haunted by the memory of the young German boy who was killed in the bombing and Snow in which Baker recognises that the ability to forgive is crucial to being able to move on. This three song segment drew the loudest applause of the night and not only applause but also cheering and whistling!

Go In Peace a co-write with Lizzie Rose was the shortest of encore songs bidding everyone ‘safely to arrive at home’ before finishing with audience participation for Truale.

Baker is a one-off. In his own inimitable manner he has the ability to turn laughter into tears within the briefest of moments. He uses silence as such a powerful tool in his writing. He connects with his audience to such an extent that each individual feels that he is singing just to them. He’s been through so much that most of us can only marvel at how he’s faced down his demons and come through to make us all so grateful that we can enjoy his company from time to time. Yes my friends were right – lucky, lucky me! Jela Webb 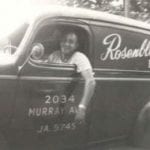 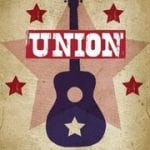