It’s been a while, over a year, since I last posted any thoughts on this blog. Maybe I haven’t had any good or inspiring thoughts, maybe not.

I still have my weekly radio show on Pulse Community Radio (pulseonair.co.uk and 98.4FM) and I am discovering new, and new to me, traditional and acoustic music all the time. 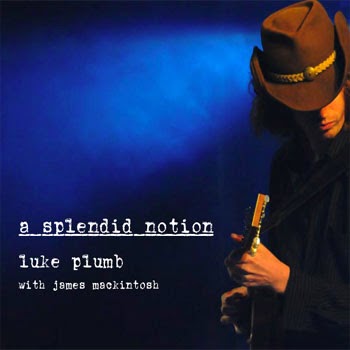 The last Celtic Connections festival brought a chance to see the Stray Birds, who were very good, and a new band from Australia, the Mae Trio who were excellent.
I also caught Luke Plumb and James MacIntosh from Shooglenifty playing tunes from their CD A Splendid Notion; the world’s only solo mandolin and percussion album, maybe? 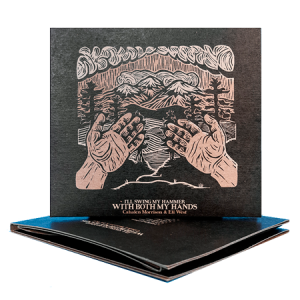 Anyway there has been good music in 2013 and good prospects for 2014 (the new Cahalen Morrison and Eli West CD, I’ll swing my hammer with both my hands, is a doozy).

My favourite recent purchase is the wee box set shown above, Ry Cooder 1970-1987. The box set is just a box with the CDs in their original covers, text shrunk into virtual invisibility.  No extras, no big gushy accompanying book, just the music.  It’s a great set.

I have to admit I have all the music in the original, long playing, vinyl versions tucked away in a cupboard, the spines cracked and torn by a cat we used to put up (accommodate, tolerate, adore) but in reality I listen to the Cooder music I have on my iPod or on CDs, the much later stuff, the soundtrack compilation (Music by Ry Cooder), the Rhino Records anthology (The UFO has landed – good extras, terrible cover), River Rescue (the very best…) and the latest proper albums: Chavez Ravine, My name is Buddy, I Flathead, Pull up some dust and sit down and Election Special. I quite like the later albums, the narratives, the histories, the rant against the Republicans, the economy, overseas conflicts and terrorism. They are vital, energetic, outspoken, a bit naive maybe, to European ears but more realistic and critical than some of his fellow artists (e.g. Steve Earle?).

But the music in the box set is crucial and essential and the original albums contain wee gems not found in the compilations.  The eleven albums are examples of great musicianship, raw and cultured musical settings and an examination and celebration of early american music. The collection defines americana, the inter-weaving of contrary musical threads, the gathering of folk, soul, R&B, jazz, tex-mex, hawaiian and more exotic influences into the mix.

The Gems (one from each album)

Ry Cooder – Dark is the night
The template for Cooder’s soundtrack style. Solo guitar playing at its best.

Into the Purple Valley – Denomination Blues
Wacky arrangement, weird singing but a brilliant, joyful sound, all about who is going to heaven when they die.

Boomer’s Story- Comin’ in on a wing and a prayer
Beautiful guitar arrangement to begin with, dynamic jazzy setting and a celebration of triumph over death.
(Complaint – the information sheet from inside the original album is omitted, there’s no info on the cover)

Paradise and Lunch – I’m a fool for a cigarette / Feeling good
“When you’ve finished, choke it, ’cause I want to smoke it”.  Not PC now but a great combination of songs; the guitar and mandolin playing is immaculate.  (But why is the track order on the sleeve different from the album?) 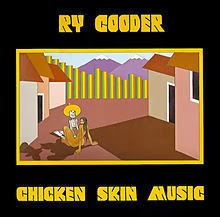 Chicken Skin Music – The Bourgeois Blues
Rowdy music, turn it up loud! Great for cake-walking round the living room, the start of each verse just gets better as the song proceeds. But a grim tale of racism and segregation. The album cover art is terrible – skeleton sex?

Show time – School is out
The only studio track from a live album.  This is a juvenile song, holiday time from school. Although a tex-mex sound it is maybe the start of the smoother R&B sound that will dominate Cooder’s live sound and later albums in the box set?

Jazz – Face to face that I shall meet him
A Joseph Spence tune, this had me running to hear the original. Spence’s music is much more chaotic and disorganised than this elaborate, almost churchy arrangement. Brilliant horns, guitar and cymbalum. More about Joseph Spence.

Bop till you drop – Go home, girl
The pop album. This track is a nice story song, about a girl and her boyfriend’s best friend, a relationship that cannot be allowed to continue: he says “Girl you can’t go out with me anymore, that’s the way it has to be from now on”.

Borderline – Border Line
I love this album, all the way through. Quite poppy, high production, great songs and some new sounds for Cooder. Borderline is just sublime, a great instrumental, you can almost feel the heat from the sand, half texan shuffle, half mexican polka .

The Slide Area – Blue Suede Shoes
In truth, the Slide Area isn’t my favourite Cooder album, it’s all a bit synthetic and formula-istic for me. This track has the energy, manic singing and playing and adds to the original (IMVHO).

Get Rhythm – Across the Borderline
This is perfection. Written by Cooder, John Hiatt and Jim Dickinson it also featured on the soundtrack of the 1982 film The Border, starring Jack Nicholson and Harvey Keitel. Superb playing (the guitar solo is ace), brilliant singing by Ry Cooder and Harry Dean Stanton.