Roland Stone Speaks: The Selfie Is The New Reach-Around

Nar on two weeks have ebbed since the last of 2000+ bands pulled out of Austin with a cache of dirty clothes and a sad mix of maxed-out credit cards.  The side street smell of piss and vomit is now back to tolerable levels.  Chambermaids in the best and worst of hotels have found the last of the ‘little surprises’ hidden beneath beds and at the back of chest-of-drawers.   And erstwhile Austinites, intent upon answering the prophetic call to live in the Live Music Capital of the World, are at liberty once again to at least attempt a passage on I-35.

In this comparatively vacuumed urban stratum, the verdict might still be out on who the promising new talent really is in 2014.  But what is undisputed—by everyone from keynote speaker, Austin Kleon, to Saxon Pub bartender, Chloe—is that the rising tide of social media will not float any boat unless everybody  on board is willing to post daily on FaceBook about what they ate for breakfast.

Yes, “engage thy fan,” seemed to be the moronic mantra of this year’s scrum.  Which is a far cry from what Bruce Springsteen said way back in…..2013, which was, and I am only partially paraphrasing here:  “quit being a pussy, quit dancing to somebody else’s drum machine, create your own equation.”

Austin Kleon is a nerd geek wanker parasite who wouldn’t know a washboard from a wa wa pedal.   He scabs a living, apparently, getting unrequited artists to buy in to his suck-up-to-the-publick philosophy.   He should spend a weekend cleaning the bathrooms at Tootsies in Nashville to get a real grip on music fans, with whom he feels his clients should be swapping internet spit.    (Chloe, from Saxon Pub, gets a pass here, because her day job is massage therapy.  And, yea, she wears a mean bottle opener in the tight hip pocket of her short-short jeans.)

I don’t know what has happened to the public, but I’m ready to hand in my membership card if it has become incumbent upon me to ask dudes who have been playing Les Pauls since they were fourteen to post selfies of themselves from every truckstop in America in order for me to dig their guitar solos.

Willie Nelson signing autographs at the stage door till the wee hours is something else all together.  That’s payback.  What Kleon, and every other wizbang publicity and promotion slut who has ever stapled a gig poster to a light pole proposes these days…is paying it forward.   But in a disingenuous quid pro quo way that cheapens the artist and subverts his lifestyle by making it a politically based enterprise rather than the creatively based gambit required for it to even BE art.   In any case, Willie don’t do selfies.

Decades ago, Dave Hickey wrote that bad graphics topple good governments and occlude good ideas.  And that good graphics sustain bad ideas and worse governments.  Who knows where the hell Dave Hickey is today, but you’re not going to find that sumbitch out blogging or posting or tweeting.   That’s for sure.   But if he were to dare stick his head up again, into the very miasma of mediocrity he saw coming down the pike in the 80s, what he would say, I am certain, is that the ‘lame internet post’  is essentially the new “bad graphic”  that presently occludes whatever possible good might remain in our caterwauling  new century.

Suffice it to say that the better promotion wonks like Austin Kleon are at doing their job—getting the ostensible artist reaching out, rather than in—the more shittier the music we have lying in store for us. 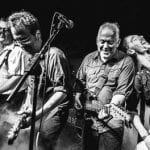 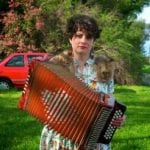