Rodney Crowell Proves That You Can Go Home Again

It is always an event when Rodney Crowell returns to his hometown of Houston, Texas. While his songwriting and performances have taken him at times to the top of the music world, he has never forgotten where he came from.

Over the years, Rodney has written many songs with references to his childhood stomping grounds of East Houston. “Telephone Road”, “Wandering Boy”, “Rock of My Soul”, “Ain’t Living Long Like This” and “Highway 17” are standouts.

Tonight, Rodney is completing a trio of sold-out performances here as part of his Chinaberry Sidewalks Tour – his memoir released a couple of weeks ago is titled “Chinaberry Sidewalks”. His act is a one-man show with mostly songs but also a few spoken passages from his book. I caught the show last night and found it thoroughly entertaining. His set consisted of about 16 songs which spanned his entire career, including a couple of new ones.

Not having had enough, I skipped out of work early today to catch Rodney’s afternoon  in-store at Cactus Records. Still thinking about his amazing display of self-penned songs from the night before, I was pleasantly surprised to see him start his set with some of his favorite songs by writers with Houston ties – Sam “Lightnin'” Hopkins, Townes Van Zandt, Guy Clark, Willie Nelson and Mickey Newbury provided the material for the first five songs. He then asked the nice sized weekday crowd “Are y’all OK with this, me doing some of my favorite songs?”. Our response was in the affirmative.

At 60 years old, Rodney Crowell has built a career that takes a back seat to very few in terms of quality and quantity of finely crafted songs. I don’t think he’s anywhere near through yet either.

One Writer’s Favorite 2013 Concerts in Madison, Milwaukee and Chicago 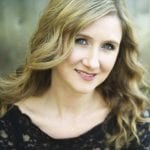 Getting to Know Amy Black