“No one remembers your name / just for working hard,” sings Rod Picott in his gritty, husky vocal as he tells the story of how manufacturing industries packed up factories in the US and moved jobs to low-wage economies such as Mexico and China. That created huge swathes of chronic urban unemployment and disenfranchised many blue-collar workers. Such outsourcing, in particular the effect it has on individuals, is a common thread that runs through Picott’s work. He speaks for the downtrodden, the unemployed, those struggling to make ends meet, but that is not to say the songs are despairing. on the contrary, they often offer a glimmer of optimism and you find yourself hoping his true-to-life characters will, ultimately, find a happier path to tread.

Listen to his latest album Hang Your Hopes on a Crooked Nail and you’ll see exactly what I mean. Picott struggled for years to make a living from his music and only gave up full-time construction work in his mid-30s. He’s lived the life he sings about and his stories are all the more poignant for that. He draws upon personal relationships, love, and heartbreak – he writes about what he knows and there is a stark truthfulness to his writing. “I Might Be Broken Now” was co-written with his ex Amanda Shires – they wrote the song as they were breaking up – it doesn’t get more personal than that.

Picott refers to his tour as “The Circus of Misery and Heartbreak”, and self-deprecatingly tells us, early on, that tonight’s set list is full of “bummers” and just one happy song. His humour and story-telling between songs always lightens the mood and tonight was no exception. He is able to find comedy in the bleakest of situations. His “one happy song”, the gorgeous “Angels and Acrobats” is prefaced by a tale of how he gets invited to sing at weddings. As this is the only happy song in his repertoire, he sings it and is done. When asked by a fan to write at least one more happy song, he says that he’s given it some thought but doesn’t want to double his workload!

Throughout the performance, there wasn’t a single “bummer” – just songs delivered with a warmth and passion for telling it like it is. He felt comfortable enough in front of tonight’s audience to debut a newly written song, about unrequited love. The audience’s enthusiastic applause was graciously received.

Towards the end of the evening, as Picott started to sing “I Coulda Been the King”, one fan had to leave to catch his last train home – the intimate venue is configured so that you have to pass by the small stage to exit. He turned to the audience and asked if it was alright to take a photograph of Picott for his wife, who was really peeved at having to miss the show, as she was at home breastfeeding their newborn. Yes, that’s the kind of thing that could only happen at a Rod Picott show. We all collapsed in heaps of laughter.

Although many of us were conscious that we would have to run to catch our last train home, we didn’t leave before the end and Picott didn’t need much persuading to play an encore. He joked that there had been many times when people had wanted to hear one less song. He chose “Tiger Tom Dixon’s Blues” upon which to end the night.

Picott’s a terrific writer with a great sense of humour. So, remember the name Rod Picott, and if his “Circus of Misery and Heartbreak” travels to your part of the world, do not miss it! 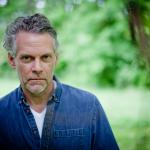 The Rattling in My Chest: An Essay by Rod Picott 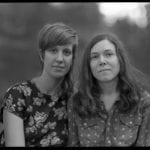 Crowdfunding Campaigns of the Week: Anna & Elizabeth and Rod Picott