Johnny Cash was a musical legend who made an impact on rock and roll as well as country music joining just a handful of artists that have been enshrined in both hallowed halls.   The Rock and Roll Hall Of Fame and Museum along with Case Western Reserve University (CWRU) will be honoring the man in black for their 21st Annual Music Masters Series from October 17th to 22nd presented by Klipsch Audio.

Each year, the Music Masters series explores the legacy of a pioneering figure who has been inducted into the hall of fame.  “Throughout his career Cash transcended genre boundaries and embraced rock and roll, rockabilly, blues, folk, and gospel,” said Jason Hanley, Vice President of Education and Visitor Engagement for the museum. “What’s so amazing about Cash is that almost every musician you ask will tell you that they love his music from the rockabilly and country of his Sun Records recordings, his outlaw image, his enduring love for June Carter Cash, to his later American Recordings music that saw him putting his own unique fingerprints on some of rocks newest sounds.” 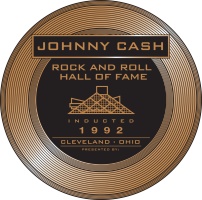 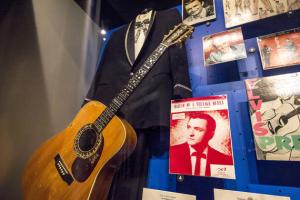 If you can’t make it to Cleveland, then mark your datebook for An Evening with Rosanne Cash that will stream from the museum on October 19 at 7:30 p.m.  Expect a moving and heartfelt 90 minute exclusive interview interspersed with a few songs in this already SOLD OUT event.

Saturday, the museum will be celebrating “Johnny Cash Day” with live music by local artists Diana Chittester and Shooter Sharp & The Shootouts, photographer Andy Earl discusses the images he shot for the American Recordings, and a panel discussion featuring archivist and historian Mark Stiepler, manager and concert promoter Lou Robin, and W.S. Holland. Throughout the day you can watch film footage of Johnny Cash in various performances, concerts, and television shows including Tennessee Prison in Behind Prison Walls from 1976 and his appearance on Austin City Limits. 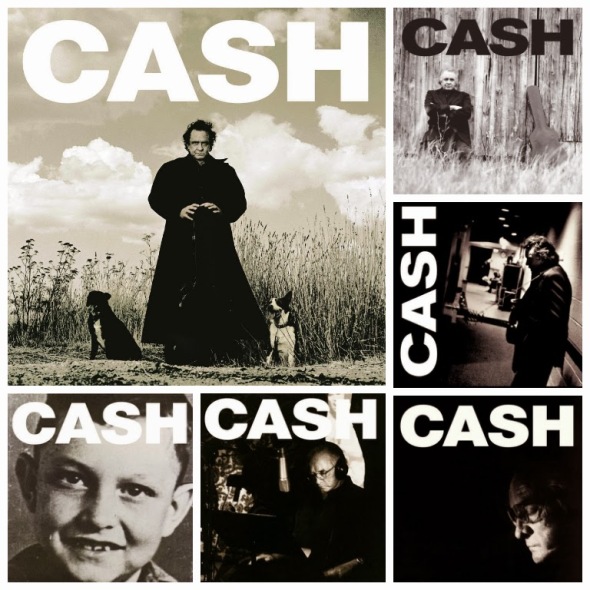 It might have only been two songs, but at least I can say I saw Johnny Cash perform at The Concert for the Rock and Roll Hall of Fame in 1995.  The very last rock show performed at Cleveland Municipal Stadium, Cash sang “Folsom Prison Blues” backed by his band, then teamed with John Mellencamp and The Memphis Horns on “Ring of Fire.” It was one of the highlights of an almost seven hour extravaganza and unfortunately reminds me how late to the party I was connecting to the outlaws of country music.  Other than growing up with his television show, country & western took a back seat to buying rock and roll records in Northeast Ohio.  It wasn’t until a few years later when I saw Willie Nelson and his famed band play an intimate concert at the Cleveland Agora rock club on Euclid avenue mainly as a bucket list show that I delved into a the pure country genera.  A few years later in 2001, I began street teaming for Lost Highway Records and was turned onto Cash and his American Recordings that spawned the rebirth of the iconic artist.  It became one of the mile markers leading me down the path of Americana roots and I’m forever grateful.