Review: Gallery – Nice to Be With You: All Time Greatest Performances (Fuel 2000)

Gallery – Nice to Be With You: All Time Greatest Performances (Fuel 2000)

Though they had three Billboard chart entries (including a cover of Mac Davis’ “I Believe in Music” and the original “Big City Miss Ruth Ann”), the fame of their first and biggest single, 1972’s “Nice to Be With You,” and the reductionist view of oldies radio has reduced this soft-rock band to a one-hit wonder. Formed in Detroit by singer/songwriter Jim Gold, the band recorded two albums for the Sussex label before splitting; Gold recorded a few more solo releases, and continues to write and make live appearances to this day. Though the original recording of the single appeared on a few well-sourced compilations, such as Rhino’s Have a Nice Day Vol. 8, it’s been released in re-recorded form on dozens of MP3 collections. The original albums were reissued on the grey market Nice to Be With You 2 on 1, but this appears to be the first fully licensed reissue.

Included here are all but one of the tracks from the group’s two albums, omitting a cover of Jay and the American’s “Sunday and Me” from their debut. Perhaps the reissue producers felt that Gold’s voice sounded enough like Neil Diamond (who wrote “Sunday and Me”) on “Nice to Be With You” to balance the omission, but with enough space on a CD to host both albums, the cover song’s absence is disappointing. Gallery’s soft-rock is tinged with both pop/rock and country sounds (most notable in Cal Freeman’s steel guitar on the hit), settling into the early ‘70s groove then inhabited by the Stampeders, America and Lobo. Surprisingly, the band was produced by Dennis Coffey, a Motown guitarist who’d hit for himself only a few months earlier with the hard funk instrumental “Scorpio.” It’s great to have these albums back in print; now where’s “Sunday and Me”? 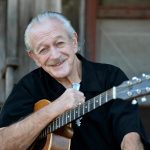 Charlie Musselwhite Goes Back to Guitar on Upcoming New Album 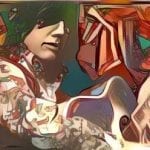 By Cosmic American Productions on March 21, 2018