Even though he’s often considered as a possible American answer to the impetuous British Invasion of the Beatles, Kinks, Stones, Yardbirds, Who, Dave Clark Five etc, and in spite of a group who mockingly called him “Sir”, well stating once again that such an unpenitent hippie like Doug Sahm had something to do with England would be like saying that Gordon Brown’s neckties are NOT a strong mix of bad taste and colours randomly chosen from a nonsensical modern art painting.

If Doug Sahm had something in common with the Brit Invasion’s prime-movers, that was indeed that they all tended to scramble tradition (paradoxically, tradition was much more important for Americans than for British who used to cross rock’n’roll and rhythm’n’blues with the skiffle Lonnie Donegan imported from overseas jug-bands).

Sham surely had an uncommon talent for unforgettable melodies and a supernatural ability in interbreeding rock, blues, jazz, tex-mex, soul, western-swing and cajun music. This said it would not be a Shame to say that Sham (x gianfry. Vez, mi piaceva la gag tra shame e sham, se non ti piace toglila) actually gave birth to the very first sprouts of what today is commonly known as “roots-rock”.

Anyways, the main feature of Doug Sahm’s Sir Douglas Quintet was not only the attitude to mix the various souls of American tradition, there is also an incomparable lazy, sly, pot-smokin’ approach in such hybridization. The very same alternative and progressive spirit led Sahm to leave his town of birth San Antonio TX (where he made his début at the age of 11, where he shared the stage with Hank Williams and where he learnt guitar, violin and mandolin) in 1966, to join the hippy movement in San Francisco.

Sir Douglas Quintet turned the tradition of the Bay Area upside down with just guitars, electric bass, drums, organ, trumpet and saxophone. The six albums they released on Mercury (or on its subsidiaries Smash and Philips) are collected today in a limited edition: an elegant box (in an unusual “strip-book” format) by the praiseworthy Hip-O Select.

Every album has been enhanced with a lot of unreleased tracks and b-sides. As bonus there’s one entire cd featuring the 11 singles in chronological order (22 tracks overall) issued in mono version between 1968 and 1972. Among the other gems, there is the 1970 Mexican EP with Spanish versions (or rather, “Spanglish” versions, i.e. a mix of Spanish, Mexican and English) of Mendocino, Nuevo Laredo, And It Didn’t Even Bring Me Down and What About Tomorrow along with six tracks taken from other Doug Sahm’s productions namely Texas Roy Head and Junior Parker (the last one was born in Clarksdale, Mississippi, though he had some success in Houston).

After such albums, Doug Sahm’s career would be wavering in spite of very good works like Doug Sahm & Band (’73), with David Bromberg on resophonic guitar, Flaco Jimenez on accordion, Dr John on piano and David Newman on sax; and he also had the chance to release one more interesting album – right before his death in November 1999 due to a heart attack – together with Texas Tornados, Jimenez, Augie Myers and Freddy Fender that is often considered as a tex-mex version of the Traveling Wilburys.

Though the most fresh and modern Sir Doug can be found right in the songs listed here, as well as the most convinced and inspired one; the songwriter who, along with Augie Meyers’s wild Farfisa and Tom Nay’s acid 6-string, dishes out the sublime marijuana-flavoured country of bitter-sweet ballads like And It Didn’t Even Bring Me Down and Sunday Sunny Mill Valley Groove Day, the roots-funky of Are Inlaws Really Outlaws?, the ramshackle blues of Sell A Song, the Spanish and psychedelic atmosphere of Mendocino, the rhythmic syncopation of She’s About A Mover, the country-pop of Yesterday Got In The Way, the folkie rag melancholy of Texas Me, the garage assault of Dynamite Woman or Lawd or passionate ballads like I’m Just A Country Boy In This Great Big Freaky City.

Up to masterpieces included in the album The Return Of Doug Saldaña, suggesting right from its front cover (showing an engrossed Doug Sahm in his front porch holding a half-empty Big Red bottle) the thoughtful, languid and shamelessly rootsy features that make it unique: listen to Stoned Faces Don’t Lie and Oh Lord, Please Let It Rain In Texas‘ folk and r’n’r anxieties and get prepared with your eyes wide open to join the “groovers’ paradise” this sublime artist longed for: an artist who told us goodbye too soon, because of that cheating and sorrowful life. 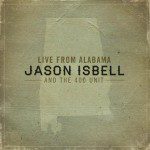 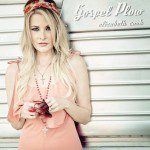