Relive The Days Of Wine and Roses

It was a dramatic and gripping Oscar-winning 1962 movie. It was a seminal indie rock record of the 1980s. It was an astonishing debut. The Dream Syndicate’s The Days Of Wine And Roses has long been considered the cornerstone album of L.A.’s early ’80s Paisley Underground scene, from which the band emerged.

The original lineup of Steve Wynn, Karl Precoda, Kendra Smith, and Dennis Duck took seminal ’60s rock — most obviously the Velvet Underground along with Buffalo Springfield and The Rolling Stones — and filtered it through the more modern sounds of The Fall and L.A. punk bands Flesh Eaters, The Gun Club, et al.  In fact, it was front man Chris D. who produced The Days Of Wine And Roses and got it released on Slash Records, one of the premier L.A. labels of the punk rock era.

Strangely, despite its seminal status, The Days Of Wine And Roses has been out of print for the better part of a decade or so.  On my second-to-last trip to the US, I was able to pick up a second-hand copy of the CD (having had only a cassette version before)  With the rebirth of the band as a live/touring unit over the past two years, Omnivore Recordings has remastered this gem, releasing it June 16, 2015.

Calling on the band’s long time archivist Pat Thomas (previously producer of reissues of four other titles from The Dream Syndicate), the previous “bonus tracks” from the 2001 Rhino CD have been replaced with a slew of never-before-heard songs and/or recordings that capture the first year of the classic lineup of Wynn/Precoda/Smith/Duck in all their low-fi glory. These are rehearsal tapes that capture a pair of songs that later turned up on Medicine Show.  Longtime fans have often wondered what it would have sounded like had Kendra Smith stayed in the band for its second full-length album.  Now the band’s followers will know: these versions don’t possess the ’70s FM rock sound that Medicine Show had. Instead, they sound like Television’s Marque Moon LP.  The four other bonus tracks included in this new version are four original, vintage Dream Syndicate songs that nobody outside the band has ever heard, including a nearly 10-minute Kraut-rock-inspired jam!

The booklet has been revamped as well with new notes that describe the source of the vintage recordings along with fresh testimonies from their peers—members of the Rain Parade, The Long Ryders, Green On Red, Divine Weeks, and Sonic Youth—as well as former Rhino VP of A&R Gary Stewart, and music journalists Chris Morris and Byron Coley.

This is a reissue that is essential for both long time fans who’ve already collected it all before—and the new kids on the block who will soon discover the soundtrack of ’80s college radio for the first time.

According to annotator Byron Coley: “The record still sounds fresh to me. They really captured the sound of a universe expanding. And that is no common thing.”

Steve Wynn has this to say about this re-issue:

It’s a standard rock interview (or rock fan) question. “What’s the album that changed your life?” To which you’re supposed to respond with your favorite title by the Velvets, Neil Young or the Monkees. But, for me, there’s only one obvious answer. The record that changed my life was “The Days of Wine and Roses” by the Dream Syndicate.

I was 22 years old in September of 1982 when Kendra, Karl, Dennis and I went into Quad Tech studios in Hollywood. We were given 3 consecutive nights—all booked for midnight to 8am—to make our debut album. We tracked all 9 songs the first night, did vocals and minimal overdubs on the second and then mixed it on the third. After it was done I drove my Honda Civic across town to Westwood to begin my 10am shift as a clerk at the Rhino Records store. I played the cassette of the session mixes on the store PA and felt pretty sure the band and I had done something very special.

The record came out 6 weeks later. The critical response was immediate, universally positive and voluminous. A few months later I dropped out of college, quit my job and set out for my first US tour with the band. I had a new gig, the one I still have to this day. So, did The Days of Wine and Roses change my life? You bet it did.

I tell this story because Omnivore Records will reissue The Days of Wine and Roses on June 16. They’ve done a great job—beautiful packaging, stellar remastering and some pretty wild bonus tracks I didn’t even know existed. Turns out that Dennis Duck had a cassette of a rehearsal from early 1983 in which the band tried out some new tunes—two of which ended up on Medicine Show and the rest long forgotten. How had I forgotten about this? The songs are wonderful, show where that original lineup might have gone and sound great for a boombox recording. They’re an exciting addition to the collection.

33 years later (is it really that long? Seems like yesterday!) the record holds up, still feels fresh and oddly contemporary (those bonus tracks remind me of the Parquet Courts, one of my favorite new bands of the last few years) and still makes new fans with every year. I’m proud of the records I’ve made since—some of which, to be honest, I like even more—but nothing I ever do again will quite shift my world in the same way that those graveyard shift sessions did back in ’82. Rediscover and enjoy. 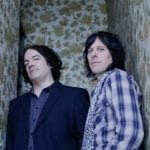 Crowdfunding Campaigns of the Week: Kim Richey and The Posies 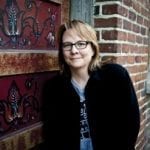 Exploring Across Genres with Cheryl Pawelski of Omnivore Recordings