We stumbled across the Red Dirt Skinners purely by accident.

Considering the awards they’re winning over in the UK, I can only guess their publicity machine is nowhere near as powerful as their vocal harmonies. Someone needs to pick this outstanding duo up and run with them. I can see big things ahead for them (and any PR guy wise enough to see their huge potential).

Audiences describe them as “refreshingly different” apparently. How many bands have been called that though, and been just another guy and a guitar cranking out a slow blues that sounds just like everything else? The Skinners, however… they really deserve the accolade.

Male and female vocal harmonies that come together as just one voice, some superb guitar work, and the clincher for me is the Soprano Saxophone. Yes, you read that right! It’s an odd choice, but Sarah is an exceptional musician and having been nominated three times at the British Blues Awards as Instrumentalist of the Year (and coming a very close second in 2013), the sax weaves it’s way through most of their tunes and it just works. I mean, it REALLY works. Why hasn’t it been done before?! These guys break every rule in the book. Their music is fresh and original and the songwriting is astounding. For example, they think nothing of using a rock inspired drumbeat, with a funky slap bass line and a bluegrass banjo, and on top of that, they’ll throw in those sublime harmonies and some scorching jazzy sax and you have yourself a hit. Seriously.. it just works!

Three albums to date; Grass Roots, Home Sweet Home and Sinking The Mary Rose, the Red Dirt Skinners tour schedule reads like a Geography lesson! Extensive tours of England and Scotland led to them being invited to play in Belgium and the Netherlands. Now, I see from their tour dates that they are branching into Germany, Poland, Canada and Australia. They deserve to be playing in America. The people of  Oklahoma would go nuts for their almost acapella song, Stillwater, and I can imagine them being the Next Big Thing…assuming, of course, that people actually stop and listen.

The Red Dirt Skinners display a total disregard for genre boundaries and musical rules. That is what makes them so special. They have an instantly recognisable sound which is all their own and which is utterly magical.

I hear their live show is even better. I can’t wait to see them when they come to Canada in 2015. Go seek them out. If you’re tired of the dreaded slow 12 bar blues, or predictable country songs about trucks, these guys are absolutely what you’ve been waiting for. 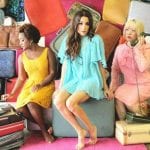 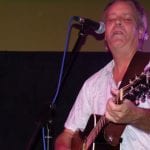