The Ark in Ann Arbor
It’s been a while since I took in a concert, and I when I heard that Eilen Jewell was going to be playing the Ark in Ann Arbor I really had no excuse to go. Eilen has been on my musical radar for a while, I wrote about her previously on this blog (see the link at the bottom) and have been wanting to see her live.

Musically she identifies as a folkie, at least on stage, but she also dabbles in country and Rock and Roll, most of her material is originals, but she is not afraid to record and play covers live. She said near the start of the show that the plan was to release a new record each year, and a records of originals every other year…. Which of course leaves me wondering what her next cover project is going to be. It might just be wishful thinking on my part, but I hope she gives us an album of 80’s Paisley Underground/ Cowpunk covers, anyway.

The show started at the reasonable hour of 8PM and ended just before 10 PM, which was perfect for me as I was coming off a 9-hour workday. I wish that more shows would have earlier start and finishing times for us old people who work weekends. The Ark is a very nice and stylish room, and I would love to see more shows there, only it’s very Baby Boomer / Post-Yuppie (just like most of the rest of the Townie side of Ann Arbor), and I can only take so much of that…. But more to the point, I don’t see a lot of acts playing there that interest me… let me head off a rant and just say that I am waiting for Kevn Kinney, Stan Ridgeway and Kepi Ghoulie get a chance to play there.

Ok, OK, Eilen Jewell was charming, soft spoken and accessible. She had an easy rapport with the audience keeping control of the stage, but also engaging with the audience. Her voice was clear, twangy, and strong with just the right hints of vulnerability. She spoke about her preference for spooky minor key songs, and dressing in black. Her songs have the sad dark edge and mournful melancholy of Goth rock, but she was surprisingly up beat and chipper on stage where she was clearly having fun.

I suspect that her band could easily double as a surf and Rockabilly band in a pinch. They were solid and perfect accompaniment, never over taking her control of the stage, but also standing strongly on their own and not disappearing into the shadows. They interacted with each other and the audience with an easy give and take that speaks to a musical unit that has a core respect and trust for each other.

Eilen played a selection of new and old tunes, some from her first album and some from her forthcoming record, along with a selection of covers from her albums. There were a couple of tunes from her Loretta Lynn Tribute, Eric Andersen’s ‘Dusty Box Car Wall’, Them’s ‘I’m Gonna Dress In Black” and of course Johnny Kidd & The Pirates classic ‘Shakin’ All Over’. I am going to have to track down copies of the Andersen and Them tracks along with their other work. I know Them, and once upon a time owned a best of LP, which I fear, was sold off in the purge of 2002. The selection of songs and the interaction with the audience carried the show along and left me feeling like it was an evening well spent.

I can’t sign off with out wondering what covers she has planned in the future and throwing a couple of songs that I would love to hear Eilen take a crack at. I have a whole list of tunes that I thought of while watching and shortly after the show, but here are my top ten:

1. Time Forgot You by Legal Weapon
2. Shadowdrive by The Jet Black Berries
3. You Wild Colorado by Johnny Cash
4. Sound of the Rain by Rank’n’File
5. Night of the Long Grass by The Troggs
6. Dark White by Bonniewell Music Machine
7. Poison Love by Blood on the Saddle
8. Johnny Remember Me by Johnny Layton
9. Sixteen Way by Green on Red
10. Through the Wire by The Leningrad Cowboys 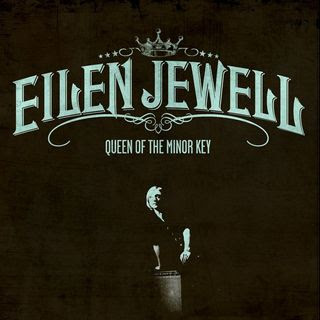 Her album Queen of the Minor Key is slated for a 28 June 2011 release, I plan to pick up a copy,
and you should check it out.
0
Shares