BOSTON, Mass. — There are such things as the cosmic blues. Janis Joplin once recorded a song by that name — she spelled it kosmik. But Chris Smither lives them.

Smither’s cosmic blues are on full display in Hundred Dollar Valentine,a brilliant amalgam made of equal parts past, present and future. It is music that traces its roots back deep into tradition, anchors its rhythms and textures in today, and reaches forward into the future, asking the Big Questions — why am I here? Is there purpose to all of this or is it just a spinning cascade of random moments?

And he does it all with six strings, an insistent, understated groove and a sly wink — letting you know that we may all enter and leave this world alone, but that don’t mean we can’t have a good time while we’re here.

From his early days as the hot New Orleans transplant in the Boston folk scene, through his wilderness years, to his reemergence in the 1990s as one of America’s most distinctive acoustic performers, Chris Smither has always been his own man. He has zigged when others have zagged, eschewing sophisticated studio tricks and staying true to his musical vision, surrounding himself with sympathetic musicians ranging from Bonnie Raitt and the late Stephen Bruton to the next-generation kindred spirits with whom he works today.

It’s easy to see that Smither’s primary touchstone is acoustic blues, once describing his guitar style as “one third Lightnin’ Hopkins, one-third Mississippi John Hurt and one-third me.” While “blues” can evoke images of beer-sodden bar bands cranking out three sets a night wondering why one’s baby left them, Smither reaches back to the primordial longing and infinite loneliness held within the form.

Sure, the album kicks off with the deceptively jaunty title track, whose good-time, ricky-tick shuffle masks the singer’s walking the creaky floorboards of doubt. But the cosmic blues come to the fore on the next cut: “On the Edge” is part conversation, part confessional and part affirmation. This is when you start to realize what extraordinary artistry — what seamless meshing of sound, subject and delivery — is going on here.

Producer David “Goody” Goodrich (credits: Peter Mulvey, Jeffrey Foucault, Rose Polenzani, The Amity Front), a true musician’s musician, is a natural partner for Smither. “He knows me and my music so well that I trust his ideas implicitly and he keeps coming back with new ones,” says Smither. “This is my fifth project with Goody and each time he raises the bar.”

The recording sessions came together during early 2012 at Signature Studios in Pomfret, Connecticut. Stopping by were the nexus of two of Boston’s most distinctive and influential acts of the recent era — Treat Her Right’s (later Morphine) drummer Billy Conway and Jimmy Fitting on harmonica, and Goodrich’s ex-Groovasaurus bandmates Anita Suhanin (vocals) and violinist Ian Kennedy (Page/Plant, Lemonheads, Juliana Hatfield, Peter Wolf, Susan Tedeschi).

“I’ve either worked with or been around all the musicians on this record over the years so it was a very comfortable and personable situation,” says Smither.  “All these folks are the best at what they do. It makes my job easy.”

While this is Smither’s twelfth studio album, this is his first-ever outing comprised entirely of self-penned songs. He’s always favored the cream of songwriters, such as Dylan, Mark Knopfler and Chuck Berry, mixed with classics from the blues canon, but this time, the credits read all-Smither. “Actually,” he laughs, “there aretwo covers on the record; but it’s me covering myself.”

“My producer and manager made the argument — a strong one — that songs from my earlier catalog were written by a young man. I’m not a young man any longer but they thought it would be interesting to interpret work from my youth from the perspective of having been on the planet as long as I’ve been now.”

While it is no surprise that several of his songs have become virtual standards, it is ironic that the assuredly masculine Smither has found favor almost exclusively with female singers: “Love You (Me) Like a Man” has been recorded countless times, with the best known versions by Bonnie Raitt and Diana Krall, “Slow Surprise” by Emmylou Harris and “I Feel the Same” by Raitt, Candi Staton and Esther Phillips among others.

“We chose ‘I Feel the Same’ because of its conciseness. I’ve been told it’s a good example of less is more,” says Smither. Indeed, in three spare verses, “I Feel the Same” is one of the most hauntingly evocative modern blues ever written. “All that nothin’ causes all that pain,”marvels the singer, as he surveys the desolate landscape of heartbreak before him.

“I speak to you. I think you’ll understand/You know you’ve made your son Joseph a dangerous man/He’s gone to town, he’s bought himself a gun . . .”“It’s a song I wish would become irrelevant,” says Smither, “But I don’t think it ever will. 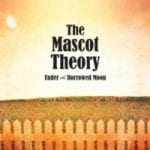 The Mascot Theory – Under the Borrowed Moon 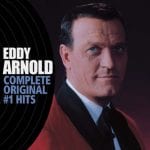