Matthew Sweet’s long career has produced some of the best power pop songs of the last 25 years, and he has a huge catalog from which to draw.  His last studio album, Modern Art, was released in 2011.  More recently, he has raised money via Kickstarter for a new album that is still in the works.  So without a specific project to promote, he was free to choose from that extensive stock of songs.

This night, Sweet was backed by a stellar band that includes long-time drummer Ric Menck, Menck’s Velvet Crush sidekick Paul Chastain on bass, and Dennis Taylor on guitar.  Taylor had the unenviable task of recreating the guitar work of the legendary Richard Lloyd and Robert Quine — a task which he handled admirably.

Sweet fired the first shot of the evening, launching into “Time Capsule” from his 1993 album Altered Beast — perhaps the hardest rocking album of his career.  He followed that with “Byrdgirl” from his 2008 album, Sunshine Lies.

Addressing the fact that he had not played a “normal” show in Nashville for some time, Sweet thanked the City Winery for providing venues for veteran artists like himself, and he jokingly asked the enthusiastic audience whether the city was like the television show, “Nashville” — admitting to be a fan and tossing out character names to prove the point.

Three songs from Girlfriend, Sweet’s most successful and best-known album followed. They were the first three of several tracks from that album. Sweet explained that he had missed Nashville on his many recent tour dates, playing that album in its entirety, and wanted to make it up.

After playing, “She Walks the Night” from Modern Art, Sweet returned to Altered Beast with “Someone to Pull the Trigger” which drew a huge reaction from the crowd. “We’re the Same” from 1995’s 100% Fun — arguably his best album — was equally well-received.

After playing several more songs from Girlfriend, the band closed the set proper with the title track from that album.

Returning to the stage, Sweet included “Sick of Myself” from 100% Fun during the first encore, which concluded with four false endings and a final feedback loop from Sweet’s guitar.  Before “Girlfriend,” Sweet had told the audience that his volume control was stuck on full.

The band then left the stage, but it was clear that no one was leaving.  After several minutes of standing ovation, Sweet and band returned to the stage.  He seemed genuinely surprised and the night ended with “Don’t Go” from Girlfriend.

It was a highly entertaining and satisfying night of music, and proved without doubt that Sweet is still one of the kings of Power Pop, and that Power Pop still has a place in crowded musical landscape. 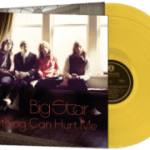