Pieta Brown, Bo Ramsey and this thing about a four-letter state of mind called Iowa thats been on my mind lately

Three hundred and sixty four days after they took down the planes, I was back home in California from serving six years in Minnesota. (Not to make it sound like I was away in prison because it was a career decision, but it’s really cold up there and lots of men wear khaki pants while eating fried things on a stick. ) Standing in the world’s largest record store on Sunset Boulevard and flipping through new releases down toward the end of the section they call “folk music” (which is ridiculous really, because like… isn’t it all?). On the far western edge of that store, I noticed a small stack of discs called Going Driftless: An Artists Tribute to Greg Brown. I recognized a half-dozen of the names on the front, looked at the pictures of all the Americana/root’s women artists on the back, wondered who the hell Greg Brown was and decided to throw it in the basket because I had a good deal of store credit from trading in some old stuff and there was nothing to lose and everything to gain. Turns out to be one of my better decisions.

Iowa…drove down there one autumn day in the mid-nineties from the Cities and as soon as we were over the state line we turned around so we could at least say we were there once. Think we stayed long enough to check out the outlet mall and a giant hunting and fishing emporium the size of Rhode Island. Had I bothered to poke around a bit more and bury my bi-coastal bias, I just might have discovered fifteen years ago what I know now…that the roots music scene there is fierce. From what I gather, and you know that this may not be exactly on the money cause I’m fifteen hundred miles to the left, the core group seems to be based in and around Iowa City and at the center stands the extended Brown family and a whole slew of friends that make some pretty intense music and have ties throughout the Midwest, down through Nashville and over to Texas. And they all play at a restaurant called The Mill that closed down in June 2003 only to reopen a month later because (according to their website) “it was important to many people in Iowa City, where the local landmarks are steadily replaced with cookie-cutter buildings and chain restaurants”. Now…ain’t that something?

I knew the name Pieta Brown because along with her two sisters Zoe and Constie, they had covered dad’s “Ella Mae” on the Going Driftless release, and some have said it was the standout track. Although she had cut her first solo disc in 2002, I completely missed it. When In The Cool was released in 2005. I found myself drawn to her songs, voice and phrasing. And the guitar work was just something else. I knew the name Bo Ramsey from his work with Lucinda Williams and I’d read that he’d backed Greg Brown for years. The official record label press release tells this story about Pieta and Bo: “When Pieta was 17 she went to see Ramsey play for the first time, and leaning all alone against a barroom wall, she was mesmerized. She remembers thinking matter-of-factly, “Someday I’m gonna play music with that guy.” They’ve been friends ever since, and years later, their connection can be felt tangibly throughout In the Cool, lending the record a quality of home, of words unspoken.” It’s one hell of a partnership these two got.

If you read reviews for both In The Cool and 2007’s Remember The Sun, it seems she gets compared to every single living alt-female singer with a heavy emphasis on Lucinda and Gillian. While there is definitely some similarity, when I listen to her it feels like she’s leading me up the mountain and just as we get to the top she leans over and pulls us over for just a second before settling back on the trail. She takes chances and I like that. And as some journalist noted somewhere, she’s a blues singer for people who don’t ordinarily listen to the blues. I get that.

Bo Ramsey….man, I just don’t know what to say about this guy. When I tried to explain to a friend recently what I liked about his guitar playing, it came out that it’s what he doesn’t play that I like the most. Never have I heard a player do so much with one note. Whether using a slide or his fingers, it sounds like he’s applying two tons of pressure to the neck while using a feather. The man seems to keep a low profile on the internet although he has a My Space page with some great pictures of him and Pieta at McCabe’s with Don Was, Peter Case, Tom Petty and Mike Campbell. There’s a label he owns or used to own, and there’s (I think) something like nine releases going back to his days with the Backsliders. I picked up Fragile recently from 2008, and it’s become a constant companion. Latter day Dylan and Ramblin’ Jack come to mind.

In addition to Bo’s playing, he’s got this son named Benson who along with David Huckfelt are The Pines…with three excellent albums now out on Red House Records. (just a note…Greg Brown started Red House and sold it to the late Bob Feldman. Along with Signature Sounds Records in New England, there’s almost nothing that they release that isn’t special.) Bo is the producer and plays a bit, and on the second release my friend Michael Rosseto from the Spaghetti Western String Co. laid down some banjo on it. I have a feeling that there is even a lot more out there that Bo might be doing that I don’t know about, and I wish I did.

There’s a lot more going on in Iowa that I don’t know much about but I’m trying to learn. I hear names and see pictures of folks like David Zollo, Chris Offutt, Dave Moore, BeJae Fleming, Kevin Gordon, Kelly Pardekooper and the Devil’s House Band.

And that brings me to the pictures I’ve put up here….and photographer Sandra Louise Dyas. If the name sounds familiar, it’s because her work has been featured in No Depression, and Grant Alden wrote this about her impressive book in issue #71: “Good photographers, when fully immersed in a place where life is happening, write both history and fancy with their lenses. Sandra L. Dyas, whose work periodically appears in these pages, is more than a good photographer, and has spent more than the usual amount of time in Iowa City clubs (and environs) capturing images for Down To The River (University of Iowa Press). Chris Offutt’s opening words are lyrical, and rendered largely unnecessary by what follows. Like Charles Peterson in Seattle, Dyas shoots from the dance floor, and her portraits reveal the strong voices of the musicians, and the artist. Her style is quite different from Peterson’s, of course, but Dyas’ connection to the community she chronicles is not. A CD sampler completes the package.…”

Here’s a link to Sandra’s new website, and Amazon page where you can get her book and the sampler that comes with it.

And here’s another link. Pieta cut “This Land Is Your Land” in 2007 and it’s available only as a download. It features her friends Calexico, dad’s wife Iris DeMent, Bo and Benson Ramsey. Superb.

Pieta and Bo are playing in Madison on September 10 and Chicago on the 12th. They’re coming out to California too, and they’ll be appearing at my favorite venue AcousticMusicSanDiego on September 18th, the next night at McCabes in Santa Monica and the 20th in Santa Barbara at the Lobero Theater. Could be the three best nights of the month out here in the smoke.

A Personal Note: Back when In The Cool was released, I was the head of sales for her label’s distribution company and along with my devoted and passionate staff of music lovers, this was one disc we were all proud to represent. It was a tough year for retail…but I guess they all have been tough in the past six or seven years. If I could wave a magic wand and do it all over again, I’d love to try and do better…because Pieta and Bo are a national treasure. So listen to me…check out their stuff…go to their shows. 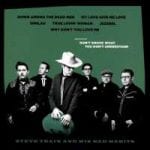 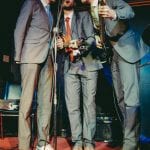