If you don’t already know Los Angeles – based Pi Jacobs and her style of rootsy rock, you’re missing out. Pi, pronounced like the mathamatical constant, is an accomplished vocalist, rock guitarist and multi-instrumentalist who describes her music as an “Americana, bluesy rock thing,” and she couldn’t be more on point. When you add her clever lyrics (that are as deep and heartfelt as any of the best soul music) to her slick guitar playing and sultry alto voice you get a real treat. The Midwest Record says Pi’s style is “Where singer-songwriter sounds are headed,” and Geoff Geis of L.A. Record believes Pi’s singing “is the most potent element of her collection of funky, tight and driving roots rock.” 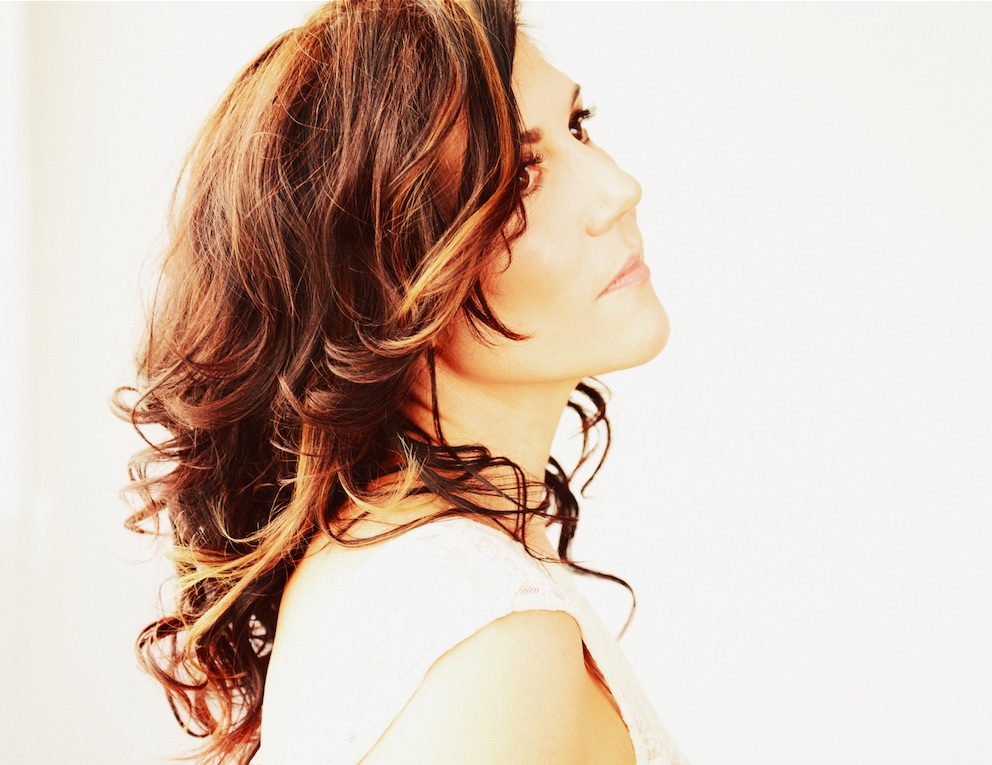 As a child, Pi was enamored by her Mother’s collection of rock and soul-inspired music.  She sang all through school and picked up guitar, bass and songwriting as a teenager. She has spent time in New York and eventually ended up in LA. Pi has six albums to her credit with her latest being her hit, Hi-Rise Ranch. Reviewers and fans alike sing the praises of this collection of toe-tapping and high energy music. This same energy flows when Pi is performing on stage.

Travianna Records’ President, Mark Hodges recognized Pi’s talent the moment he first saw her perform. He recalls how he initially experienced her music:

“As fate would have it, I was surfing cyberspace and stumbled upon a woman named Pi Jacobs. That led me to her website where I was taken by her musical diversity. Delving into her schedule I saw she was going to be playing at Dogtown Roadhouse just 12 minutes from us. So I went.

When I saw Pi’s show, I loved her confidence in who she is and the emotions she openly shares. Her music feeds that emotion into everyone in the audience.  It’s unreal, and her music is extraordinary. This was meant to be from the moment we saw her on stage. I’m really excited about our partnership.”

Pi has a very busy schedule this year including a tour in Europe this spring. For more about Pi Jacobs, her music and her tour please visit www.pijacobs.com.  Music lovers can look forward to a new project from Pi being released on Travianna Records in 2016.