Your ND photographers have been quite busy of late, so it’s an opportune time to share their photographs. Especially so for the two hardest working photographers in the East: Steve Mack and Chad Cochran (both from Ohio). Plus, C. Elliott in Arizona, Peter Dervin and Kirk Stauffer from the West Coast, Carol Graham from Scotland, and a couple of first-timers, John Lynn Fowler and Eric Gordon.

Chad Cochran
Chad got some gorgeous B&W shots of Lucinda Williams, one of which is the lead this week. Faithful readers of this column know how I feel about Williams, so I won’t go too overboard here, other than to say she’s the best singer-songwriter in the whole world, and I’ll stand on anybody’s coffee table in my cowboy boots and say that. Plus, This Sweet Old World is one of two or three essential albums of the year. See her as often as you can.

He also got great shots of rising Americana artist Colter Wall and the established Bottle Rockets. But his pièce de résistance was catching some intimate moments during one evening of Jason Isbell’s six-night stand at the Ryman last month. As if to rebuke Jason Aldean, who postulated that all women country artists sound the same, Isbell had a different female artist open for him each of those nights. On the night Chad was there, fellow Ohio native Lydia Loveless opened. It was quite something by all accounts. He also got some backstage shots, so check them out.

Speaking of Aldean, let me get my dig in here: It’s apparent that he doesn’t get out much. But then again, I’ve said the same thing about male vocalists in straight country with their interchangeable collarless shirts, cowboy hats, and perfectly coiffed 5-day-old beards. Another insight on straight country comes from Tom Petty, who I heard say in a YouTube video, “Country bands are just bad rock bands with a fiddle.”

Steve Mack
Steve, also based in Ohio, got some great shots of Marty Stuart and His Fabulous Superlatives, Jenni Lynn Gardner, the Infamous Stringdusters, the Travelin’ McCourys, and the one and only Ani DiFranco, who never ceases to amaze. Even herself sometimes, I think. Not to be outdone by anyone, he also caught Della Mae with the Shook Twins and Phoebe Hunt. That surely was a show to die for.

Kirk Stauffer and Peter Dervin
Further west, Kirk caught ZZ Ward and Lucy Rose. Meanwhile, Peter was busy with the Hard Working Americans and the Tedeschi Trucks Band on the same bill! As far as I am concerned, we need Snider now more than ever. Besides, I coined this phrase sometime back: “In Todd We Trust.”

Carol Graham
Carol (my partner in crime in Nashville) has been busy as well of late, as she covered the Glasgow Americana festival that just ended and authored an article on the fest was featured on ND’s homepage last week. You also may recall her photos from AmericanaFest and her other features for ND, including Celtic Connections. She was also able to catch a mutual favorite, Rhiannon Giddens.

Eric Gordon and John Lynn Fowler
Also featured are first timers: Eric Gordon’s Joe Louis Walker taken at the King Biscuit Blues Fest and John Lynn Fowler of the venerable Ray Wylie Hubbard, who never ceases to tell the greatest of stories. He should get an episode on Mike Judge’s Tales From the Tour Bus TV series next season.

Final Words
To conclude this week’s adventure in roots photography, I’ll share two disparate performances I saw within days of each other. First was two longtime faves, Lyle Lovett and John Hiatt. Just the two them, six guitars, several tall glasses of tea and two tour buses. They swapped stories, songs, and remembrances and took requests with all the graciousness anyone could possibly offer. While primarily digging deep within their own catalogs, they took time out to pay homage to Chuck Berry and Michael Franks. You know the former, you should get to know the latter, whose 1970s records were pop jazz at their finest.

After the show, Lovett came up to me and swore he knew me from somewhere, and we ended up talking for quite some time. Hiatt stood his ground and grinned. Nice moment shared with two giants who didn’t have to impress anyone, secure in who they are, yet also quite humble as they took nothing for granted.

On the other end of the spectrum were two young’uns joining forces at the Ryman who shook the house, and were thoroughly enjoyed by a most diverse (age-wise) audience: Courtney Barnett and Kurt Vile. Barnett brought her lanquid fierceness and Vile his grunge-like dark atmospheric rock to an intense, yet remarkably self-contained set. While each had his/her fans, together there was a sweet meeting of the minds and a lot of hugs by their fans. To make it even more homey, Jen Cloher (Barnett’s partner) brought her own brand of darkness to the evening’s festive atmosphere, albeit on the plaintive side. That’s a compliment, by the way.

Enough words, let’s get to those photographs now — I cannot recall when I had so much pleasure preparing a column. I hope you feel a similar sense of excitement. 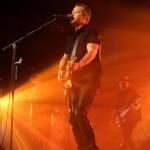 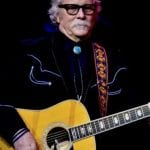