Participate in the Magic with Master Songwriter JD Souther

One of the great singer/songwriters that I’ve marked off my concert bucket list is John David Souther, who I had the privilege to see perform in Cleveland at Nightown during his If The World Was You tour a couple of years ago. At the time, I couldn’t believe my eyes that not only was JD on tour, but that his performance was scheduled at this predominately jazz infused night club. I was also lucky enough to catch his showcase performance in Nashville during the 2009 Americana Music Association conference with a stellar backing band that included guitarist Lee Roy Parnell. Much to my delight, class will once again be in session as the master songwriter will be on tour in support of his new record Natural History.

For those of you not familiar with JD Souther, you will surely recognize many of the songs he has penned over his career. His career began when he moved to Southern California from Amarillo, Texas and wrote many prolific songs during the early ‘70’s along with a group of other talented artists including Jackson Browne, Warren Zevon, Bonnie Raitt, Lowell George, Judee Sill, Linda Ronstadt, Glen Frey and Don Henley. Some of the radio hit singles Souther co-wrote include “Her Town Too”, “Victim of Love”, “James Dean”, and “Heartache Tonight”. But after four acclaimed solo albums ending with Home By Dawn in 1984, JD disappeared for the next 24 years.

The new album returns the artist back into his vast catalog with stripped-down acoustic arrangements of many of his most requested songs including “Faithless Love” and “Prisoner in Disguise” which were recorded by Ronstadt. “Best of My Love”, “The Sad Café”, and “New Kid in Town” were big hits for The Eagles and Souther himself made it to the top of the charts in 1979 with “You’re Only Lonely”. Those are all part of the eleven track record produced by Fred Mollin with many renowned musicians in the backing band including Jerry Douglas on Dobro and Viktor Krauss on upright bass. The most prolific instrument on this record is Souther’s voice, strong and on target much like the recent recordings by Shelby Lynne that I have touched on in columns past. Songs like “I’ll Take Care of You” and “Little Victories” encompass words of inspiration, friendship, and hope as Souther reaches out to literally pick the listener up off the ground.

After moving to Nashville and hitting the road to promote 2008’s If The World Was You, Souther found performing to a live audience enlightening once again. “I just hope it makes people feel those songs. In fact, it doesn’t work if the performer doesn’t feel it too” explains Souther. “You work your ass off at home so that when you get up there, you actually can participate in the magic. That’s what you want it to be. You want it to be an uplifting thing. You want them to have that same buzz that you’ve gotten, it took us some place higher. That’s what I hope for when I go see music”. If JD Souther wasn’t on your bucket list before, make it a point to catch one of his upcoming shows.  For more information visit www.jdsoutherstore.net/store/ 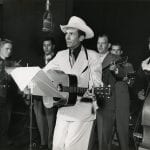 Sing Us Back Together: Ken Burns’ ‘Country Music’ and What it Says about America