NEW YORK, NY – Magnet Magazine might have stated it best when they said – “And now for something refreshingly unpopular: Among all the people who wear giant sunglasses and tight jeans, Singer/songwriter Linda Draper has been kicking around New York’s folk scene long enough to remember her antifolk coffeeshop days with Kimya Dawson and Regina Spektor; she recorded 4 albums with indie-icon producer Kramer (2001-2004).” Despite, or perhaps because of her still somewhat relative obscurity (says Draper with a smile, “I’m a late-bloomer”) – this songsmith kicks off the New Year and is just warming up in her second decade of a music-making career with the release of a six-track collection of what has now become her trademark of timeless song craft. “Pushing Up The Day” (PSR-063) an exclusive digital EP, follows on the heels of Draper’s highly praised LP “Bridge And Tunnel” along with an appearance on the excellent tribute collection – “Beautiful Star: The Songs Of Odetta” (Wears The Trousers Records, UK) which has collected notable attention and praise via indie music bible Pitchfork and other music review outlets worldwide.

Linda Draper’s new digital EP contains a trio of sure-fire classic tracks: “Pushing Up The Day”, “So Long”, and “Pedestal” – the latter two produced by Major Matt (Kimya Dawson, Jeffrey Lewis, Adam Green). Also included on this release is Draper’s latest hit, “Sleepwalkers” (recorded live at KFJC Radio), plus alternate takes of “Pushing Up The Day” and “Bridge And Tunnel”. The Digital EP will be available at i-Tunes, emusic, and digital outlets worldwide on January 26, 2010. Linda Draper will be playing live dates in support of the EP – upcoming performances TBA shortly.

Linda Draper’s impressive catalogue continues to grow each year with appearances on a variety of compilations from around the globe. She continues to garner praise from critics and fans worldwide. Rock and Reprise states -“the music and voice take center stage, simple and direct… Draper is all about substance…genius!”, while Lucid Culture writes “Quietly and methodically, New York songwriter Linda Draper has climbed into the ranks of the elite”. Drawing such comparisons to songwriting luminaries such as Joan Baez, Suzanne Vega, Nick Drake and Joni Mitchell, Linda has still managed to carved out a sound that is all her own.

Over the last several years, Draper has toured in the US and UK, which included
support for Teddy Thompson at The Enterprise Club in London. She has played countless US performances and festivals such as the Athens Popfest (Athens, GA), The Cutting Edge of The Campfire Festival (at the legendary Club Passim in Cambridge, MA), The
International Pop Overthrow Festival, as well as several appearances at the Antifolk Fest in NYC. Linda Draper has had the pleasure of sharing the stage with Regina Spektor,
Kimya Dawson, Jeffrey Lewis, Lucy Wainwright Roche, The One AM Radio, Eric Gaffney (Sebadoh), and Mia Doi Todd, among others. 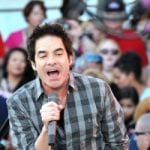 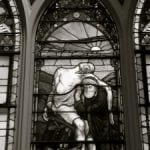 The Old Paths: “Help Me to Sing”