My friend and his family  live in Newtown Connecticut and his daughter attends Sandy Hook Elementary School. I haven’t seen him in quite a few years but we keep in touch the way people do these days, via Facebook. He is involved in music, both a publisher and the owner of a record label. I will say he is one of the more unforgettable people I have known in my life because he is the epitome of what is known in the Yiddish language as a mensch, which is simply a person of integrity and honor.

I was busy yesterday morning checking my ninety-one year old mother out of a rehab facility where she’s been since before Thanksgiving, and getting her settled into my sister’s home, so I didn’t have time for the news. By mid-afternoon as she dozed and I turned on the television, the horror that was taking place in this small town was being splashed all over the screen. In New York, all local programming was pushed aside for the news crews with their endless repeat of the same words offering little information, other than lots of little children were killed in the morning.

I knew my friend was in Connecticut, but didn’t know exactly where. Pulling out my phone and opening up the Facebook app I scrolled though until I saw this from him:

“My daughter is fine… Scary scene here in Sandy Hook at my daughters elementary school. Thank you for your calls and concern…”

And so it began. For hours late into the night I stared at the screen on my phone and later the Mac as I watched this human tragedy unfold through the eyes of this man. “What happened?” people started asking him with their comments.

By now, as the news spread not only in his town and through the country but also around the world, the news cameras caught him and his daughter. A friend from England quickly posted that she was watching him on her telly. And to fast forward briefly to Saturday morning, the story of how he and his wife rushed to the school together to get their daughter was picked up by news services and printed in newspapers coast to coast. He wrote:

“Yes, that little articulate young girl on the news who is telling you about the 7 pops, is my daughter!!”

But back to yesterday. In the late afternoon a question was asked of him about the children of a mutual friend or neighbor. And this reply came back:

“I have _____ , and _____ is unaccounted for. I’m going nuts here. _____  just texted me and told me they have no news yet.” And then he added this: “We have one of my daughters friends here and are waiting to hear word of his little brother who was next door (1st grader). I can’t stop crying….” And as we held our breath: “Our little friend went home today . He was truly a wonderful boy and I treated him as if he was my own son. I am just devastated…”

When he texted next he was on his cell phone and out on the road.

“I am choosing to pull over and watch the most spectacular sunset here in Newtown and trust that The Creator is taking our losses home safely.”

That was pretty much all he shared for the rest of the evening on Facebook, and as I would check in every now and then I started to get more and more upset. On one hand, this social networking tool that allows us the opportunity to stay in touch with friends and relatives, and that allows us to share moments of joy and grief, is a blessing of modern technology and innovation. But on the other hand it is also magnifying glass into the minds and thoughts of people we don’t usually see in realtime, and don’t have face to face relationships with.  In a faceless online community it’s easy to post a joke, make a wisecrack, rant and rave without thought of consequence or feelings of whoever might be reading your words. Lord help me because I am so guilty of this. It sucks not only one’s time, but one’s intelligence and common sense right out of your head and onto the screen for everyone to see.

Last night, I shared with my Facebook friends that I think I need to take a break. I wrote in part:

“As I’m scanning through the news feed tonight I’m seeing a lot of stuff. There’s many posts expressing shock, sadness and condolences. There are raging debates about gun control and mental illness. There is criticism about the news coverage and the gun lobby. There is the usual self-promotion of musicians and various places of businesses, posting of 60’s rock videos, the dog and food thing-y, total unawareness or care as to what happened today, preachin’, posin’ and postin’. So I think it’s best for my sanity and soul to shut it all down for now, and just take some time to process. The jokes, the comments, the politics, the pictures, the memes, the music, the lists, the whole ball of wax…I’m done for now. A wise man once gave me this advice: always ask yourself before speaking…does it need to be said, am I the one to say it, and does it need to be said now? When it comes to Facebook and Twitter, it’s a safe bet that the answer is usually no to all three. So in other words, shhhhhhhh…………”

And this morning, knowing I needed to hear more from my friend on how he was coping, I looked at his Facebook page. This is what it said:

“We lost a wonderful little boy who was destined for a great and wonderful life. He was like my son and he play with my children and was a wonderful older brother to my little son. His parents are our dear friends and his older brother is my daughter’s classmate and one of her best friends. We will miss him dearly.”

Knowing I was breaking my new rule of silence in less than ten hours, I shared his words with my Facebook friends. In ten minutes there were three comments. Two of sorrow, one of political crap. I deleted all of them.

I came here to this site because I know I needed to check in with the community. Been writing here for three years now and many of you have become good friends and advisors. I was glad that someone had posted their own thoughts on the shooting and tied it nicely into the music and lyrics of Kris Kristofferson. I went off in search of my own music of healing, something that would make things feel better.

And I found nothing.

Maybe its just too soon and maybe its that I’m standing too close to it through my friend’s eyes. Music has always taken me away to places of solace and rest, made sense out of the senseless and soothed the soul and the heart. And today I’ve got nowhere to go to. And it just feels empty and alone.

When it gets dark like this for me, and it’s not often that it does, and I have trouble making sense of things…there is one person I do check in with because he usually has something to share that will help. Pete Seeger is my touchstone in music, ethics, spirituality, conscience and guidance. And so this song brought me back here to you. May we all rest in peace. 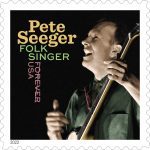 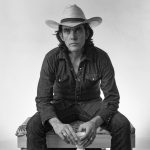