On July 29, the tireless Neil Young releases what is probably his most stridently political and environmentally activist album, The Monsanto Years. Teaming up with Willie Nelson’s sons, Luke and Micah, and their band, Promise of the Real, Young delivers a straight-ahead rock album filled with driving guitars, stomping chants, and repetitious melody lines that forge ahead almost robotically with simple lyrics about the environmental ills and the corporate machinations that suck our souls dry in the modern world.

With simple lyrics, each song could be an anthem to be sung loudly to protest Starbucks’ complicity with Monsanto in passing along genetically modified organisms with their morning coffee (“A Rock Star Bucks A Coffee Shop”)—“Yeah I want a cup of coffee, but I don’t want a GMO/I’d like to start my day off without helpin’ Monsanto.” The album’s title track is even more explicit as it chants over and over the name of Monsanto: “You never know what the future holds in the shallow soil of Monsanto, Monsanto/Don’t care now what the bible said, so long ago/Not Monsanto Monsanto/Give us this day our daily bread, and let us not go/With Monsanto Monsanto/The seeds of life are not what they once were Mother Nature and God don’t own them anymore.”

In “Big Box,” Young issues his screed against the corporatization of towns across the land, bemoaning the loss of independent stores on the one hand, and scoring the values passed along by the Walmarts of the land on the other: Main Street’s empty now/The whole town’s asleep/Mom and Pop got boarded up/In the small business retreat/Display windows and broken glass, not a car on the street/Down at the Big box store/People lined up for more/People workin’ part time at Walmart/Never get the benefits for sure/Might not make it to full time at Walmart/Still standin’ by for the call to work.”

Ever since his days in Buffalo Springfield, Young refuses to stand still in the face of what he perceives as the misuse of power, the corruption and greed of human nature, the destruction of the environment, and the insidious power of love and music both to create and destroy. In his own way, though, Young remains an enigmatic character: writing in his most recent memoir of his love for his wife, Pegi, and then almost immediately after publication filing for divorce from her; protesting again the ills of fossil fuels yet glorifying, almost worshipping, his automobiles, which he had a huge garage built to house. Over the past two years, Young has sat down and written two memoirs in which he carefully spools out his life story. In some ways the books are superfluous, for Young has lived his life in his songs; in other ways, though, these two memoirs reveal a side of Young that the songs mask.

Two years ago, Young published Waging Heavy Peace: A Hippie Dream (Blue Rider Press) in which he admitted to having reached a fallow period in his songwriting, having given up smoking marijuana, and to having a compulsive need to keep busy and try his hand at a different kind of writing. Although he once declared that “it’s better to burn out than to fade away,” Young may have come close to burning out a few times because of health issues—a brain aneurysm in 2005 that required quick surgery, bouts of childhood polio that immobilized him—but he’s never faded away. In his lively, rollicking, high-spirited, and reflective memoir, Young invites us to sit down on his porch for a rambling, infectious conversation about his guitars, his bands, his cars, his inventions, his trains (he owns a small share in Lionel), and his family. He may or may not have peaked, he says, because “other things continue to grow and develop long afterward, enriching and growing the spirit and the soul.” (331)

Young openly shares intimate moments of life with his physically-impaired sons, Zeke and Ben, and his artist daughter, Amber, devoting entire chapters to the ways they have changed his life, as well as to his wife, Pegi, and their life together. Like one of his long, inventive jams, Young weaves crystalline lyrics and notes about friends Joni Mitchell, Linda Ronstadt, and Bruce Springsteen, former bandmates Stephen Stills and the late great pedal steel player Ben Keith of the Stray Gators (whose death devastated Young) with reflections on the enduring beauty of nature, the lasting power and influence of music, and the pleasures of writing this book into a colorful, warm quilt that covers us with Young’s deep love and gratefulness for not having faded away. In Waging Heavy Peace, the more successful of the two memoirs, Young invites us to drink up, drink up, and let him fill our cup to overflowing with his intoxicating reflections on love, life, and music.

Young’s follow up to Waging Heavy Peace, Special Deluxe: A Memoir of Life and Cars (Blue Rider) is not as successful, more rambling and disconnected, yet nevertheless reflects Young’s commitment to engaging in significant political issues as well as to memorializing his love of the chariots of steel and glass he so lovingly adopts into his family. In his well-known song “Long May You Run,” Neil Young immortalizes his 1953 Buick Roadmaster Hearse, which he affectionately called Mort, recalling its glory days and yearning nostalgically for its enduring strength and beauty. In this flat-as-pavement second installment of his memoirs, Young invites us to ride along in the many cars he’s owned over the past 50 years, telling us how those cars drove him through various phases of his musical life and his relationships with family and friends. For Young, cars are living beings, and almost every time he buys a car, the car speaks to him: “I have collected many cars and have had lots of experiences with every one of them. … I just loved the way they looked and got a lot of joy from just observing them from every angle … they talked to me. And I talked to them.” (19) Thus, Young recalls the 1985 Ford Econoline van that provided enough space for his son, Ben, to look out the window as the Youngs traveled, but it also brings back the memories of his good friend Larry Johnson’s death. (267)

Young now owns a number of cars in various states of repair: “The unfinished cars mean something. They represent broken dreams, lost loves, and abandoned ideas. That is the sad part.” (218) Looking back, though, Young regrets the heavy carbon footprint his cars have made; in 1976, he drives his 1975 Dodge Power Wagon about 380 miles and deposits about “411 pounds of CO2 into the atmosphere.” (232) Young devotes the final chapter of this uneven memoir to a long discussion of the value of biofuels and his attempts to turn a classic car into an environmentally friendly one, the Lincvolt. If Young sees the paradox of his love of cars—and driving them and burning fossil fuel—and preserving the environment by using less such fuels, he realizes it late, after he’s already contributed to the damage done by auto emissions over decades and decades.

Young’s fans may discover some new aspects of his life in these two memoirs; they’ll certainly have a more detailed glimpse from Special Deluxe of his ability to measure the impact of his car’s effects on the environment. Does he come off as a more likeable guy than he does in Jimmy McDonough’s Shakey: Neil Young’s Biography? Young never liked that book anyway and tried to stop its publication unsuccessfully when it came out 12 years ago, so at least in these two memoirs we get to hear the stories he wants to share with us told in his own way. As his albums and these memoirs reveal, Young remains quirky, candid, warm, inscrutable, and ingenious, an artist always in search of re-inventing himself and his sound, yet never so busy that he won’t sit down and spin a yarn about the importance of family or his deep love of the world around him. 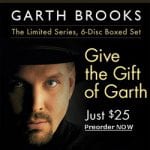 shall we blame it all on garth and walmart?

On Exxon, BP, and the efficacy of my private protests